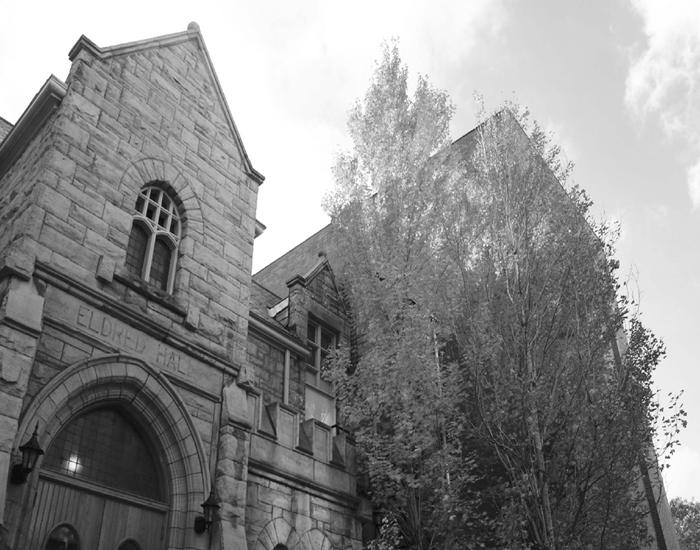 A bright-lit stage, enclosed within dark-painted walls, awaits an audience who applaud enthusiastically. Students and fans slip into seats, eager to engage with the show about to start. Taking the stage is CWRU’s student improvisation group, IMPROVment, who perform every week in the Eldred Theatre blackbox.

The improvisation show this past week was composed of seven games, each of which pulls ideas from members of the audience. The games were stunt double, narrative fairytale, monkey-see monkey-do, whose line, Irish drinking song, translators, and scenes from a hat.

The first game, stunt double, exuded joviality, poking fun at the nature of baboons. With recurrences of the facetious “baboon act” throughout other games, it certainly evoked a slight nostalgic remembrance of the original scene.

Reflecting on his first memories of the IMPROVment shows before he joined, current cast member Anthony Christensen reminisces, “I just found them so funny and I wanted to be friends with that group of people.”

A member of the audience, Michaela Epperson, says, “I thought it was really interesting, the chemistry that they had with each other, and how they fed off of each other’s energy. They’re just such a great ensemble and it was very creative and spontaneous.”

Shifting to the next part of the show, narrative fairytale, someone from the crowd suggested an improvisation act of Superman’s first date. Decided on the spot, it featured sophomore actor Emily Bulgrin as Superman who flew around in Asia, visiting a “friend-store” in Malaysia, seeking someone “more than a friend.” Crackles of mirth spread around the room, bouncing against the walls.

“We seek to make people laugh, have fun, and we have so much fun ourselves. We’ve had a lot of faithful fans, which is really nice. It’s going to be our tenth year, next year of IMPROVment,” stated Eliana Fabiyi, vice president of the student improvisation group.

Moving on to the Irish drinking song segment of the show, which is a mini-musical that consists of the actors singing to a song on the spot and also creating rhyming lyrics. The lyrics build upon the previous actors’ words, developing a story plot along the way. The musical aspect of this improvisation performance adds a bit of a comical effect, with the sung words skipping out and along to the beat.

“We have the honor to entertain people every weekend,” says actor Joe Fennimore.

Each Blackbox show consists of a different set of games, providing an eclectic mix of entertainment and performances every week.

Glad to have joined the IMPROVment group, Fennimore shares, “It really was a nice way to establish a feeling of home, here at CWRU.”