Inconsistent play leads to losses at Emory and Rochester 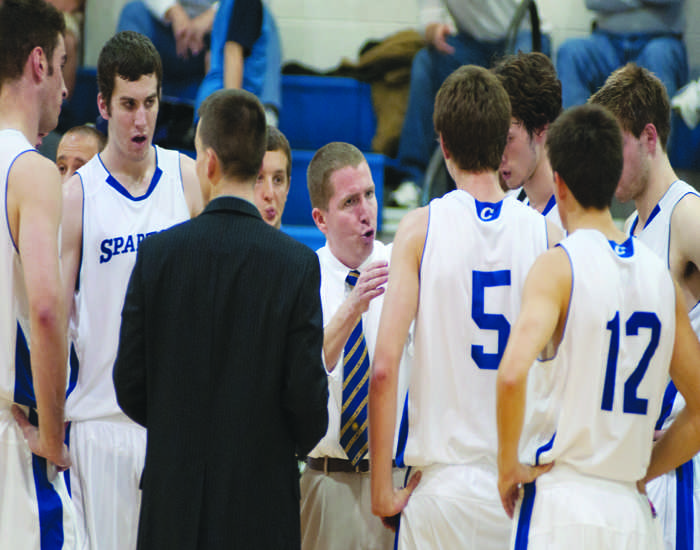 The Case Western Reserve University men’s basketball team battled hard but lost both of their games this weekend during their first UAA away trip of the season. The losses drop their overall record to 8-8 for the season and they remain a winless 0-5 in the UAA. The trip began on Friday, Jan. 16 at the University of Rochester. Despite having three players score in double figures, the Spartans came up short in the 86-68 loss to the Yellowjackets (11-5, 2-3).

Freshman Julien Person had an outstanding performance with a career-high 18 points. He was perfect from the field, shooting seven-for-seven, four of those from behind the arc. Senior Tom Summers also had a stellar game; he was three rebounds shy of a double-double with thirteen points and seven rebounds. Sophomore David Thompson also scored double figures, ending the game with 13 points.

“Our offense was fine, but we didn’t do what we needed to do on defense,” Person explained. The Spartan defense allowed Rochester to score their highest points as a team against a conference opponent thus far in the season. The Spartans went into practice on Saturday with a defensive mindset as they prepared for Sunday’s match against an even tougher opponent, Emory University.

On Sunday, the Spartans again fell on the wrong side of the scoreboard against one the nation’s top teams. The D3hoops.com No. 4 Eagles (15-1, 4-1) remained undefeated at home with the 70-59 win. Junior Austin Fowler had a strong impact on the floor, ending the game with a double-double. He accumulated a total of 13 points and 14 rebounds. Thompson also had a great game, and was just one rebound shy of a double-double. He ended the game with 11 points and 9 rebounds. Summers, the leading scorer and the only other player in double figures, recorded 15 points for the Spartans.

“We did the exact opposite in this game. Our defense was good, but we didn’t get it done on offense,” Summers explained. The Spartan defense proved effective this time around by causing two of Emory’s three leading scorers to score less than their season averages. Additionally, Emory scored their second-lowest team total of the season.

For the Spartans, however, this game ties for the lowest score of the season. The Spartans have their work cut out for them as they prepare to close out January’s game schedule and a four game road trip against Brandeis University tonight and New York University on Sunday.