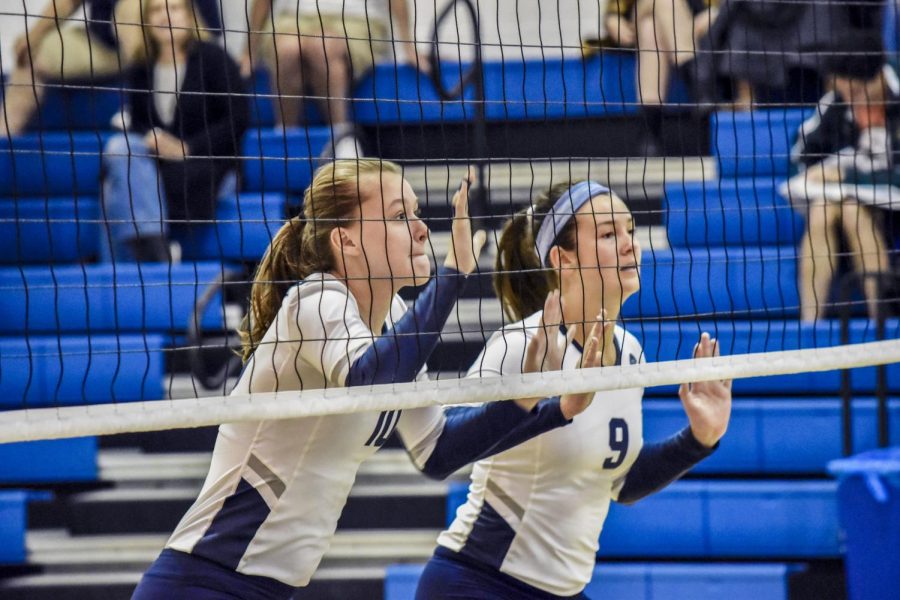 Earlier in the year, one of their top attackers, third-year outside hitter Brianna Lemon, went down with a foot injury and is out for the year. Last season, second-year outside hitter Fabiola Torres tore her ACL and will not play this year either. Now, add to that list fourth-year defensive specialist Noel Jeansonne with a torn ACL and third-year middle hitter Haley Sims with a broken leg, both crucial pieces to the structure of this team. Jeansonne is a captain while Sims anchors the middle of the net.

Still, the Spartans had to trudge their way through two final regular season games. In two very competitive matches, CWRU fell to Hiram College at home on Senior Night and to the College of Wooster on their Senior Night.

Although CWRU lost in three sets to Hiram, their largest loss in a set was only five points and the other two sets were two point losses. Second-year middle blocker Katie Kaminski, seeing an increased role with the loss of Sims, had one of the best matches of her young career. She collected 15 kills and no errors on only 28 attempts. Despite her efficiency, the team as a whole struggled, managing only a .187 kill percentage.

In an even more competitive match, the Spartans barely came up short against Wooster. It was a five-set loss, with the fifth set favoring Wooster 18-20. Third-year outside hitter Karley King was relied on heavily in this match, evidenced by her 63 kill attempts. She ended with 23 kills. Third-year middle hitter Samantha Rodriguez, filling in for Sims, had eight total blocks and seven kills.

Farrell admitted that Wooster’s emotion on their Senior Night definitely added an extra gear to the Spartans’ opponent. Despite that, she was disappointed her team couldn’t close out the fifth set. She also met with several players to discuss what they felt the team needed to do to close out games. She’s preaching to her team to “seize the moment” in these last few matches.

King is having a stellar season as a whole. She leads the team in kills with 335, and is second in the University Athletic Association (UAA). Second on the team is Kaminski, who boasts the third-best kill percentage in the conference at .364. Second-year libero Anna Jaskoviak’s 486 digs rank second in the UAA. And the injured Sims still leads the conference in blocks per set.

On Nov. 2 and 3 CWRU travels to the University of Rochester for the UAA Championships. Ranked fifth of eight teams, the Spartans have to face off against formidable opponent Carnegie Mellon University in the first round. With multiple key injuries, it will be a challenge to succeed in such a tough conference.

“I hope we have enough left in our tank to play as hard and as well as we can,” Farrell said. “We need every player to put forth as much investment and energy into their role as they’re capable of, and if they do, we’ll be competitive.”