Intel Shows its Vision of the Future at CES Keynote 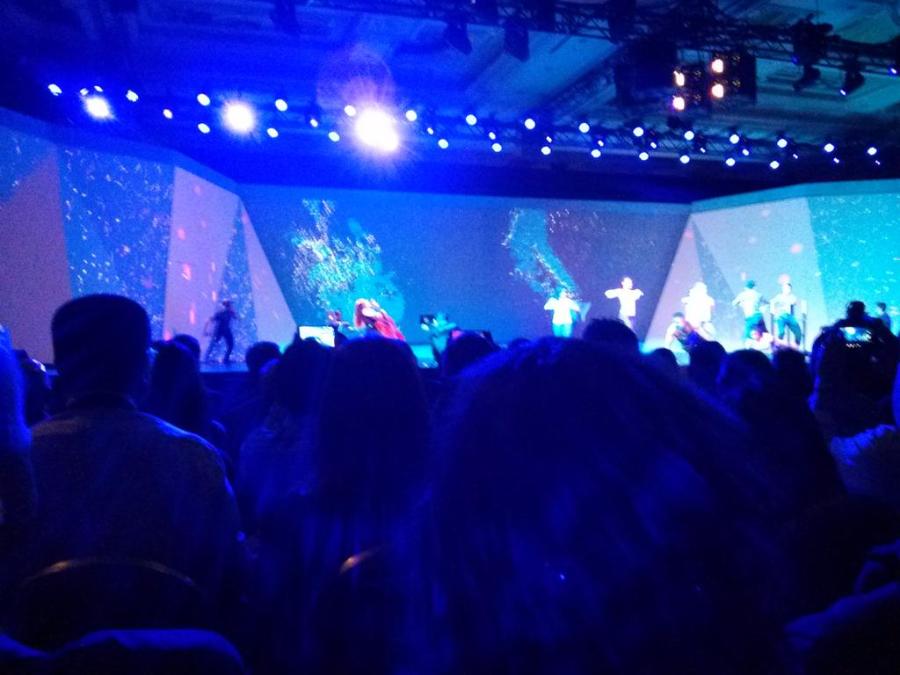 Intel announced many new uses of their technologies at their CES keynote.

After impressing the crowds at CES 2014, Intel was invited once again to give a keynote address to the conference this year. At their address this year, Intel identified three key ideas that they felt would push the technology industry forward. The company defined these ideas as “Computing Unleashed,” “Intelligence Everywhere,” and “The Wearable Revolution.” The keynote showcased how Intel and its partners were using these ideas to introduce the next wave of consumer technologies.

The keynote began with a music and dance performance that showcased the abilities of Intel’s RealSense system, a camera that can record data in three dimensions. After the CEO of Intel, Brian Krzanich, walked onto the stage, he displayed a short video in celebration of the twentieth anniversary of the Pentium processor. Following the video, he introduced the first of Intel’s predictions of the next wave of consumer technology, “Computing Unleashed.” He said that this idea would take computing into the third dimension and make it easier than ever to use our computers.

Most of the products shown off throughout the keynote utilized RealSense cameras in combination with Intel processors to realize their functions to realize their functions. The first product displayed by Intel was the Dell Venue 8 7000 Tablet, the first tablet with a RealSense camera. The tablet was used to demonstrate how easy it was to use the technology in photo based applications such as dynamically changing the focus of a picture after it was taken. Intel also showed the potential applications of using RealSense for hands-free gesture controls with a cooking demo.

Intel’s wireless WiGig technology was also on display with applications such as wireless peripherals and wireless charging being demonstrated. In partnership with Marriott Hotels, Intel is placing its wireless charging technologies in the brand’s hotels starting this year. Another application of the technology, True Key, was touted as Intel’s way of making passwords obsolete by using biometric authentication measures such as facial recognition. The system was unable to recognize the person displaying at first, but Intel assured the audience that it would work better once it was released.

HP brought their 3D printing and graphics manipulation technology to the stage, revealing that their Sprout 3D scanner and their future 3D printers would be powered by Intel technologies. They also emphasized the accuracy of their “multijet fusion” printing process, saying that the printer has accuracy to areas smaller than a human hair.

Intel’s second paradigm of the next wave of technology, “Intelligence Everywhere” was introduced with potential applications within the Internet of Things. Intel attempted to unlock a door using their True Key technology, but the door did not unlock until long after the person trying to open it had been recognized.

Intel fully embraced wearable computing with in their third segment and had a very strong start by introducing their new Currie platform for wearable computing. The module, smaller than a button in size, includes a wide variety of sensor and Bluetooth Low Energy technology. The device will be available in the second half of this year, and Intel is making its source code and designs available to the public.

Intel rounded out the keynote by introducing its Diversity in Technology initiative to increase the representation of women and underrepresented minorities working within technology fields. To this end, Intel devoted $300 million to this cause.