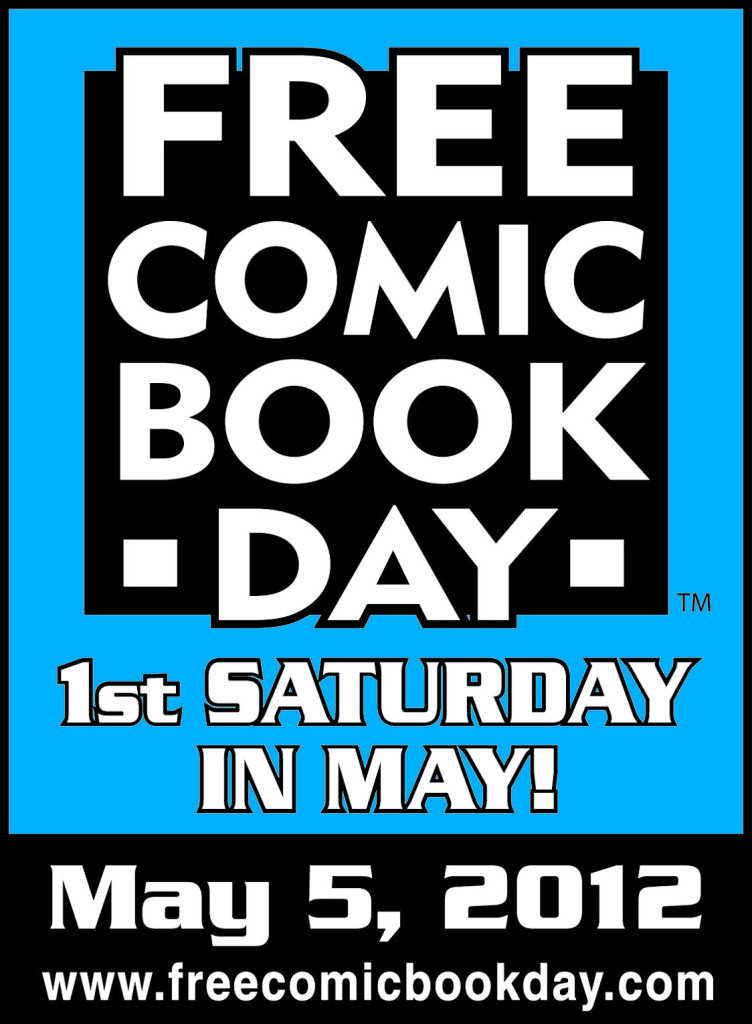 You’ve seen the movie. Now read the book. This summer is positioned to be the biggest one yet for Hollywood superhero blockbusters. Audiences around the world can’t seem to get enough of these modern mythologies, and it just so happens that they don’t have to. There is an unending wealth of stories featuring these big screen record-breakers available in comic book shops all over, a fact that the comic book industry hopes to draw awareness with Free Comic Book Day (FCBD). Taking place each year on the first Saturday in May (this year it is May 5), comic shops around the world offer a predetermined selection of comic books, absolutely free, to anyone who is willing to stop by and take one. It is a tradition since 2002 and is growing in popularity with each passing year.

This year sees the largest ever selection of free comic books. From The Avengers to Donald Duck, The Simpsons to Animal Planet, and Yo Gabba Gabba to Elvis, there is truly something for everyone. Arachaia Entertainment, publishers of the Mouse Guard series, has even upped the ante this year by submitting a 48-page hardcover book of new stories as their FCBD offering. The selection, festivities, and policy (how many free comics each person can have), varies depending on which shop you go to, as John Dudas, co-owner of Carol & John’s Comic Shop (C&J’s) points out, “It started with the comics, but each store takes it in whatever direction they want.”

For years now, Carol & John’s, located at Cleveland’s Kamm’s Plaza, has chosen to go all out. In business for over 20 years, C&J’s is Cleveland’s comic book mecca. Along with its wide selection, and friendly, knowledgeable staff (not to mention the presence of the adorable shop cat, Winston), C&J’s has become known for its year-round events and parties, the biggest celebration being held each year for FCBD. Dudas explains, “We’re not just using this day in the simplistic way of handing out free comic books, we’re trying to expose people to the fun that goes with the hobby.” In past years, that has included a full-costumed reenactment of the race between Superman and The Flash, and an actual luchador boxing match between Captain America and Iron Man.

As in years past, on Saturday, May 5, Carol & John’s will host two all-ages events. First and foremost there will be 10,000 comics to give away, split between the two events, with the largest limit of allotted titles per person around (12 free books per person!), along with other cool freebies for those who are towards the front of the line. So get there, and get there early. The two events include the midnight to 2 a.m. party on Thursday evening which includes Nerdcore DJ’s, live podcasting, free drinks including a special FCBD ale brewed by Cleveland Action Brewery, and photo ops with the movie-quality costumed Star Wars 501st Legion, and the Friday 10 a.m. store opening where kids in costume will get special books, and there will be a raffle for a $100 gift certificate. Either event is kid-friendly, which, to Dudas, is important, “I love seeing kids enjoy the hobby that I enjoyed and learned so many of the principles of my life from.”

No matter which shop you choose to visit on May 5, take some time to look around and see what all the fuss is about. There is a reason why movie audiences return again and again to see these characters, and that reason starts with comic books, and resonates through those who read them. To Dudas, the stories are just the beginning: “If it was about free comics people would walk in, take their free books, say thanks and may or may not come back. But if you expose them to the whole comic book culture, art, music, camaraderie, conversation, costumes, they might realize it’s more than a comic book. It’s community.” A community brought together by stories and characters that magnify human potential through its fundamentals: compassion, bravery, and, oh yeah, humor. Do yourself a favor and visit a comic shop on Saturday, May 5. It won’t cost you anything, but it just may prove to be of great worth. See you in the funny papers.