It’s time to add Simon & Garfunkel to your fall playlist 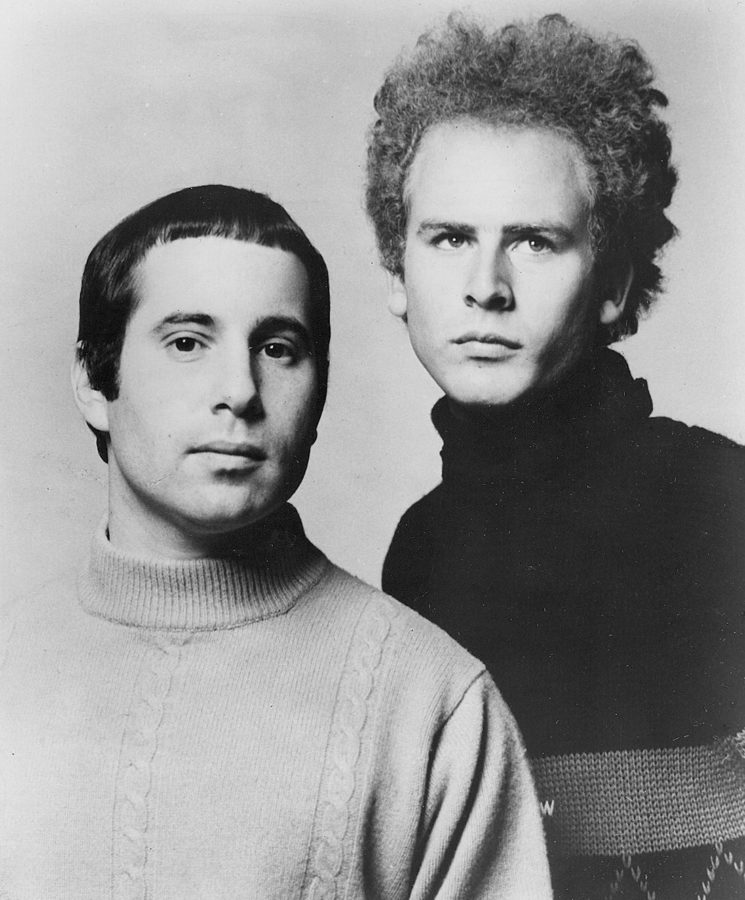 I told my roommate the other day that when I’m listening to music, there’s a 70% chance that it was penned by Paul Simon, and while that’s likely a slight exaggeration, there’s no other time of year where this is more true. Fall welcomes the bittersweet gusts of a fading year, often bringing a deep melancholy that is so pleasantly accentuated by the unassuming comfort of the Simon & Garfunkel catalogue.

Although their discography boasts only five studio albums released over a six-year period, Paul Simon and Art Garfunkel have nonetheless cemented themselves amongst the most successful musical acts of the 20th century. With profound New York City roots, they represent a slightly more conservative take on the burgeoning folk rock genre, recording songs that spanned from Bob Dylan-esque bluntness, to booming symphonic resonance and everything in between.

Success aside, their work speaks for itself—Simon & Garfunkel songs ring with a simple sincerity that humbly inspires a pensive atmosphere, as though you’re sitting right next to them and hearing them play just for you. This rare connection between the artists and listener is perhaps what best suits their pieces for the settling in of fall. Wrapped within their serene music is the gentle urge for us to consider the changes in our own lives as the year droops and descends into piles of autumn leaves.

Simon & Garfunkel’s first album, “Wednesday Morning, 3 A.M.,” garnered a fairly lukewarm reception, most likely because it represented a somewhat foreign sound amongst all the light-hearted pop and Beatlemania that was flooding the airwaves in 1964. Despite this, the maturity of the young duo shines through, especially in the album’s third track, “Bleecker Street.” The soft pattering of an acoustic guitar, Simon’s slightly warbling baritone and Garfunkel’s angelic tenor all interlace together into a tumbling lullaby dedicated to Greenwich Village, the New York City neighborhood that embodied American counterculture in the 1960s. This song has the feeling of an early walk beneath amber trees and a deepening sky, the kind that can only be savoured as the days stretch indefinitely and the hum of temperate sunshine becomes harder to recognise.

The duo’s big break came almost a year after the release of “Wednesday Morning, 3 A.M.” in late 1965 when one of their tracks, “The Sound of Silence,” piqued interest amongst American college students. A re-recording accented with piercing electric guitars was featured on their second studio album, released January 1966, aptly named “Sounds of Silence,” wherein Garfunkel’s ethereal rendition of “April Come She Will” is also found. With a ceaseless yearning, Garfunkel sings for a short-lived but incredulous love that lingers on as the world drifts from the easy contentment of spring to the barren stretch of autumn. This theme of ethereal relationships is carried through to the duo’s next album, “Parsley, Sage, Rosemary and Thyme,” where Garfunkel again solos in the song “For Emily, Whenever I May Find Her.” As Simon’s smooth lyrics fall seamlessly into place alongside Garfunkel’s tender voice, the swirling imagery of husky burgundy and frozen fields pays deserved homage to a love that lies just out of reach.

Washing away the grimness that fall can sometimes bring with a delicate, tranquil glow is a necessity as the months grow darker. In these cases, oftentimes the most powerful tool is a little touch of imagination. In “America,” released in 1968 on the “Bookends” album, Simon recreates a cross-country bus trip he took with a girlfriend. Undeniably drunk on the prospect of adventure, the two absorb an idealistic vision of the United States, one steeped in hope and opportunity. With stark harmonies and clashing percussion, the song quietly acknowledges its own optimistic levity with a guiltful undercurrent, just as we do when we spot colorful trees and exclaim over their beauty, knowing full well that their vibrancy is just their final displays of life.

As we move towards Halloween, the real effects of autumn begin to take hold and the air fills with seasonal decorations of pumpkins, garlands and spices. Paul Simon is known for his excursions into international music, most notably with his Grammy-winning 1986 album “Graceland” on which many South African performers and featured artists loaned their own unique musical expertise. “El Condor Pasa (If I Could),” on the duo’s last album, “Bridge Over Troubled Water,” marks what might have been Simon’s first foray into non-Western sounds. Although he sings an English variation of the 1913 piece, many traditional Peruvian elements lift the song to new heights. It’s almost possible to smell the spicy notes of black pepper, cinnamon and temperate cloves as they warm the atmosphere, mingling with a heavy twinge of a hard rain, or maybe even a fleeting snow.

As fall melts away into a hearty winter, it becomes hard not to miss the stoicism of the in-between season. Perhaps the transition can be eased by the live rendition of “Bridge Over Troubled Water” performed by Art Garfunkel for the 1981 Concert in Central Park, one of the most well-attended concerts in American history. Commonly cited as the duo’s most influential piece, the original “Bridge Over Troubled Water” is a roaring masterpiece of colorful musicianship and heavenly execution. This live rendition, however, is simply Garfunkel, an electric pianist and a drummer, producing an earth-shattering performance that is so genuine and heartfelt that it completely usurps the original version. The sentimental song, so natural in its presentation yet so powerful in its delivery, is the perfect note upon which to close a time of rejuvenation and bundle down for the toils of something new.

So next time you find yourself strolling around Wade Lagoon, tune in to a few Simon & Garfunkel tracks and build your own autumn setlist, no doubt you’ll find yourself falling in love with the season all over again.