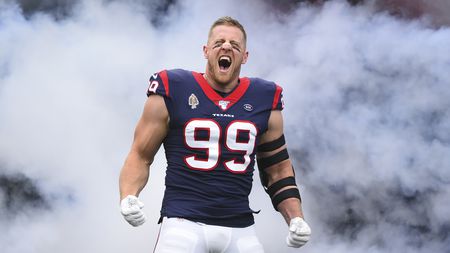 Though J.J. Watt has family ties with the Pittsburgh Steelers and the Chicago Bears, the Green Bay Packers and the Cleveland Browns offer exciting squads and playoff promise.

On Feb. 12, 2021, star defensive end J.J. Watt was granted his release from the Houston Texans.

Within the last year, the Texans have fallen drastically. They finished the 2019 season with a 10-6 record and a playoff win over the Buffalo Bills before everything went wrong. The following week, the team choked away a 24-0 lead in the divisional round to the eventual Super Bowl champions, the Kansas City Chiefs. The devastating 51-31 loss marked another bitter playoff exit for the only franchise that has never made it past the divisional round.

The 2020 offseason began poorly for Houston as well. In March, general manager and head coach Bill O’Brien was vilified for trading elite wide receiver DeAndre Hopkins to the Arizona Cardinals for far less than what he was worth. At the time, Hopkins was a four-time Pro Bowler and 3-time All-Pro star who posted a record 105 catchable targets without a single dropped ball in 2018. The former first-round pick was dealt to the Cardinals along with a future fourth-round pick for injury-prone running back David Johnson, a second-round pick and a fourth-round pick. Given that Hopkins was the heart and soul of the Texans offense alongside rising star quarterback Deshaun Watson, many correctly predicted this move to be a costly mistake.

The Texans held onto Watson for the 2020 season after he inked the second largest contract in the league in September. However, frustrations started piling on at the start of the season and O’Brien was fired after the Texans’ 0-4 start. Assistant head coach Romeo Crennel took over the reins, becoming the oldest head coach in league history at age 73. Unfortunately, Crennel was only able to string together four wins, and the Texans finished the 2020 season with a 4-12 record.

Between poor management and an overall lack of talent, the Texans quickly plunged towards the bottom of the league. Fittingly, the two lone stars, Watson and Watt, sought to escape this faltering organization as quickly as possible.

On Jan. 28, Watson requested a trade and Watt’s request to be released soon followed. Though Watson’s situation remains up in the air, Watt’s release has launched a wave of speculation.

The three most talked-about potential destinations for Watt are the Green Bay Packers, the Pittsburgh Steelers and the Chicago Bears.

Watt’s two brothers, linebacker T.J. Watt and fullback Derek Watt, both play for the Steelers, while J.J. Watt’s wife, Kealia, plays for the Chicago Red Stars of the National Women’s Soccer League. However, both the Steelers and Bears struggle immensely on offense against more competitive teams despite their tenacious defenses. Though both teams would offer family ties, the Packers seem like a clear choice.

The 31-year old is a Wisconsin native who attended the University of Wisconsin for two years before getting drafted by the Texans in 2011. However, signing with the Packers wouldn’t just be a homecoming for Watt. The 5-time All-Pro defensive end claimed that he was looking for a team that was ready to win. In 2020, the Packers were led by quarterback and MVP Aaron Rodgers to a 13-3 record.

Though the team featured a lethal offense, they fell just one game short of a Super Bowl appearance, losing to eventual champions the Tampa Bay Buccaneers. The Packers lacked in their pass rush defense this past season, a hole that Watt could fill. Given that Watt is one of three players ever to win the Defensive Player of the Year award three times, many speculate that the addition of Watt would put the Packers in a position to win another title.

Despite these rumors, there is one team that could be—and should be—in pursuit of the future Hall-of-Famer: the Cleveland Browns.

In 2020, the Browns featured one of the league’s most talented offenses and a defense that, similarly to the Packers, could be drastically improved. The Browns front office has aggressively pursued star free agents in the last few years, bringing in running back Kareem Hunt and wide receivers Jarvis Landry and Odell Beckham Jr. Though the Browns’ defense was imperfect, star defensive end Myles Garrett earned himself Pro-Bowl and All-Pro honors for leading the pass rush. Creating a fearsome pass-rushing tandem with Garrett and Watt would have quarterbacks running for their lives, greatly expanding the Browns’ defensive capabilities.

Furthermore, this signing would put Watt in the AFC North. Not only would he get to play his brothers twice a year, but the Browns could take advantage of the other teams that aren’t Super Bowl-caliber yet. The Steelers’ offense is lackluster, the Baltimore Ravens need more talent in their receiving corps and the Cincinnati Bengals’ defense is a dumpster fire. Playing each of these assailable teams twice a season should be quite appealing to a legend who has yet to taste playoff success.

The Packers, however, offer a similar sweetness, competing in the NFC North with the Detroit Lions, Chicago Bears and Minnesota Vikings, all of whom finished with less than 9 wins in 2020.

Under reigning Coach of the Year Kevin Stefanski, Watt could help lead the Browns to the promised land in Super Bowl LVI. Though the Packers would also be a great fit, taking the Browns—once the laughingstock of the NFL—to their first Super Bowl appearance would be a fairy-tale story befitting one of the greatest defensive players of all time.