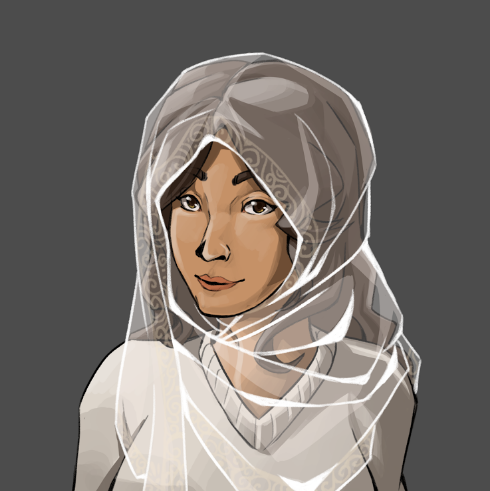 This month, women in hijabs adorned the covers of both Playboy and Women’s Running magazines. Backlash to the former publication manifested itself in the hashtag #hoejabi as supportive congrats were met with condemnation and shaming. Playboy’s feature was journalist Noor Tagouri, fully-clothed, sporting a roguish snarl in lipstick the shade of the star-spangled banner behind her.

Equally colorful is the comments section, where Tagouri’s faith, nationality and moral code are repeatedly questioned by posters who openly admit to never hearing about her work before reading the article (assuming they read it at all). Inherently, Tagouri’s presence is religiously and politically charged because of her hijab: She makes non-Muslim viewers uncomfortable because she is Muslim; she makes Muslim viewers uncomfortable because she is Muslim. Blatant public retaliation makes us wonder if it’s possible for Muslim women—in particular, Arab Muslim women—to be included in American culture without the comorbid stink of orientalism.

The term was examined in depth by Edward Said in “Orientalism,” which was published in 1978. I am making no attempt in this article to summarize this work. I am, however, noting the current manifestation of modern orientalist views—including the shaming of Tagouri on Playboy’s cover.

In the classic sense, the exoticism Americans pin on the Middle East comes from an ethnocentric lens, placing the West at the core and all else as lesser peripheries. Historically, colonizers and imperialists judged Middle Eastern cultural norms and religious practices as inferior to their own values. This happens today when minorities are expected to assimilate seamlessly, whether this means speaking English exclusively in public or—among other things—abandoning religious or cultural practices that are perceived as bizarre, such as animal sacrifices or naming rituals. This is especially troubling when it occurs in a country founded on the promise of liberty for all.

For example, those defacing Tagouri are not exclusively Muslim men, though the presumption that they would be may feel instinctive. We are quick to assign a male identity to her attackers because orientalist perspective paints Middle Eastern men as hostile, regressive and protective of their women to the point of lunacy. The women are submissive and silenced, alluring in their need of a savior—a literal white knight in the harem—who is further fixated with unwrapping them. Reporting from the heart of this narrative, the orientalist not only controls the perception, but occupies the highest rung, the top of the food chain. This view also assumes that all Middle Easterners are Muslim—a fact that is not only ignorant but undoubtedly false.

The depiction may seem dated, but a cursory glance at our modern media is a testament to the perpetual nature of this world view. Playboy—in 2016—could not print a veiled woman on its cover without thousands of new world orientalists whining that she did not belong there. Though our involvement in several nations dates back to the years of their creation, the Western idiom of freedom is reportedly why we choose to invade countries as bearers of democracy, a “step up” from their own governments. Millions have paid the price for this upgrade with their lives or their homelands.

Media vernacular is informed by modern orientalism and fine-tuned to race, religion and nation. When Muslims are attacked in broad daylight—set on fire, shot or bombed—reporters refuse to call those who murder them “terrorists,” a term reserved for dark-skinned gunmen opening fire in Parisian cafes. White men who attack institutions like Planned Parenthood clinics, Sikh temples, movie theaters, malls and elementary schools are spared from the term. They are mentally handicapped, intoxicated, off their medications, operating on their own and not representative of any group. Yet by definition, any violent, political act against human life is terrorism. Though acts of terrorism in countries other than Western nations occur much more frequently, very few Americans know about them due to our media’s selective ear and reluctant tongue.

Modern orientalism is what informs Americans when they wonder why Muslim women wear the hijab, expecting them to take it off—either because the hijab, for them, is a symbol of repression at odds with “American freedoms,” at odds with Christianity, or simply representative of anti-American politics.

The irony is that telling women what they should not wear is just as oppressive as forcing them to wear it. The other irony is that—frankly—American women are not all that free. A very conservative American hand threatens the availability of women’s reproductive healthcare daily in what we affectionately term the “first world.” “First,” of course, according to the modern orientalist.

Hundreds of thousands of women elect to wear the hijab in America. It should symbolize—and only symbolize—a woman’s choice to express her religious freedom. It is almost always perceived as just the opposite. With Tagouri and other hijabis taking political stances and becoming present, active members of American media, I suspect the backlash to subside in the coming years. The age-old adage that Muslim women and all women from the Middle East are damsels in distress (and headdresses) is quickly being replaced with a new, contemporary narrative—one that is not only better informed, but badass enough to appear on the cover of Playboy.

Sarah Jawhari is a graduate student at the Case School of Dental Medicine.