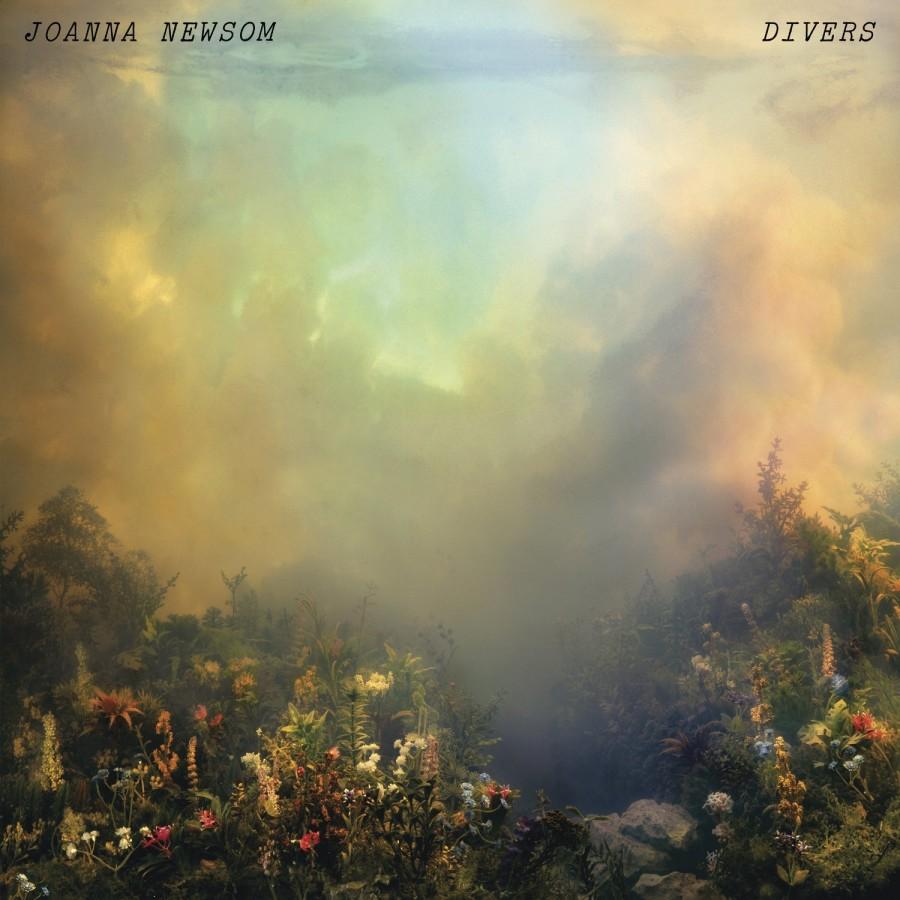 The harpist and singer-songwriter is back with Divers, a concept album focusing on love and the passage of time.

When harpist Joanna Newsom debuted with “The Milk-Eyed Mender” in 2004, the then-22-year-old’s verbose lyricism, antiquated folk instrumentation and “untrainable” voice piqued the interests of listeners and critics alike. Most people, however, viewed the album as a fairly standard folk album by a young woman with one-too-many quirks.

Then in 2006, Newsom released “Ys,” an expansive and emotionally captivating sophomore record. While it only contained five songs, these tracks—with lengths reaching up to 17-and-a-half minutes—showcased Newsom’s storytelling abilities and her emotional maturity. The themes explored there, ranging from miscarriage to abusive relationships to the loss of a close friend, gave listeners a window into the ever-confounding soul of Newsom and left critics wanting more.

Newsom came back in 2010 with another expansive work: “Have One on Me,” an album spread across three discs. While this release suffered from an enormous length that isolated listeners, “Have One on Me” highlighted her songwriting skills and her ability to make catchy melodies supplement her hard-to-follow lyrics.

After five years of silence, Newsom is back. In the meantime, she’s met and married the man of her dreams, Andy Samberg (yes, THAT Andy Samberg). This news can sometimes be bittersweet for a musician’s fans, especially for those who loved Newsom’s tragic lyrics about loss, heartbreak and loneliness. Marriage can sometimes signal the end of an era for artists (see Death Cab for Cutie, Lily Allen etc.).

Despite changes in her personal life and her strong discography, Newsom’s newest album “Divers” is arguably her best and most consistent release, yet it also manages to be her most accessible. The album as a whole is a concept album, a meditation on love and the cyclical nature of time. Newsom may have found true love, but her relationship has fueled insecurity and fear that comes across so eloquently, it’s hard to disagree with the idea that love makes you fear time, as time brings an end to all relationships.

The concept is explored throughout all of her tracks in separate storylines that are all weaved together. “Waltz of the 101st Lightborne” is a space-western story, chronicling a spaceship pilot’s wife waiting for her husband to return from battle. Title track “Divers” explores the similar storyline of a diver’s wife, full of uncertainty and self-doubt. Closer “Time, As a Symptom” argues that “time is just a symptom of love,” that time ends relationships through death or growing apart. The album loops back around here: Newsom cuts off the last “transcend!” in her repetition at the close, only to begin the first track “Anecdotes” right where she left off.

The instrumentation combines that of her previous three albums in a wonderfully lush way, but don’t worry, she still has a few tricks up her sleeve. “Leaving the City,” which I’ve seen best described as “medieval punk,” incorporates distorted electric guitars and live drums, instruments that are staples in modern music but have been intentionally absent from Newsom’s work. “Divers” also incorporates synths to fit the underwater theme. Those who have missed her strictly-harp tracks will feel right at home on “A Pin-Light Bent,” which shows classic Joanna, just a girl and her harp.

“Divers” also gives us one of Newsom’s best tracks to date, and, in my opinion, the best track of the year by far. “Sapokanikan” tells the story of John Purroy Mitchel, “The Boy Mayor of New York,” and his fall from grace. This track seamlessly weaves in references from Van Gogh and both “Ozymandias” poems to reinforce the idea that time erases all works eventually. Follow the advice of Newsom, and be like the hunter in “Ozymandias.” Listen to this emotional album, “look and despair.”