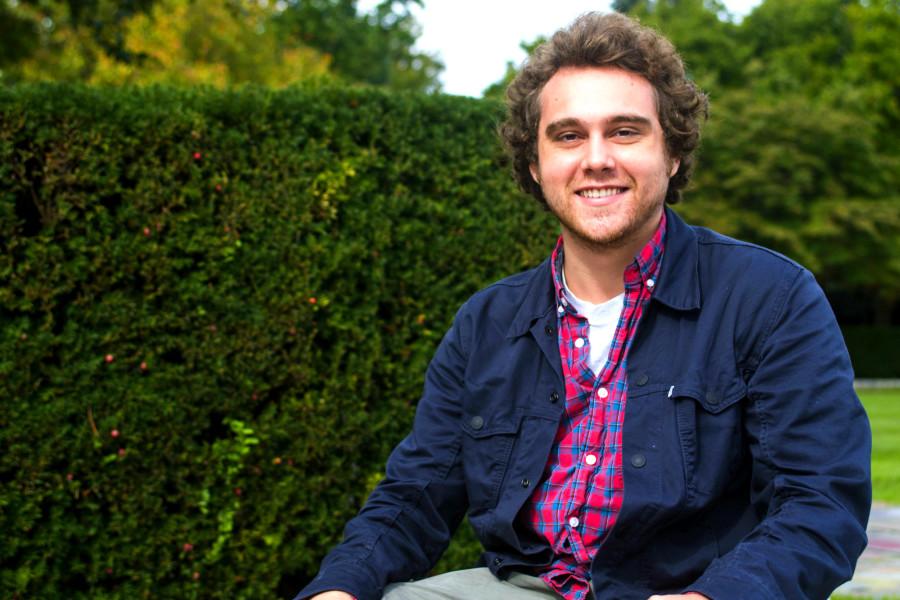 John Brogan, 22, is a fourth-year cognitive science major and works at the Office for Sustainability. Recently, he wrote a book titled “In Reflection of Nature.” The memoir tells the stories of Brogan’s travels throughout different U.S. parks and how they changed his outlook on life and ability to cope with his mother’s cancer diagnosis. The book, a by-product of a paper Brogan wrote for a cognitive science class, was Brogan’s “process of grieving death through nature and self-reflection.”

Brogan did not start his college career at Case Western Reserve University, but as a pre-med student at Ohio University. After his mother’s diagnosis of stage four breast cancer, he decided to return home to his native city of Cleveland Heights and live at home with her. He likes CWRU because of its competitive nature and the cognitive science department, a subject that Brogan is passionate about. His relationship with his mother was close because she raised him by herself.

In his third year, Brogan decided to take a trip over the semester break to Arches National Park in Utah to see how well he could hike and camp by himself without the help of technology. Through this time alone in the park, Brogan found hope and a connection to nature and decided to continue to do more physically challenging trips on weekends when his mother was doing well. According to Brogan, the title of the book is not only a reference to physical nature, but to human nature as well. He is fascinated with human behavior and actions, therefore his book is also about reflections on human nature and his responses to events in his life.

Cindy Brogan passed away one week before the book was published, but she was able to read it and enjoyed it. Even though Brogan had not planned to ever write a book, he is now already planning his second book and continues to write poetry. He is proud of his first book and hopes that it can help others in their own grieving as traveling and connecting to nature helped him. He wants people to learn about nature and its powerful effect in healing.

Even though Brogan has had to deal with grief and trauma throughout his life, he is doing what he loves: writing, reading and studying cognitive science. He does not know yet what he will do after graduation and he does not have any trips planned at the present. He does know that he wants to continue to challenge himself to travel more and spend more time in nature to continue his journey of self-exploration. He is working on a second book that will include more of his poetry and be more fictional than his memoir. For now he is enjoying his remaining time at CWRU in cognitive science classes and his work with the office of sustainability on recycling research.

“In Reflection of Nature” is available on Amazon and will soon be available at the school bookstore as well as Mac’s Backs on Coventry Road. Brogan also has a blog where he shares pictures and poems: johnbroganwrites.com.