Johnson: The problem with female superheroes 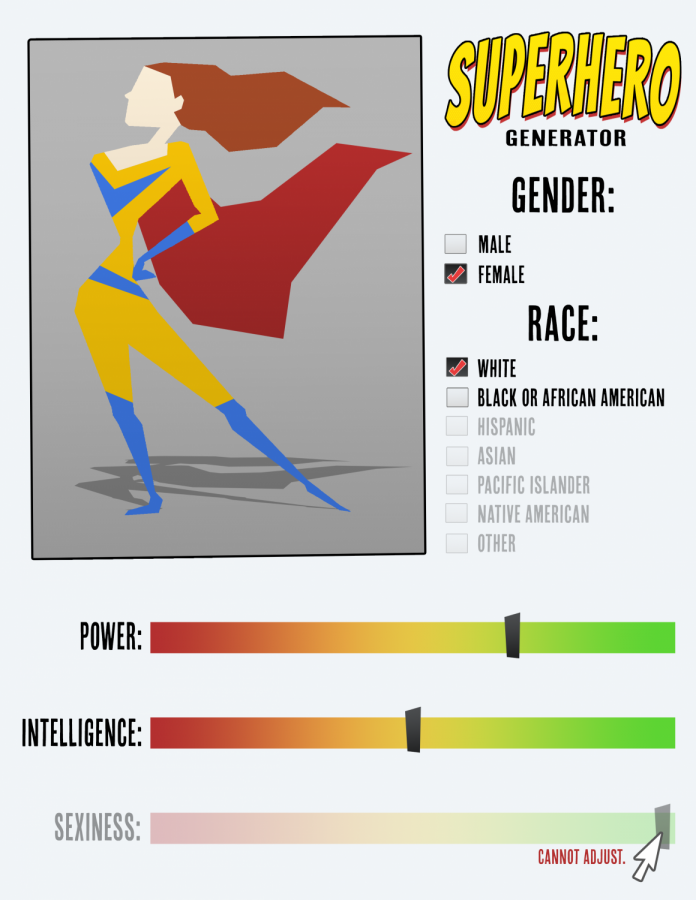 Superheroes are a large part of our modern culture, and just about every one of us has a favorite. However, we rarely acknowledge the continued problem of extreme female sexualization of superheroes.

Whether you’re a DC or Marvel fan, both universes portray women in a certain light––and that light isn’t necessarily the most flattering. For DC, Wonder Woman, Catwoman and even the recently televised Harley Quinn, wear incredibly tight and revealing outfits. Their movements are highly physical and involve close contact with the villain rather than utilizing a weapon or a tool of some kind that keeps them at arm’s length, allowing for an ample amount of close-up shots.

The same can be said for Marvel superheroes, including the highly popular Black Widow, Gamora and Scarlet Witch—who are not only sexualized by their outfits, but also other attributes of their characters.

Their eroticized combat appearance coupled with the constant flirting with male characters minimizes these women to sexual objects rather than thinking beings.

Female superhero outfits are associated with a certain type of body. Small waists, big breasts and curvy hips adorn the pages of comic books and movie screens. They aren’t portrayed with the muscular intensity of their male counterparts, but rather what is deemed the “ideal” female body.

Why is this problematic?

Personally, I wouldn’t want my daughter to see these supposedly powerful and strong women as a role model—someone to dress up for during Halloween. They embody the stereotypical bodies that men seem to prefer, rather than showing my daughter that you can be strong and capable without having to be unrealistically built to the Hollywood level of beauty.

In today’s age, it’s great to see so many women take the center stage in these universes along with their male counterparts, but there is little to no diversity in what they look like, including race.

With the exception of the Black Panther franchise, the majority of female superheroes are white women; there is little to no Asian, Latina, Indian or Black representation showcased on the big screen. While there is more diversity among the male superheroes, with Black characters such as Nick Fury, Black Panther, The Falcon and War Machine, the overwhelming majority of male heroes are still white.

What kind of message is this sending to young children?

That people of color can only be superheroes if they’re men? That you aren’t capable of great achievement if you’re not a white woman? That you’re unable to embody any sort of superhero-like tendencies if you’re not this ideal body type?

This hyper-sexualization of female characters further takes away their legitimacy; people only view them as beautiful bodies rather than strong and impactful women who have a voice and power like the male counterparts.

As our society evolves and becomes more aware of the importance of characters with different body types, races and ethnicities, hopefully these franchises adopt the same awareness and create more diverse characters and storylines. It is imperative that we put pressure on these institutions to provide a more diverse character list in order to make sure that they’re being as inclusive as possible, while also not objectifying or fetishising women.

It is possible to achieve these things. I just hope they do it soon. I’m tired of looking at only one type of woman on the screen and seeing them create body standards that just aren’t possible.

Stop sexualizing and start showcasing. Is that so much to ask for?