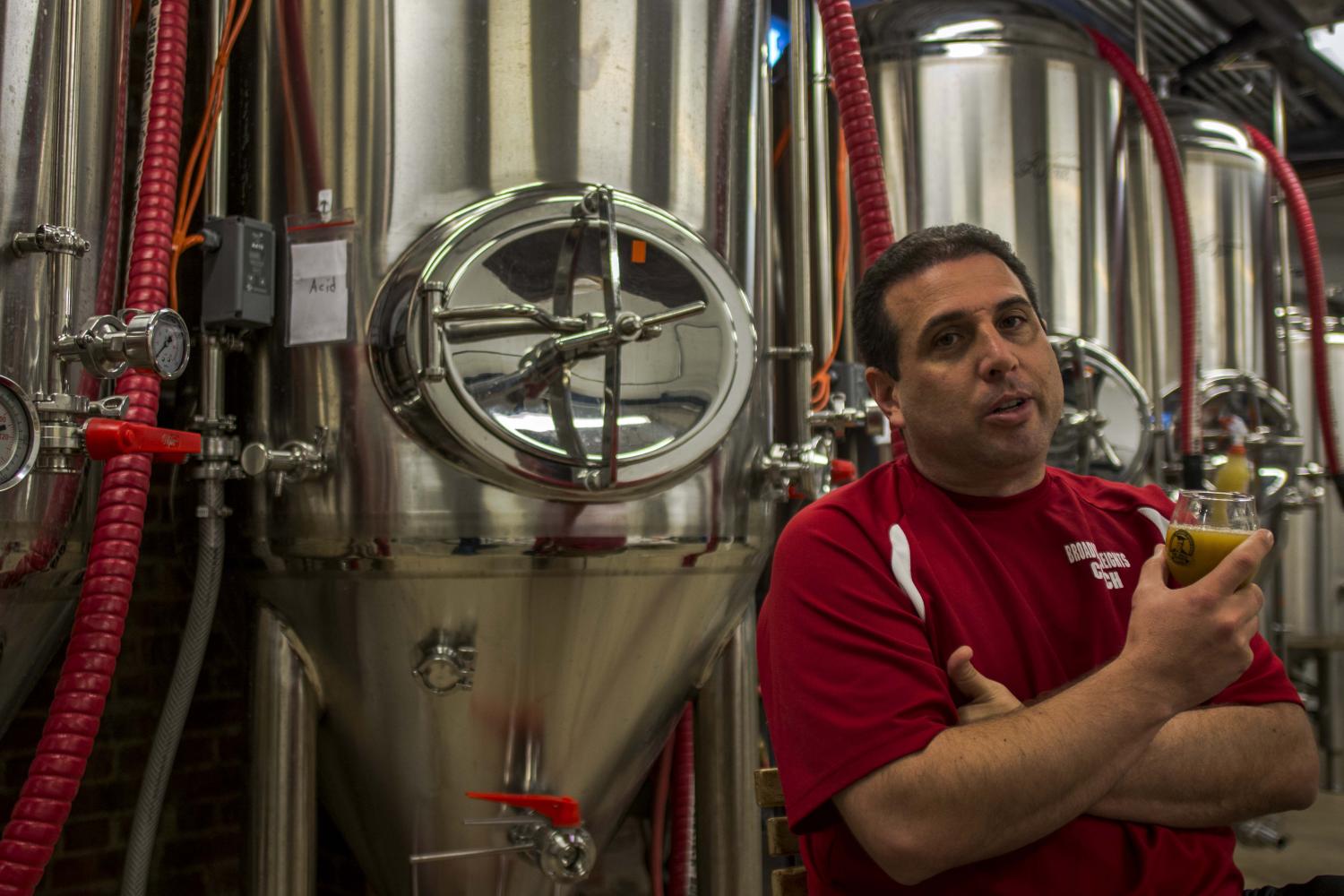 The Jolly Scholar celebrated the opening of its brewery project from Sept. 8-10.

The smells of juicy burgers and barbecue brisket drift through the air. The big game is playing on television screens above the bar, and a satisfying craft beer made right there at the brewery is in hand.

The Jolly Scholar was packed during its Launch Party on Sept. 8-10, which featured All You Can Eat Wings, the Cleveland Browns’ season opener and most importantly, at least 24 craft beers brewed right there in the brewery.

This past weekend was the debut of the brewery, where patrons could enjoy $5 Howler Fills on Friday. The Jolly Scholar was also the venue for the UPBeats concert on Saturday and a viewing of the Browns’ game with All You Can Eat Wings and fries on Sunday. The launch of the brewery is a huge milestone for the restaurant, but it’s just the beginning of future plans to educate young drinkers.

“One long term goal is to put beer in Cleveland outside [the Jolly Scholar], but to first and foremost take care of filling our taps and giving beers to CWRU kids,” said brewery president, Matt Vann.

The brewery offers a wide variety of beers to students and the public. The Launch Party featured IPA, ale, lager, goose, stout and several others. They plan to offer more varieties in the future, based on the season.

“We’re going to brew anything and everything,” said Vann. “If there’s a style that we think is right to put on or the time of the year is right, or it’s something we just think we want to do, we’re going to brew it.”

One of the next steps for the brewery is to branch out into education.  Head Brewer Aaron Wirtz is looking to take an educational approach to the science behind creating a craft beer to students.  Eventually, he and Vann hope for it to be added into the school’s curriculum.

“I think we’re a learning brewery,” Wirtz said.  “Because we’re tied into the university, there’s an opportunity to educate our drinkers, but also in the future to get CWRU classes to study and understand the science behind making beer.”

Both Vann and Wirtz view the on-campus brewery as a unique opportunity.  The brewery aims to share their approach to classic beers with non-students and give them a fresh encounter.  In addition, they hope to give students an excellent first experience and create a loyal customer base.

“We have a young audience of college students,” Wirtz said.  “I want their first experience with beer to be something they’re going to enjoy, and kind of give those younger drinkers an experience that they will come back for.”

A future goal of the brewery is to enable students to take classes revolving around the science involved in the brewing process.

“The biggest thing I’d like to add is how strongly science driven [Wirtz] is, and the fact that I think this can be a really great thing if the university can come around all the way to match his talents,” Vann said.  “I think it can turn into a minor.”