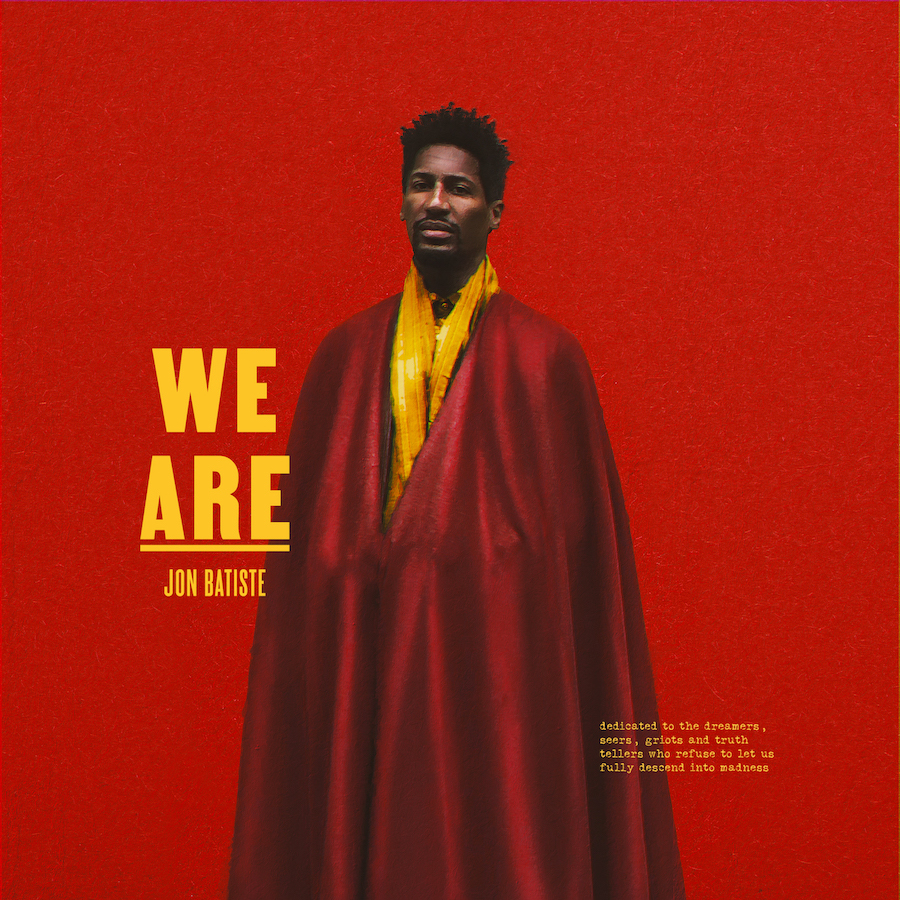 Experience the culmination of seven years of work in Jon Batiste's new album.

“We look around for the answer, for somebody to save us, to understand who we are. I look around at the time that we’re in and that’s the question and the answer. We are? We are,” musician Jon Batiste said when discussing his new album “WE ARE,” which came out on Friday, March 19.

The concept of “WE ARE” has been in the works since 2014, when Batiste and fellow musician Marcus G. Miller would write together in various locations, including Batiste’s apartment and random flights, before eventually recording at Electric Lady Studios.

“The essential ingredients for this album were assembled then: the desire to bring the essence of jazz beyond its traditional audience, draw from the rich musical heritage of New Orleans and speak to the universal needs of a healthy culture,” Miller writes in a brief introduction of Batiste.

Despite initial progress on the album, further work was postponed until late 2019 due to the general social and political climate of recent years alongside Batiste’s role as the bandleader and musical director of Stay Human, the house act for “The Late Show With Stephen Colbert.”

“I look at my role as an activist and a musician under the one umbrella of being a human,” Batiste explains. “I just try to be the best version of myself and that creates opportunities for activism and music and everything in between. It’s all one.”

Music and social advocacy have often been intertwined. “If you get people together and you make people feel the same emotion at the same time, it is a lot easier to have nuanced conversation and dialogue,” Batiste said, citing the civil rights movement. “It is just the oldest trick in the book!”

Keeping in theme, in April of 2017, Stay Human performed for the March for Science rally at the Washington Monument, and last summer, Batiste marched in Black Lives Matter protests before playing a protest concert at the Barclays Center in New York City.

Batiste has been heavily involved with activism, winning the Harry Chapin ASCAP Humanitarian Award in 2017. His profile has also grown considerably in recent years, as he was listed in the 2016 Forbes “30 Under 30” music list, was awarded the American Jazz Museum Lifetime Achievement Award and received three Grammy nominations. For his work with Nine Inch Nails band members Trent Reznor and Atticus Ross composing a score for the Disney and Pixar-produced film “Soul,” Batiste has received acclaim and accolades, including an Academy Award nomination for Best Original Score.

“Soul” features Pixar’s first Black protagonist, Joe Gardner, a middle school music teacher from New York City who dreams of a life playing jazz. Batiste worked on the film soundtrack for more than two years, and the soundtrack eventually went on to be one of his favorite parts of his creative legacy.

The film begins with a scene of Gardner playing the piano and teaching the middle school band. “I wrote the dialogue in that scene and it was improvised … When I first saw the film, it was a surprise because I didn’t know that that would open the movie,” Batiste said.

“How he’s playing and the words that he’s saying were just so me.”

Although Batiste has become a household name, he admits to being introverted growing up. “Some people say I didn’t speak until I was ten,” he said. “You can go through seasons in your life; where you are now is not where you will be.”

Batiste grew up in Kenner, just outside of New Orleans. He credits the South for his slow pace and reflective nature, praising Louisiana in particular for its cultural diversity, which is reflected in traditions like Mardi Gras and its multinational architecture.

Batiste recorded some of “WE ARE” in New Orleans, as well as in New York City and Los Angeles. “As a creative, we’re sensitive to environments and there’s almost no choice in how it seeps into the work,” he said. The setting, the people around him––or lack thereof, if he’s working alone––the instruments and microphone he’s using, even the shoes he’s wearing, all impact the work.

The initial drafts of the album were recorded in a six-day session with songwriter Autumn Rowe and producer Kizzo in Batiste’s dressing room in the Ed Sullivan Theater, formerly Carol Burnett’s dressing room.

The Ed Sullivan Theater has hosted legendary musicians like The Beatles, James Brown and Elvis Presley. “I like to believe that all that energy is just there and you don’t have a choice, that’s why you have to choose carefully where you want to capture your material and where you want to create,” Batiste said.

Batiste calls “WE ARE” an “expansive, genreless … Black, pop masterpiece.”

“It is a novel, and if you close your eyes, it is a movie … It is one piece,” he said. “You just listen to it in one sitting and you will leave feeling full, like a 45-minute meditation you can take every day.”