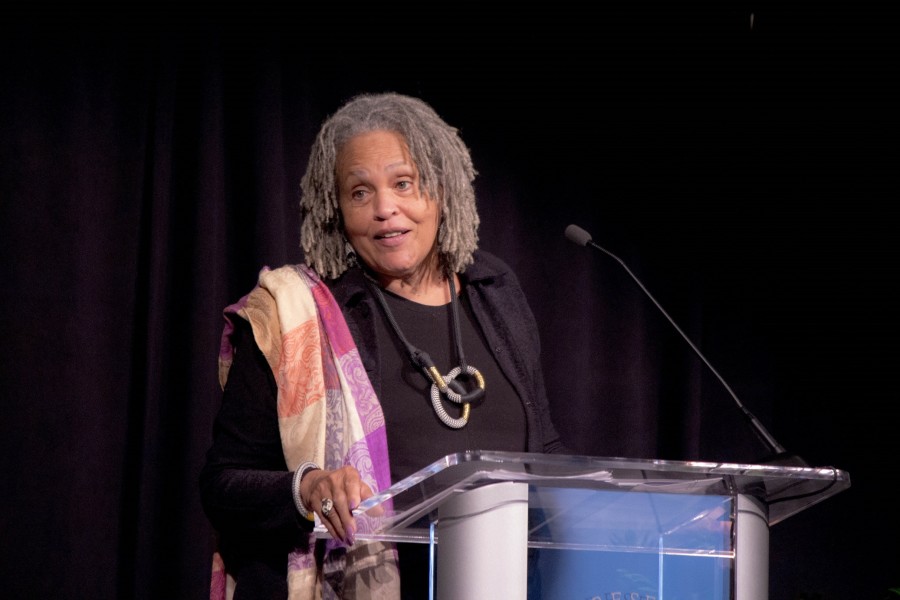 She was the first African-American woman to enroll at the University of Georgia and one of the first two African-American students to integrate the university. She is a revered journalist and correspondent who has worked for big names like The New York Times, PBS and NPR.

Her name is Charlayne Hunter-Gault, and on Jan. 23, Case Western Reserve University had the honor of hosting Hunter-Gault at this year’s Martin Luther King Jr. convocation.

Hunter-Gault began her speech by connecting both old and new through the 2014 movie, “Selma,” which was based on the 1965 Selma to Montgomery voting rights marches. She noted that the film was significant in that two shows sold out the same day and that 99 percent of the audience was white. Hunter-Gault praised the movie, saying it can serve as an opportunity for dialogue between people of different backgrounds.

She also mentioned how, in her youth, she aspired to be like comic-strip character Brenda Starr, an adventurous, savvy reporter. For that time, her goal was not entirely realistic. Nevertheless, Hunter-Gault’s mother never discouraged her daughter.

Hunter-Gault continued her backstory by moving on to her collegiate years, which were unsurprisingly arduous. The fact that the academic Hunter-Gault ranked third in her high school was overshadowed by her skin color. In fact, enrolling at the University of Georgia required a team of lawyers.

With the help of her legal team, Hunter-Gault and her high school classmate, Hamilton Holmes, were able to enroll at the university in 1961.

Unfortunately, during her stay, she faced threats and violence. People shouted protests when she and Holmes registered for classes. This was merely the welcome wagon to the discrimination that continued.

At one point, a crowd of 1,000 surrounded her dorm and threw firecrackers, bottles and bricks at her window. Regardless, Hunter-Gault held strong.

She recalls that, for one day, she became queen of the school after winning a fundraising contest. This crown became a sort of symbolic armor and allowed her to withstand the racism and hatred with her head held high.

One of Hunter-Gault’s fondest memories was when she was personally congratulated for her bravery by Martin Luther King Jr. at the age of 19.

Turning back to the present day, Hunter-Gault said that she believes there needs to be progress not only in America, but also worldwide.

Hunter-Gault also believes that the Civil Rights Movement is as relevant today as it was 50 years ago. However, she also said that President Barack Obama’s elections shows how far the country has come.

She emphasized the importance of judging another not by their skin color, but rather by their character. Despite her struggles and barriers, Hunter-Gault has not allowed her high spirits to be dampened and does not believe in hatred.

True to her buoyant character, she invited all to stand and sing “Ain’t Gonna Let Nobody Turn Me Around” with her, ending the convocation with the present venerating the past with a promise for a better future.