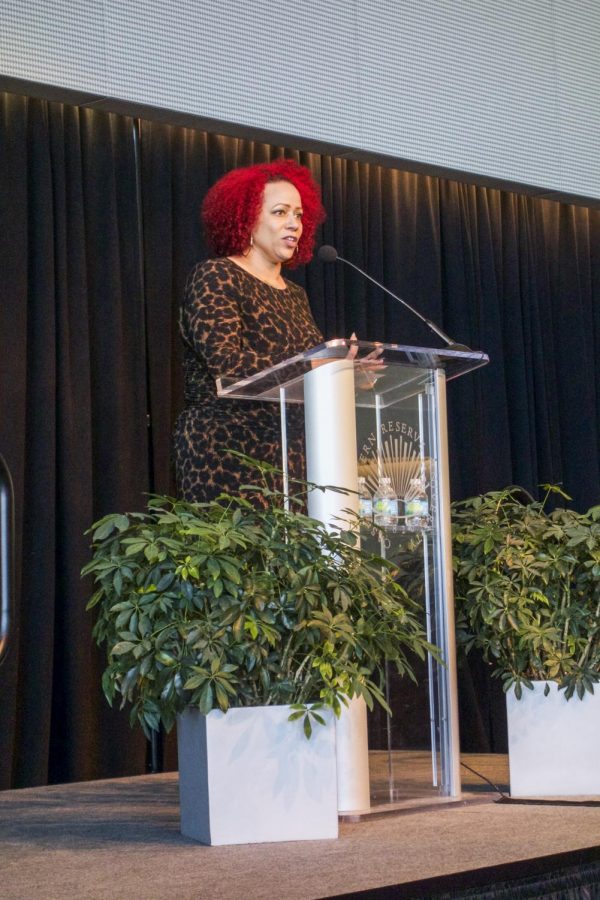 Known for her prolific work on systematic segregation in the United States’ educational system, Hannah-Jones weaved aspects of King’s revolutionary legacy into her passion for highlighting the educational inequalities experienced by African-American and Latino students from low-income neighborhoods. She mirrored King’s skills as an orator by unpacking racially-charged topics without seeming to make the audience feel threatened or guilty.

“Dr. King has become homogenized,” she told the audience. “We have come to use Dr. King as a caricature; as a caricature to pretend that we have made far more progress in this country than we actually have.”

Hannah-Jones sees this homogenization and whitewashing of King’s legacy as a disservice, especially in a political climate that is prompting the reversal of the same policies that King had initiated. To showcase the tensions at the time, the journalist included photos of Ruby Bridges, the first African-American child to attend an all-white elementary school in the South, surrounded by an angry mob of White men and women being held back by U.S. Marshals. She argued that segregation has been underhandedly reintroduced into public schools today through carefully chosen political actions, not mobs.

The audience at the MLK convocation was a mix of old and young. Students and residents near and far in the Cleveland area walked away with much information regarding today’s public school districts.

“I thought she was very, very powerful,” says Melanie Crucitt, CWRU alumna. Crucitt discussed how some information regarding the Cleveland public school system surprised her.

“I need to go home and read some of those speeches,” she said.

Jahci Perry-Richardson, a first-year student at CWRU, admired Hannah-Jones’ honesty and straightforwardness. She felt that it was important that Hannah-Jones mentioned that segregation was systematic.

Hannah-Jones did not want to curb the urgency of her speech with false optimism.