Streaming recommendation of the week 2/19/21 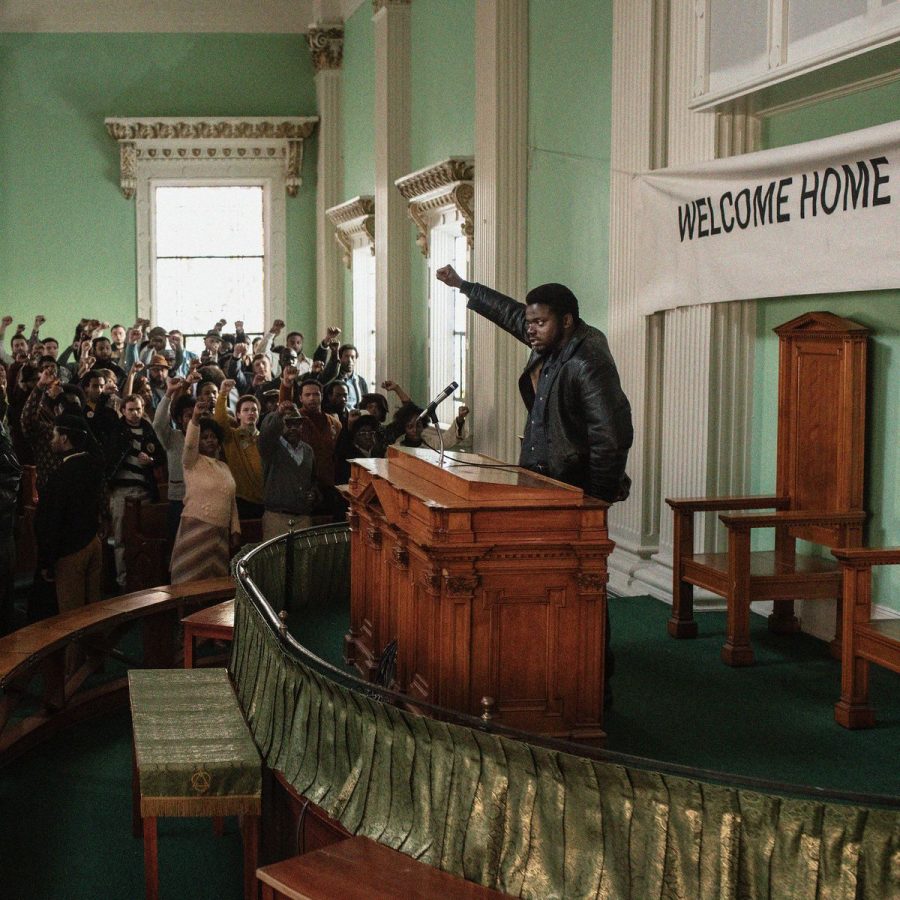 Daniel Kaluuya has garnered critical acclaim in his performance as Fred Hampton, chairman of the Illinois Black Panther Party.

Much of Black history has been hidden or distorted in America; the story of the Black Panther Party is a prime example. Black radicals have never been accepted as the standard-bearers of the civil rights movement, as textbook narratives have typically included more conciliatory and incremental figures without mentioning all those sacrificed along the way. The story of how the Black Panthers strove to defend their communities by any means necessary and then were completely decimated by our government doesn’t fit well into our national narrative. This is even more true in Hollywood, an industry which more often produces films like “The Help,” “The Blind Side” and “Green Book,” where racial reconciliation is a matter of simply being nicer, than films like the 1992 biopic “Malcolm X” directed by Spike Lee.

This all makes “Judas and the Black Messiah” an all the more surprising film, from its sheer existence to its execution. The movie does what few films would dare do: make you not only sympathize with the Black Panthers, but identify with them. Set in the late 1960s, the film follows the real story of FBI informant Bill O’Neil (Lakeith Stanfield) as he infiltrates the Illinois chapter of the Black Panthers in order to get closer to their charismatic leader, Fred Hampton (Daniel Kaluuya). O’Neil is entrapped by the FBI, working with them to survive, as he subverts the Panthers’ goals while also becoming more engrossed in the group’s ideals and message, finding they aren’t quite the terrorists his FBI contact Roy Mitchell (Jesse Plemons) describes them to be. Along with O’Neil, we find that the Black Panthers are many things: a community institution that provides free breakfasts for impoverished children, a militia that provides protection for businesses and also a violent group that brutally punishes traitors and mercilessly murders law enforcement officers.

However beyond all that, we see through O’Neil’s eyes something truly special—Hampton and his raw personality. Kaluuya masterfully plays Hampton as a great orator, organizer and silver-tongued salesman while we see him create the multi-racial “Rainbow Coalition” of oppressed groups. His struggle to find his place and what it means to be a revolutionary as well as a prospective father is engrossing and touching. One scene, that sells the entire movie, takes place after Hampton’s release from prison as he wraps his audience in his aura, chanting, “I am a revolutionary!” At the same time, we see O’Neil and Mitchell stare each other down as the tension grows, creating a scene that truly captures the energy of the movement and the sheer force of nature that was Fred Hampton.

And that nature is precisely why the FBI had to kill him, using O’Neil’s help. It is here the film slightly falters, as Martin Sheen’s portrayal of FBI director J. Edgar Hoover borders on parody. If the uncanny makeup wasn’t off-putting enough, scenes where Hoover rants about the importance of preventing their white daughters from bringing home black men just felt more like intentional script writing than genuine speech. The dynamic between Stanfield and Plemons—on the other hand—is riveting as both actors’ respective desperations in their work play out, with the inevitable end to the operation approaching.

The film ends exactly as one would expect in a biopic about Hampton, but remains shocking, if not soul-crushing, all the same. In a year where the stories of George Floyd and Breonna Taylor have inspired millions to take to the streets, this film reminds us of how far we have come yet how far we have to go.

Director Shaka King’s exploration of the Black Panther Party will hopefully be the film’s ultimate triumph. In a scene where the mother of a murdered cop-killing Panther is grieving over her son with Hampton, she remarks, “He did that. He did that. But that ain’t all he did … It don’t seem fair that that’s his legacy.” Indeed, the violence of the Panthers should not be its legacy today. Yes, they were militant and extreme in their actions as they carried out their armed patrols, practicing their Second Amendment rights. However, to them this was in pursuit of protecting their communities from a tyrannical unjust system. The good they did for their neighborhoods should not be overlooked, from the medical clinics they built, to the children they fed, the communities they rallied and the money they distributed.

The narrative of a righteous and sympathetic Black Panther Party may never take hold in the public consciousness after decades of media disparaging their names and focusing on particular aspects of their work, but legacies are tricky things. “Judas” may not be the film that changes the national perception, but if it indicates a new Hollywood willing to tackle race relations in a more radical way, history may just bear out Fred Hampton and the Black Panthers.

“Judas and the Black Messiah” is streaming on HBO Max until March 14.