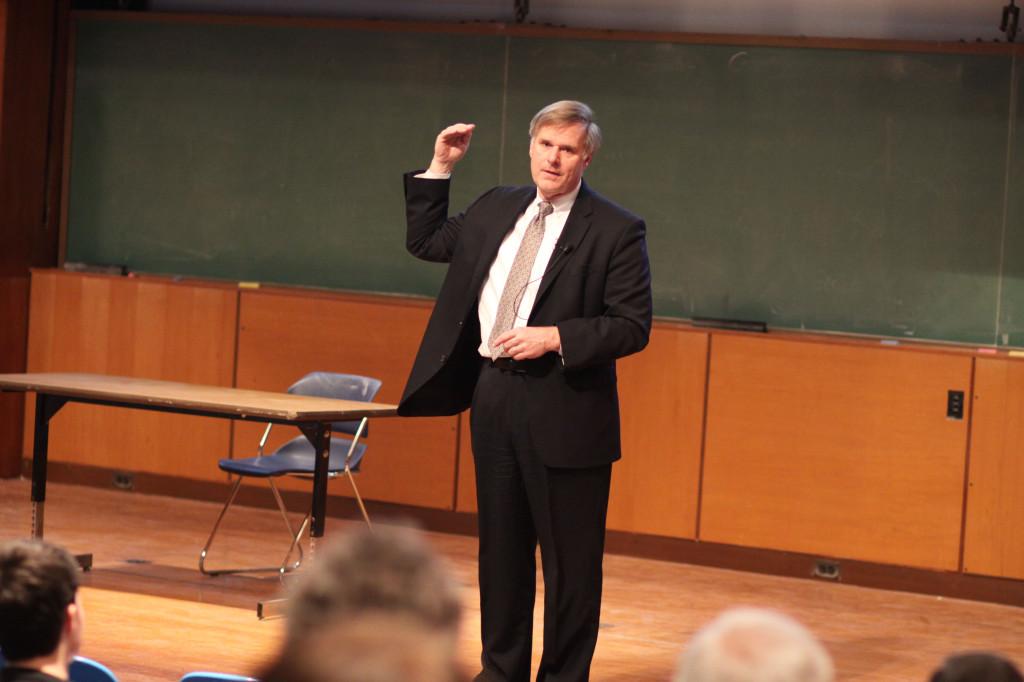 Last Friday, provost William Baeslack III held his annual update on the state of Case Western Reserve University’s finances. At the sparsely attended event in Strosacker Auditorium, Baeslack noted tuition is only set to increase by 3.25 percent for the upcoming school year, with a four percent increase in room and board costs. During the question and answer portion, the focus of most undergraduates involved concern over varying housing issues, including why financial aid is tied to living on campus, and deteriorating conditions of the Village at 115 apartments on North Side.

On Saturday, Feb. 16, from 8:00 p.m. to 11:00 p.m., the halls of the Spot resonated with acts of the talented performers and the cheer of the 300-person audience for Juniper Community Council’s (JCC) Star Search talent show.

This free event was open to all of campus and intended to commemorate Ally Piepho, a first year student who passed away during this past winter break. All $320 raised in donations went to the scholarship in loving memory of the former Juniper resident.

Every person of Juniper Council was involved in at least one committee to plan for the event.

“It was really nerve-racking standing in front of a crowd of people I hardly knew, but it was totally worth it. To hear the applause at the end was what made it all worth it. Even if the applause was premature for my act I was so glad that everyone was so enthusiastic about all the performances,” said freshman Pushing Sparks band member, Jeniece Montellano.

Every now and then, the audience had the chance to hear real time updates from the judges about the recent performances.

“I really enjoyed watching everyone perform. There are so many talented students here,” said freshman Sapna Shah.

Second place went to Henry Hershey with his unique singing rendition of the songs “Low” by Flo Rida and “Toxic” by Brittany Spears on the piano. Hershey announced that he would be donating half his winnings to Ally Piepho scholarship and the other half to the CWRU Dance-a-thon.

Brendan Hearn and his family band won first place with their Irish music on the cello, guitar, and violin.

“JCC is incredibly proud that Star Search, which we have been planning for the past two months, was such a success. We’re so thankful to all of our acts and those who came to support. Thanks for making it a great event,” said stage and sound head, freshman Aravindan Krishnan.