The mayor-elect also speaks on potential collaboration with CWRU 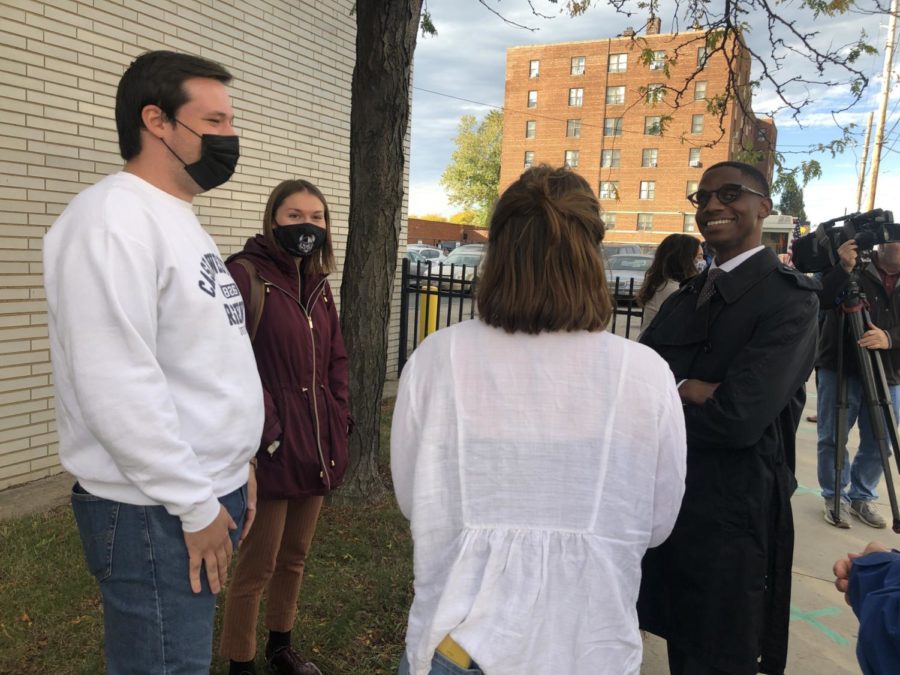 History was made on Tuesday, Nov. 2. For the first time in 16 years, the City of Cleveland elected a new mayor after a prolonged campaign. Justin Morris Bibb defeated City Council President Kevin Kelley by a large 26-point margin, capturing 63% of votes compared to Kelley’s 37% and winning 12 of Cleveland’s 17 wards, with most of those victories being utter landslides.

This result would’ve been unthinkable earlier this year and represents a true shock to the Cleveland political system. Pitching his candidacy as the antidote to the malaise and inaction of Mayor Frank Jackson’s 16-year administration, Bibb made the case that Cleveland could no longer wait for big ideas and “bold, dynamic leadership.” By beating the longtime city council president, who Bibb painted as a continuation of the status quo, Bibb’s ascension marks a large change from the typically insular Cleveland politics. Bibb launched his campaign in January with limited political experience, having never run for office or held an elected position before, and came into the scene as the youngest candidate. Now 34 years old, Bibb will be the second youngest mayor in Cleveland history.

His previous experience as a nonprofit executive and business leader may have seemed inconsequential to electoral politics but his deep connections with various Cleveland businesses and agencies proved a valuable background as he set up his mayoral run. Having worked at Urbanova, a nonprofit focused on providing digital solutions for cities, as well as having served as a board member on various community organizations such as Greater Cleveland Regional Transit Authority, tourism bureau Destination Cleveland and public infrastructure group LAND Studio, Bibb cultivated relationships across the city, making him a well known presence among community leaders.

His name recognition among the general public, however, was far less at the beginning of the campaign, but grew over time due to an extremely forceful campaign, filled with dedicated staffers and bolstered by a 100-person “Students for Bibb” youth coalition. Appearing throughout the city at non-stop voter engagement events, meet-and-greets, canvasses, rallies and protests, Bibb made himself known throughout every neighborhood in Cleveland. Focused on the issues of modernizing city hall, enhancing city services, promoting police accountability and spurring more equitable neighborhood development, Bibb framed himself as someone with a vision for bold action and someone who could provide hope. His message of change made him the most voted candidate in the September primary, no longer the underdog he started as.

His opponent in the general election, Kevin Kelley, attacked Bibb for his youth and inexperience, and tried to portray Bibb as naive and overly idealistic, instead emphasizing his own years of public service. Kelley’s record, however, has been full of anti-democratic behaviors, whether it be his work to kill various public referendums and ballot initiatives or his predilection towards backroom deals. In the general election, Kelley aimed to make himself the candidate of stability and incremental progress, and attacked Bibb’s support of Issue 24, a ballot initiative that calls for community oversight of the police, saying that it would lead to a mass exodus of police officers and wrongly claimed that it was an attempt to “defund the police.”

Ultimately, both Bibb and Issue 24 both prevailed by large numbers, leaving Bibb to now face the bevy of issues this city faces.

At an event to encourage student voting at the Cuyahoga County Board of Elections on Thursday, Oct. 28, Bibb commented on why this election was so important, especially for the young people of Cleveland and students at Case Western Reserve University.

“Well, what I’ve been saying all across the city throughout this campaign is that local races for mayor are in many ways more important than those for president of the United States because it affects the safety of your campus, affects recycling, affects the trash pickup, affects the quality of recreation centers and our pools,” Bibb said. “It’s really about proximity to power, proximity to your lived experience. That’s why voting here matters.”

When asked why his message seemed to be resonating, particularly among younger voters, Bibb responded by emphasizing change.

“I’m talking about disrupting the status quo, talking about modernizing City Hall, and using technology and innovation to really make us a more attractive city. Our generation really wants to be in cities where there’s young, dynamic, innovative, creative leadership,” he said.

Bibb also emphasized the need to attract more young professionals, saying “We have to change the narrative of our city and make sure that more young people are involved in spaces of power, like [running for] local government, starting new businesses in our neighborhoods, or getting involved in politics. All the major growing cities across the country are welcoming cities—New York to Austin, Texas, you have to be a welcoming city.”

A CWRU alum, he also pointed to CWRU as a potentially positive force in the city, remarking on the need to integrate collegiate institutions more into the bedrock of Cleveland and involve students more in the local community, saying that he was “absolutely” interested in working more with the university.

“The city has got to do a better job of collaborating with [CWRU]. You have to see the mayor walking around campus, talking to students and getting our companies and other organizations involved in more campus activities.”

Now as the mayor-elect of Cleveland, Justin Bibb has much work to do and whether he can truly deliver on the change he promises remains to be seen. In his acceptance speech on Tuesday night, Bibb acknowledged the challenges ahead but said that with a mayor that’s more active in the community, anything was possible.

“Not one mayor can solve these problems in isolation,” he said. “It’s gonna take a people-powered movement to move this city forward. When I take that oath in January, I’m not taking the oath by myself. We the people are taking that oath together.”