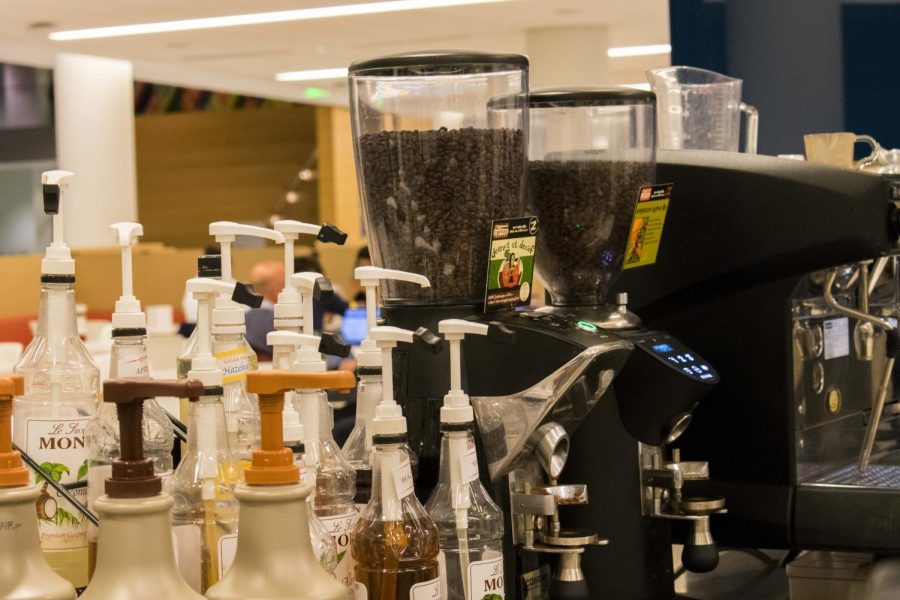 Cool Beanz is a popular destination for caffeinated beverages at Case Western Reserve University. Caffeine has its benefits, but students need to be aware of its dangers to their physical and mental health.

Whether you grabbed lunch today from a vending machine, stopped by a coffee shop or sat down at one of the dining halls for a meal, these dining options have one thing in common: They promote caffeine consumption.

Although Case Western Reserve University doesn’t have any sort of campaign or initiative to increase caffeine consumption, it is very prevalent and a growing part in a student’s day-to-day life, whether or not they noticed. There’s a huge selection for students to get their caffeine fix: From Cool Beanz in the Tinkham Veale University Center to Starbucks in The Village, and the SAGES Cafe in Crawford Hall to The Coffee House on Juniper Road the options seem endless. There’s always a coffee or energy drink option at the dining halls. Finally, there are also coffee vending machines throughout campus.

Here’s a challenge: Find a beverage vending machine that doesn’t have an energy drink option.

So, why is this important? CWRU ranks pretty high up on the sleep deprivation scale. An average student will get 6.71 hours of sleep on a given weekday, whether or not it’s by choice. A student may lose sleep due to too much homework, or because they wanted to stay up for something mundane, like playing a video game. The fact of the matter is that students, somehow, aren’t getting enough sleep, and that’s where the issue of caffeine comes in.

On one hand, students need caffeine. It helps keep them aware despite not getting adequate amounts of sleep, and allows them to function even when low on energy. It keeps them from accidentally falling asleep in class, or from passing out before they can finish all their homework for the night. Some say it can even help with athletic performance.

On the other hand, consuming caffeine comes with a price. It makes it harder for students to fall asleep when it’s still in their systems, and thus keeps them up longer than intended. It can cause tremors, achy muscles and can even increase anxiety. Once your body is used to having it, you can get addicted to it, and not ingesting caffeine can lead to headaches, irritability and drowsiness. In certain situations it can cause heart problems, even for young people like CWRU students.

That’s the issue. No one can really say whether caffeine is good or bad, because it has both its ups and downs. The only real conclusion is that it doesn’t fix the actual root of the problem. Students who turn to caffeine do so because they already aren’t getting enough sleep, and only some of that blame can be placed on the students themselves.

We can look for others to blame. We can always say it’s because the professors give us too much work, but most of them, believe it or not, don’t like making students suffer. We can say it’s because the administration requires too much of us in a given semester, but they have guidelines they need us to follow if we want to graduate on time.

It just seems to be a nasty cycle. Students don’t get enough sleep, they ingest some sort of caffeine, they lose sleep because of the caffeine, but they can’t stop drinking it. On top of that, there isn’t a simple way to fix the sleep issue. But we know there are students who survive without caffeine and those who actively avoid it. These students give us a glimmer of hope that even though caffeine seems to be the Holy Grail of solutions, we can achieve success without depending on it.

Hanna Kadlec is a second-year English major with minors in sociology and creative writing. She is also an avid coffee and energy drink consumer.