a form of campus discrimination that no one is talking about 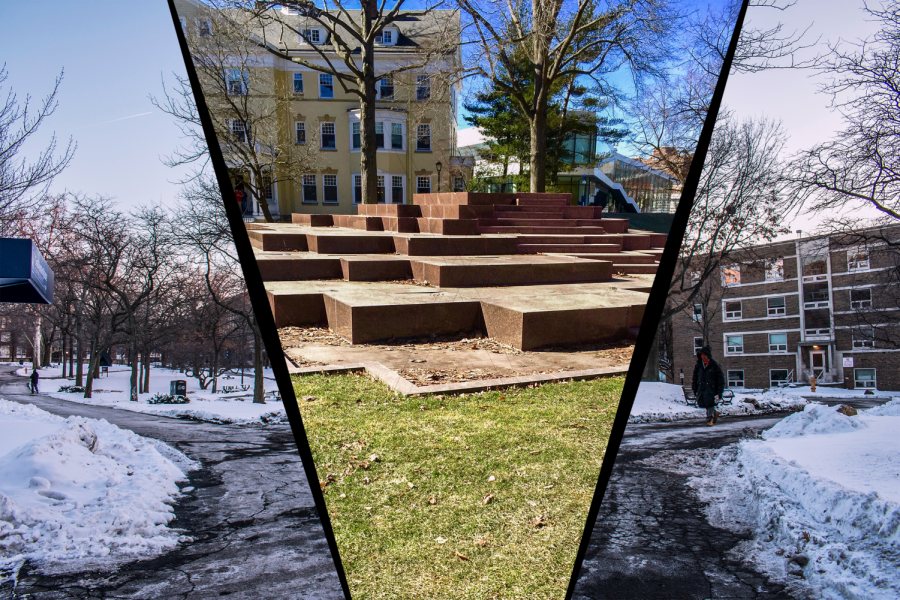 "Major-ism" is so extreme at CWRU that the Mather and Kent H. Smith Quads almost feel like different campuses altogether.

When discussing major discrimination, my friends will often talk about how they are ashamed of their families, peers or even themselves. Some will even go as far as to say they feel disowned, or that other treat them like less of a person. We might be able to refer to this type of prejudice as “major-ism.” Sounds strange, right? By majorism, I mean discrimination against a student based on their choice of major, or an undergraduate student version of credentialism.

Have you ever heard someone say, “That psychology major probably can’t even add,” or, “Business majors are soooo dumb?” That same psychology major might enjoy their studies more than any engineering or statistics major you know, but struggles to deal with their parents who scold them for leaving a pre-medical track for a career in social work, as well as their pre-med friends who consider them a “cop-out.” How many times have you felt the need to explain your entire life plan to someone, as if their Google Calendar has a rainbow of blocked events up to the year 2070? A mechanical engineering major might look at a biomedical engineering major as someone with no direction career prospects, even if they’ve aspired to make prosthetics since their relative got in an accident. It may seem like no big deal, unless you’re that student.

So why do we place so much emphasis on major to the point of devaluing some over others? The point is this: similar to gender, race and sexuality, society has an unfair bias toward of one type of major or degree—usually STEM majors, but even within STEM fields we see discrimination. While there is clear evidence that majors like engineering and CS often lead to higher-paying jobs than majors like sociology or English, students are often devalued and put down for choosing the unfavored major. Majorism hurts, and there are too many people working in areas barely related to their undergraduate degree for it to make the slightest amount of sense.

For example, the Director of the National Science Foundation France A. Cordova received her bachelor’s degree in English from Stanford University before earning a Ph.D. in astrophysics from the California Institute of Technology. Essentially, an English major is giving STEM professors money to do STEM research. Case Western Reserve University’s beloved Barbara Snyder was a sociology major herself at The Ohio State University. There are many CEOs who have degrees which would make Case Western Reserve University students scoff. Steve Jobs, musician Brian May,  physicist Paul Dirac and numerous other successful people all had majors in areas that did not make them famous. The assumption that one’s major is a determinant of one’s success has never been correct, nor will it ever be.

Still, one’s major can be a part of our identity just like race, gender, sexuality, ability and socioeconomic status. We are surrounded by people with the same major in our classes, and we are forced to say, “I am a theater major” when asked on the matter. Although not all students identify with their major, those who do shouldn’t feel like less of a person for their personal interests. Students are not beaten up or tortured physically due to their choice of major, but the mental and social torment can be extremely painful and often detrimental to a student’s self-esteem and health.

The problem is that nobody talks about it. Even if we have a specific, lucrative career in mind, our parents, friends, professors and some of the closest people in our lives will change their opinion towards us just because of our major.

This isn’t to say that the STEM community is oppressing non-STEM majors, and this new polarity plagues college campuses. People in the humanities often claim that engineers couldn’t write or communicate if their life depended on it. Mechanical engineering majors often describe biomedical engineering majors as having no job prospects. We all have our own biases against every major. The point is that these biases are hurting students, and we need to discuss them before they get out of hand.