Kerby: The next battle in the war on Christmas 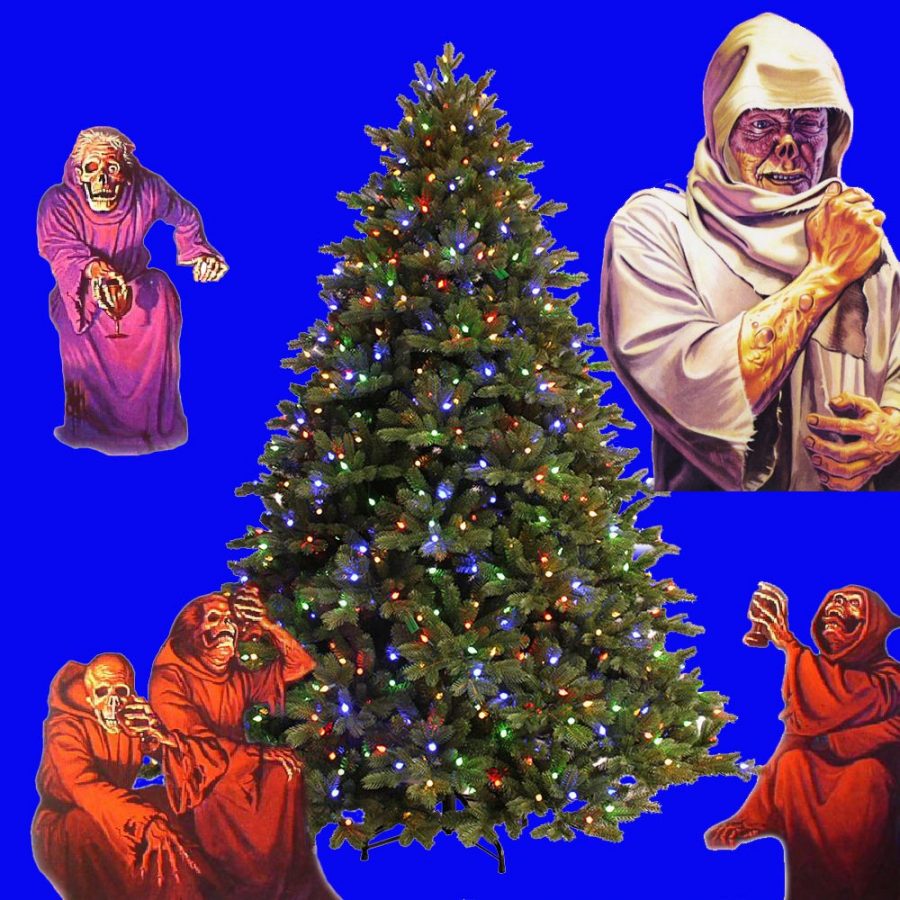 This is my favorite time of year. Sure, I’m terrible at getting meaningful presents for others, and I’m downright bashful when presented with any present larger than a sock. Sure, the weather tends to be uncomfortable and cold.

Still, the gingerbread cookies, long nights, vacation from school, decorated tree, family time and all the rest more than make up for the occasionally inclement weather. Most people seem to celebrate something around December, and there are so many traditions and cultures bundled up within Christmas.

Christmas is not Jesus’s birthday. The Queen of England has two birthdays, her actual birthday, Apr. 21, and her official birthday, the second Saturday in June. In America, we celebrate George Washington on Presidents’ Day, but his birthday was Feb. 11 in the Julian calendar.

Similarly, Jesus’s “official” birthday is Dec. 25, 1 B.C. Scholars generally hold that Jesus was born between 6 and 4 B.C. when Herod was ruler of Judea. Mentions of flocks of sheep and other tidbits seem to indicate it was not winter when Jesus was born.

Why do I mention all this boring timekeeping? When the early church codified the celebration of Christmas, it was placed on Dec. 25. Though the exact reasoning is lost to time, its proximity to the winter solstice began a long process of pagan customs leaking into Christmas celebrations. Nordic customs like decorating a tree and Santa, plus Roman traditions like gift giving and open fires gave us our modern Christmas traditions. After the Protestant Reformation, Christmas’ multicultural heritage lead some Protestants to ban Christmas as “too pagan.”

Therefore, when we celebrate a modern Christmas with a decorated tree and Santa breaking into houses, we’re partaking not only in a celebration of Jesus’s birth, but also in ancient pagan celebrations like Yule and Saturnalia. People might get mad if you tell them “A festive Saturnalia to you!”, so “happy holidays” can be a subtle acknowledgement of this heritage.

Besides Christmas’s diverse ancestry, there are many other holidays also celebrated near the Solstice. To list a few, winter sees religious festivals like Bodhi Day in Buddhism, Saturnalia, Hanukkah and secular celebrations like Boxing Day and Kwanzaa. Many people smash some of these holidays together to create their own unique way to celebrate the shortest day of the year. It helps that approximately 90 percent of humans live in the northern hemisphere, otherwise there would be a mix of summer and winter solstice traditions.

I’m no culture warrior, and I’m not going to get riled up if someone says “Merry Christmas.” My family has always celebrated a fairly generic Christmastime, with cookies, gifts and stockings. It’s basically tradition for my mother to make me sick of Christmas music by Dec. 23. Most people celebrate something else, a mix of Christian and pagan traditions, or nothing specific at all. Saying “happy holidays” is just acknowledging that the world is diverse.

I was confronted by an advertisement in front of a Youtube video last week featuring an old white man arguing that Christians are being persecuted and squashed by some evil liberal-pagan cult. Or at least, it was something like that, but regardless I could only stomach so much. He would probably say I’m a member of that cult, but I would assure him and you that I am not saying “happy holidays” to be malicious to Christians, but rather to be welcoming to druids.

A piece of advice to those who fear facing a family member who is convinced there is a war on Christmas: tell them “Oh, I don’t celebrate Christmas, I celebrate Saturnalia” and then wait around until your victim wishes you a “Happy Saturnalia.”

This could make your bland Christmas dinner much more interesting.

Steve Kerby is a fourth-year studying astronomy and physics. He is done applying to grad school, and that’s the best birthday present in the world.