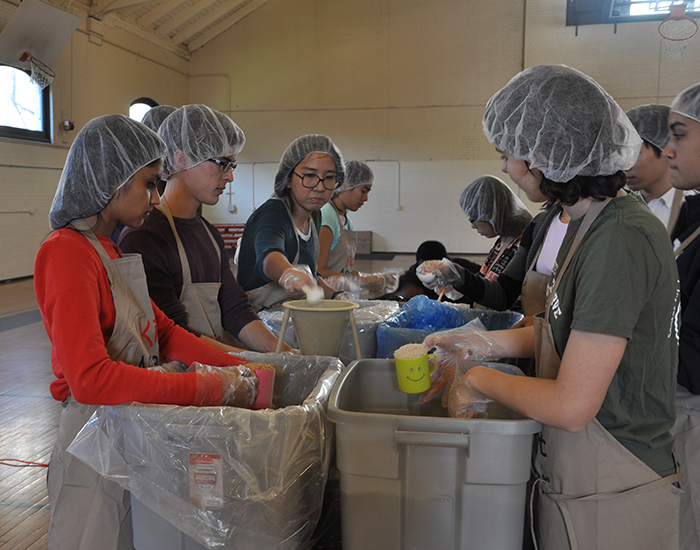 With midterms finally finished and the threat of finals looming over the far horizon, the average Case Western Reserve University student may be in need of a little self-esteem boost. Fortunately, Kids Against Hunger (KAH) is willing to help.

The group dedicated to alleviating hunger in the Cleveland area will be hosting a “Mock Oscar” event today, March 29, at 5 p.m. in Strosacker Auditorium. Like the well-known awards show, the event will recognize winners in several categories, albeit with a CWRU twist. Instead of the award going to the best picture or best actor, the Mock Oscars will honor the CWRU student KAH feels is most likely to win a Nobel Prize, is the procrastination champion, the class comedian, will become the next Steve Jobs, most hipster, most nocturnal, and best voice, among others.

Mock Oscars will live up to its title, as there will be a red carpet, fancily dressed nominees, and interviews with the nominees, which will be shown to the audience on the big screen in Strosacker. In addition, there will be performances by Dhamakapella and Case in Point.

The event will cost $5 for students. Raffle tickets will be sold at the event, with one complimentary ticket given to everyone at the door. These raffle tickets can be used to vote on two additional categories: best dressed and best performance, which will be announced later on during the event. In addition, the Mock Oscars admittance ticket will also allow students to attend the CWRU Film Society’s featured movie tonight.

Money raised through Mock Oscars will benefit Kids Against Hunger and help support their food-packaging events. The food-packaging events have proven to be very successful; this past Saturday, KAH and other volunteers from CWRU were able to package 30,000 meals for the Cleveland Food Bank.

“We’re a small group, but we make a big impact,” said Chen.

Kids Against Hunger has been deciding who will be the award winners over the past week. Nominations were open to all members of the CWRU student body. Nominees, but not attendees, are required to dress formally.