Kim: In support of the prison strike 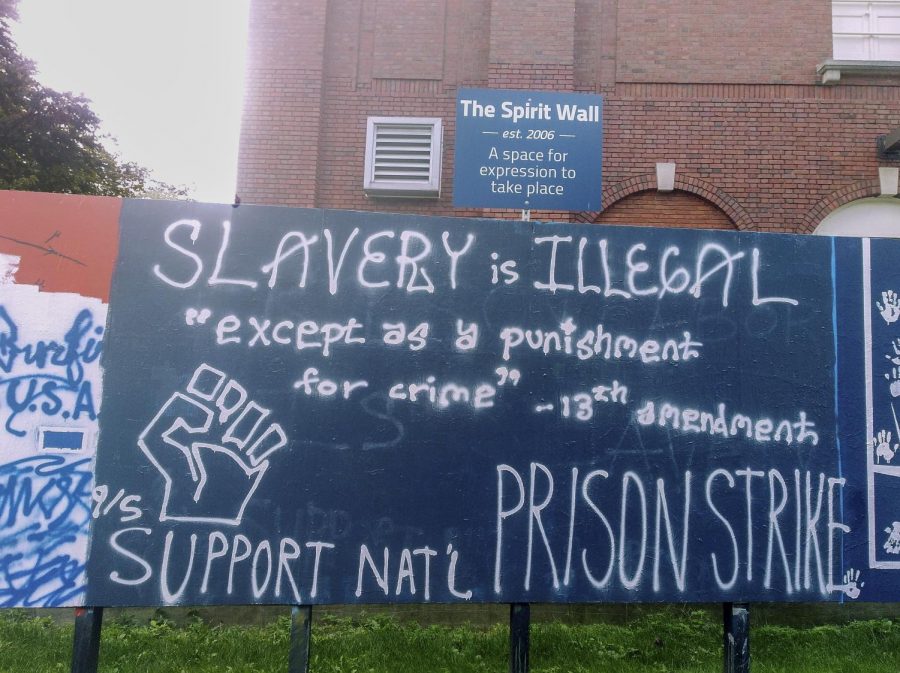 Since Aug. 21, prisoners across the country have led a peaceful strike to advocate for their rights and protest prison slavery. Though slavery in the modern age seems anachronistic and unreal, the Thirteenth Amendment did not ban slavery for all people. The Amendment explicitly states that “punishment for crime whereof the party shall have been duly convicted” is an exception to the ban. Regardless of the reasons behind it, slavery and “involuntary servitude” demean the enslaved and do not have a place in present times.

And ending slavery is only a fragment of the demands of the protesters. The strike is in direct response to the riot at a prison in South Carolina, where seven prisoners died nominally due to severe blood loss but really due to understaffing and overcrowding at the institution perpetrated by greed. South Carolina has one of the cheapest prison systems in the United States.

As such, the organizers of the strike ask for improvements to prison conditions and policies: the end of prison slavery, the rescinding of the Prison Litigation Reform Act, the Truth in Sentencing Act and the Sentencing Reform Act. Additionally, they are requesting the destruction of racial prejudice in court proceedings.

In Ohio, at least two prisoners, David Easley and James Ward of the Toledo Correctional Institution, are confirmed to be on a hunger strike. According to the Incarcerated Workers Organizing Committee (IWOC) Twitter account, “there may well be more” than these two as “prison officials would not confirm names or total number of prisoners refusing food.”

If this number seems small, it is because there is heavy opposition to the strike from prison officials. According to Shadow Proof, a leftist news site, “Ohio prison officials revoked phone access for one year” for a prisoner who spoke in favor of the protest. By taking away the means of communication, the officials attempted to stifle the protest. Whether or not they were effective remains to be seen.

Some people may claim that the prisoners owe a debt to society or that prisoners gain a sense of purpose or acquire marketable skills from being put to work, as in the case of some Californian inmate firefighters. These claims are vengeful justifications, paternalistic and prejudiced. It does not make sense that different people should be paid less for the same amount and quality of labor. That is discrimination, and prisoners should be paid minimum wage.

As for the firefighters, California’s certifications and licenses do not allow former convicts to continue being firefighters once they leave prison.

The prison system in America is flawed. To support the prison strike, the IWOC suggests spreading the word of the strike, educating yourself and others and showing solidarity. The strike will last until Sept. 9.

Won Hee Kim is a third-year English major with minors in creative writing and economics.