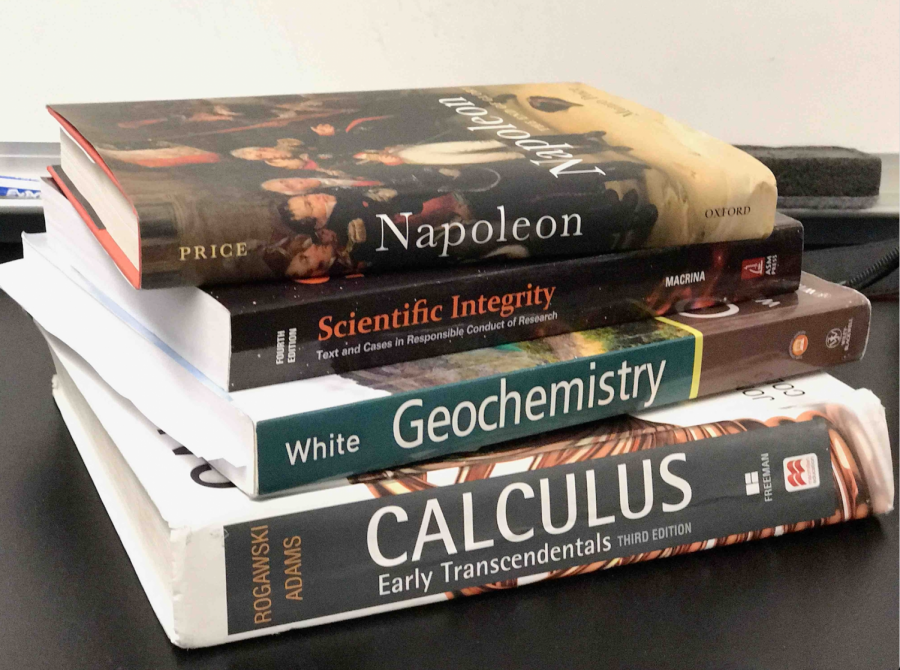 Students are typically required to buy textbooks for most of their classes, but many students don't find them useful.

Case Western Reserve University’s culture seems to accept expensive textbooks as a necessary cost of college. The administration acknowledges it: the 2017-2018 Typical First Year Budget allots $1200 for books alone. The students acknowledge it: We certainly complain about the price a lot. But despite our groaning, we still buy them, rent them, try to find cheaper online versions and in the end find access to all the textbooks the professors listed as “required” on the syllabus. As horrid as the cost is, it’s not the main problem. The real issue with textbooks is that we do not use them well.

I informally interviewed a dozen students across a variety of majors, from STEM to humanities to double-majors in STEM and humanities. Students use textbooks in several ways. It appears that the primary use of a textbook is to locate the assigned homework problems. The students also use textbooks to do assigned readings, preview topics and cram for exams. Sometimes they even read for fun, but this seems to be a rarer phenomenon, with only one student claiming that they did so. Other than that, there were also textbooks that have not been even skimmed through, and many more that would not have been touched if homework hadn’t been assigned. The average of the twelve students thought only 30% of their textbooks were actually useful. (One outlier that was counted in the number above thought all their textbooks were useful. Clearly, a role model for us all.)

There is no single reason for the low regard for the usefulness of textbooks. Professors assign textbooks because they think we can benefit from them. However, required textbooks do not take into account that different people learn in different ways; one student said that he could not learn effectively from a textbook and preferred to learn directly from his professor, lecture notes or teaching assistant. For these students, the cost of textbooks did not match with the amount of benefit they received from the textbooks. The general theme among interviewees was that textbooks are too expensive for only being used by teachers once or twice. Furthermore, among humanities texts, there was some concern that the texts had significant bias.

But when students did rate textbooks as useful, they found them very useful. One student claimed that the textbook for his linear algebra course “was his life.” Another student said that reading the assigned chapters of a chemistry course helped her understand the concepts better. Other students found themselves referring back to textbooks from calculus.

Interestingly, textbooks for language classes had the highest usefulness. The textbooks were “important in studying the concepts and specifics” and had even shaped the course around it. Overall, the degree to which the textbook was incorporated into coursework corresponded to how the students rated its usefulness. For example, discussion of assigned readings in class improves the understanding of the textbook and the understanding of materials not covered in class for a student in Linguistic Analysis. As for homework assignments, students gained more from online methods like Aplia or ALEKS than from doing textbook assignments.

There is a lot to be gained by using a textbook, but as we stand we are not getting its full value. The student must do the assigned work, and the professor must integrate it into their class. If either end of the bargain is not fulfilled, then the cost of textbooks cannot be justified.

Won Hee Kim is a second-year English major and an economics minor. She uses textbooks for assigned readings and cramming.