“King Lear” is all bark and no bite 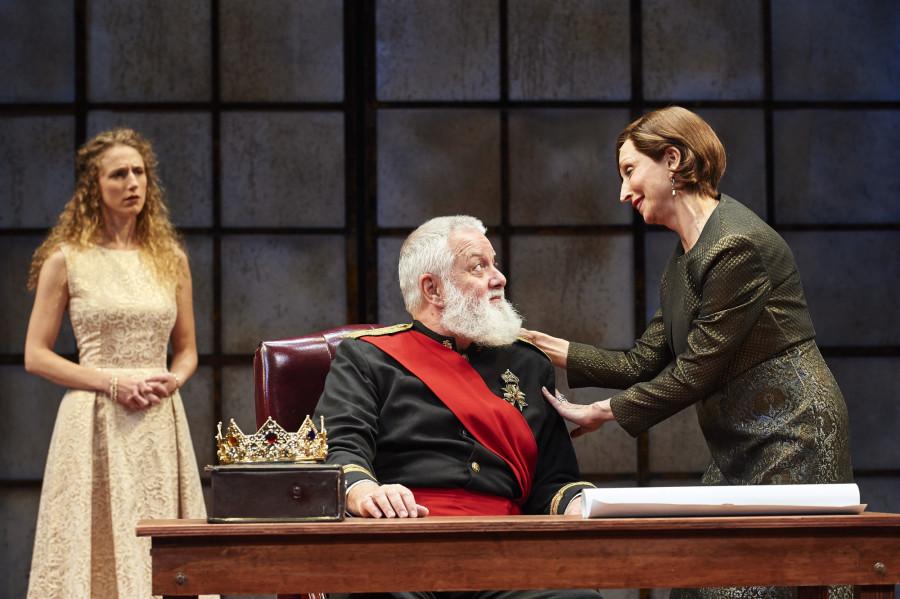 Nothing will come of nothing, but something good may come from subtlety.

A sense of restraint was missing from Great Lakes Theater’s production of “King Lear,” which opened last weekend. The classic story of betrayal and family discord was accompanied by more yelling, spitting and trash can throwing than any Shakespeare production I’ve ever seen.

To be fair, “King Lear” is filled with violence, destruction and madness. At one point Lear, who has lost everything but a few loyal friends, rages against a storm after being cast onto the open heath. Yet this scene happens halfway through the play, and at this point the actors had already been screaming since the beginning. Until the second half, there were few quiet moments, and every character reacts almost the same way to intense situations: with more noise.

One notable exception to this was J. Todd Adams, who played Edgar, an unlucky but faithful son. To help his father and save himself, Edgar pretends to be insane and moves to a shack outside the castle walls. He occasionally screams into the storm, like the other actors, but also allows the audience to see a range of other emotions. Because of this, Edgar is sympathetic and interesting, and his motivations are clear without making the character one-dimensional. The lack of balance that other characters show makes their performances less menacing and tragic, as the audience is distracted by their bluster.

The production featured brutalist scenery and modern clothing, which gave it a vaguely contemporary feeling. I appreciated that the director didn’t feel the need to force an overly specific setting onto the play, but the “modern” touches lacked cohesion and left me wondering if I was missing something. Most characters were dressed realistically, in conservative business clothing or military uniforms, but the homeless people wandering the heath were wrapped in sheets with nude stockings blurring their facial features. The effect was disturbing, but gave the production an uneven feeling.

This production successfully creates a bleak atmosphere, and there are clearly many talented people on and off stage. Yet the actors don’t seem to have settled into their roles, and their tendency to scream is exhausting.