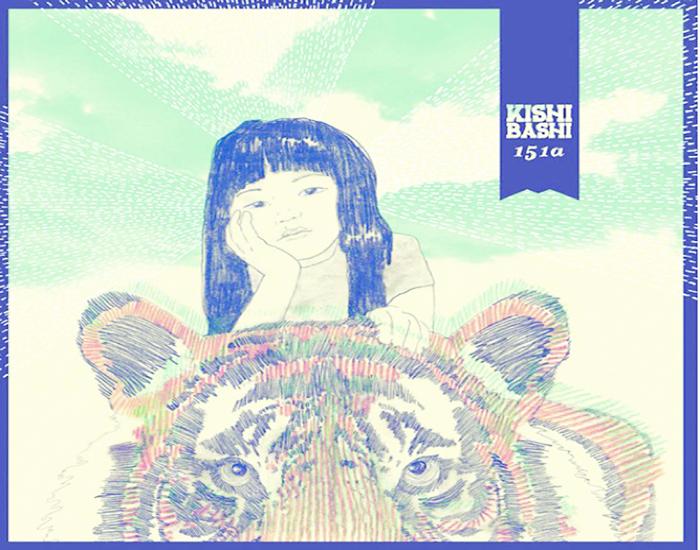 Kishi Bashi’s greatest strengths are his voice and his violin, and 151a, his first solo release, shows his skill with both. Despite being a touring member of indie-mainstays Of Montreal, as well as Regina Spektor and Deerhoof, Kishi Bashi has remained relatively unknown. But this album might change that.

151a is an album that wears its influences on its sleeves. Two of the biggest influences that can be blatantly heard are Animal Collective and the aforementioned Of Montreal. The driving percussion and gang vocals present throughout the album are reminiscent of Strawberry Jam and Merriweather Post Pavilion – I challenge you to listen to the brief “Chester’s Burst Over the Hamptons” and not hear “Winter Wonder Land” by Animal Collective. I can’t listen to the bass line on 151a’s fourth track “It All Began With A Burst” and not be reminded of “Gronlandic Edit” from Of Montreal’s tremendous 2007 album Hissing Fauna, Are You the Destroyer?

But 151a never slips into simply imitating these influences; the album manages to never sound derivative or repetitive, just suggestive of its predecessors. 151a distills the poppiest moments of Animal Collective and avoids the excess experimentation. Kishi Bashi delivers an album that is all his own, but not afraid to make allusions.

His ability to engage with his influences in a deeper way comes from the two instruments he uses uniquely on 151a. His voice ranges from the smooth and low melodies heard in the opening of the album’s centerpiece “Wonder Woman, Wonder Me” to the soft, gentle falsetto featured on the penultimate song “I Am the Antichrist to You,” and finally the powerful, self-assured tones on album closer “Beat the Bright out of Me.”

The other strong feature of 151a is violin. The entire album was composed initially through the violin and whenever the centerpiece shows up, whether plucked, drawn, or however else Kishi Bashi chooses to play it, it sounds right at home with the backing melodies and gives the album a unique sound.

All this is not to say the album doesn’t have its flaws. Whether it was Kishi Bashi’s decision or the producer’s, the vocals are recorded in a slightly disappointing manner. Despite his awe-inspiring voice, he often leaves the listener wondering what exactly is being sung. Perhaps this is reflective of a desire to use voice more as an instrument than as a vehicle to convey literal words.

Regardless, this is a minor complaint; a bigger issue presents itself when you stop listening to the album: it simply doesn’t stick in your head. Despite being a pop album (or avant-pop, or something closely related to pop), 151a is not a remarkably catchy album. None of the hooks really hook you well. You won’t be singing any choruses from this album the next day. This is not necessarily a bad thing, but it does make the record feel fleeting –  despite boasting a few truly great songs (standout tracks include “Bright Whites” and “It All Began With A Burst”).