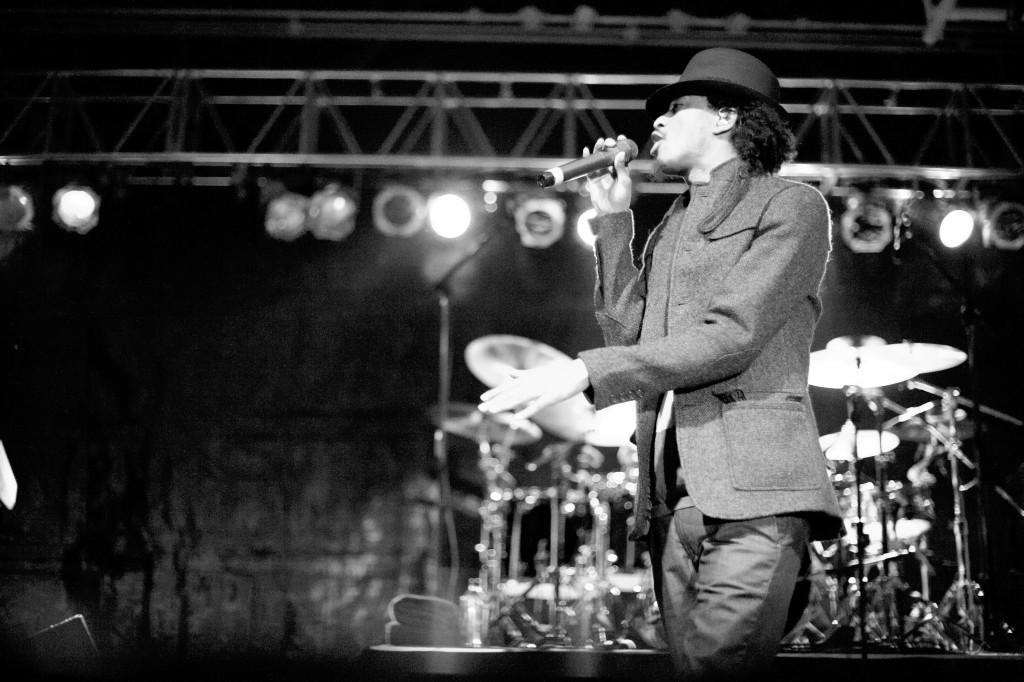 This year’s fall concert brought a legend in the making to CWRU’s campus. Fame came quickly to Keinan Abdi Warsame, better known as K’Naan after his single, “Wavin’ Flag,” was remixed and used as Coca-Cola’s commercial anthem for the 2010 FIFA World Cup. The University Programming Board managed to book this Somali-Canadian singer-songwriter to follow in the footsteps of other big Fall and Spring Concert names such as Hellogoodbye, Ben Folds, and Jack’s Mannequin. Despite a few minor setbacks, the concert ran smoothly and was generally a great success.

Doors to Adelbert Gym opened at 6:30 p.m., and, as advertised, the first 80 people to enterthe venue received a K’Naan poster. For those concertgoers of legal age, a Beer Garden was tucked away in a corner, with beverages provided by the Spot and Rough Rider Room. The gym was slow to fill up, but people steadily arrived until it was nearly full well before the show started.

A relatively brief delay between the time doors opened and when the show actually began created many restless audience members. A few scattered attempts at crowd surfing kept some of the people up front entertained; others were satisfied standing around and talking to friends. When asked about the holdup, senior Concerts Committee co-chair Katie Roberts was apologetic. “I wish I could have prevented it, but we had no control . . . complications happen. [K’Naan’s] flight was delayed, so unfortunately we had to push it back.”

DJ Brad Petty from B-Side Liquor Lounge in Coventry started off the show with a fun, lively mix of pop, rock, and hip-hop songs to get the audience pumped for K’Naan. Unfortunately, the crowd seemed too impatient for the main act to pay much attention to his work. Most people continued to stand around and generally ignore what Petty was playing.

When K’Naan finally took the stage at around 9:30 p.m., the brief delay was forgotten by most. His presence had a transformative affect on the concertgoers. “Who here came to be moved by the experience tonight?” he asked of the audience upon arrival, who responded with raucous cheering and screaming. When he spoke, regardless of whether his words could be made out in the poor acoustics of Adelbert Gym, the crowd listened. His music seemed to bring the audience to life. Fans cheered, danced, and those who knew his lyrics sang along throughout the show.

To the great enjoyment of the audience, K’Naan gave an empowering performance of “Wavin’ Flag.” Most everyone danced and sang along, and the energy that was already in the room increased tenfold. For his pre-World-Cup-fame fans, he also played the original version of the song, which he said he much preferred. In addition to his smash hit, K’Naan also played crowd favorites “If Rap Gets Jealous,” “Bang Bang,” and “Take a Minute.”

The excitement within K’Naan and amongst the band members was palpable. K’Naan had several periodic outbursts of dancing and running around the stage that riled up the crowd. Nobody seemed to mind that it was difficult to hear his vocals over his band mates’ instruments, regardless of where audience members stood in the venue. Unusual for a typical hip-hop or rap concert, there were many interludes throughout K’Naan’s singing in which the guitarist or drummer would play a solo. The group seemed to take genuine enjoyment out of playing with each other, and their cohesion was very impressive.

Overall, Roberts was pleased with the results of this year’s fall concert. “Despite setbacks, the UPB Concerts Committee thought the concert was really fun.” As for who the headliner at UPB’s Spring Concert next semester will be, Roberts has little idea. The Concerts Committee is “still taking a breather from the last concert,” she said. But judging from the generally impressive bands UPB has thus far managed to book, it seems likely that future concerts will be of a similar caliber to this year’s K’naan success.