“Knight Before Christmas” is a predictable but fun Christmas movie 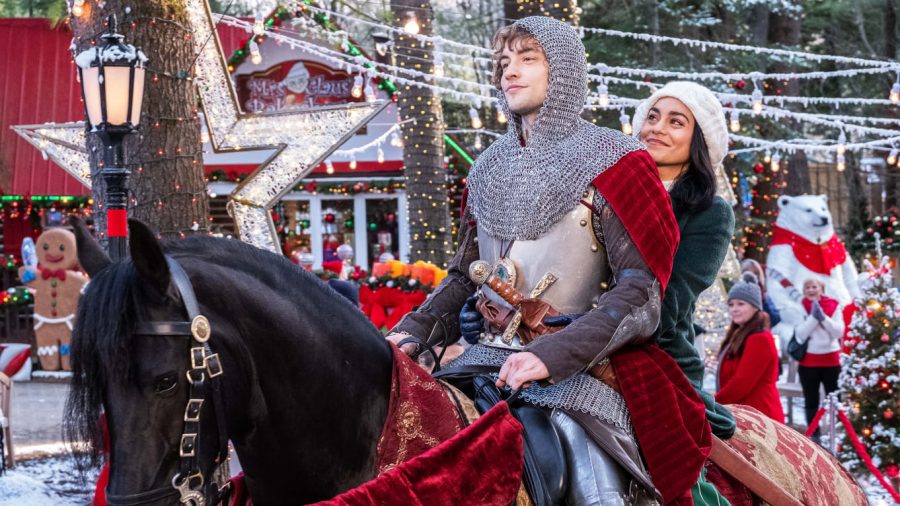 A knight from the past and a woman in the present, prepare to ride off into their future together.

Netflix kicked off the holiday season with a new Christmas special, “The Knight Before Christmas,” starring Vanessa Hudgens and Josh Whitehouse. In the film, Hudgens plays Brooke, a modern-day high school teacher who is disillusioned by love. Whitehouse plays Sir Cole, a medieval knight who is magically transported to modern times so he can discover what his one true quest is. If he discovers what the quest is and fulfills it, then he can return home. As one can imagine, the two are destined to fall in love.

“The Knight Before Christmas” had the feel of a Hallmark movie, but that was actually a plus for me. When it comes to cute Hallmark-esque Christmas movies, my critical brain tends to turn off, and I just let myself relax and enjoy the film, even if it’s not the highest quality—and this was one such film.

The scenic design was absolutely beautiful. The screen was filled with snow, lights, warm fires and Christmas trees. The Ohio village where the movie took place was completely immersed in the holiday spirit, allowing the viewers watching to feed off of that spirit.

Hudgens and Whitehouse were an adorable on-screen pair. Hudgens’ acting ability has matured quite a bit since her days as Gabriella Montez in “High School Musical,” but she still maintains her distinct charm from her younger days.

Whitehouse was extremely sweet and, given the man-out-of-time nature of his character, extremely clueless, which was a joy to watch. Throughout the film, Hudgens assumes that Whitehouse’s character has amnesia, and she looks on in amusement as he struggles to understand the world around him.

The two of them had me too busy saying “Awww” every two minutes to question the various plot holes throughout the film, and that’s exactly what cute Christmas movies are for. I saw the ending coming from a mile away, but, hey, it’s a Christmas movie.

And if a Christmas movie doesn’t have a happy ending, then it’s not a movie I want to watch. Was it a predictable plot? Yes. Was it anything special? No. Did it need to be special and unpredictable? Absolutely not. Not every film needs to be a groundbreaking cinematic masterpiece. Sometimes a film just has to be enjoyable and fun to watch.

If you’re looking for a cheesy new Christmas movie to watch while you snuggle up and drink hot chocolate with your friends or a significant other this holiday season, then “The Knight Before Christmas” is the movie for you.