Kodaline is a master of all trades 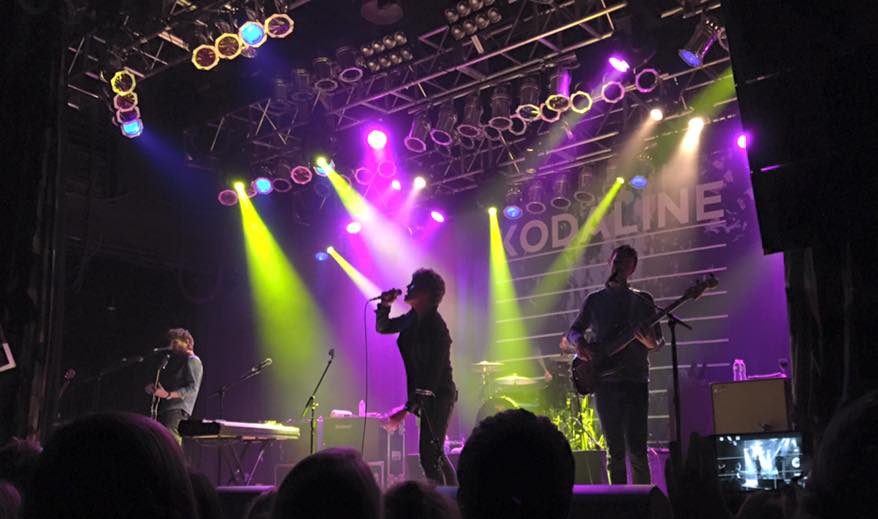 Kodaline performed at the House of Blues in Cleveland.

The powerful notes of Kodaline’s opening song rang out into the House of Blues following the opening band’s finale, and a new energy erupted from the crowd.

At the beginning of the concert, I was wary about whether or not I would like it. Good Old War’s opening was certainly something different. The indie band originating from Philadelphia played an interesting combination of country and indie-like melodies with a prominent beat in the background. What really made the band stand out was the quirkiness of its members. The members were nerdy, reminding me of some of my fellow students here at Case Western Reserve University. Needless to say, while the vocals were good, their music was not my usual type.

Fortunately the main act, an Irish band Kodaline, was not a disappointment. From the very first chords, the energy was at a high and the crowd was absorbed by the music. Despite the depressing nature of the songs, the lyrics really filled the audience with emotion. Lead singer Steve Garrigan brought the music together with his powerful vocals. Garrigan has an extremely loud and impressive vocal range, although there were times when he tried to surpass that range, resulting in a cringe or two.

Garrigan’s most impressive quality was not his singing, but his ability to play multiple instruments. In one song, there was a point when he was playing both the harmonica and a mandolin. Garrigan was not alone in instrumental ability; the entire band has great instrumental talent and an energy that makes you want to dance and sing along.

Overall Kodaline thoroughly impressed me. It is one of the few bands I have encountered which sounds better in person than in the studio, something few artists can lay claim to.