“Krampus” is a funny and chilling holiday film 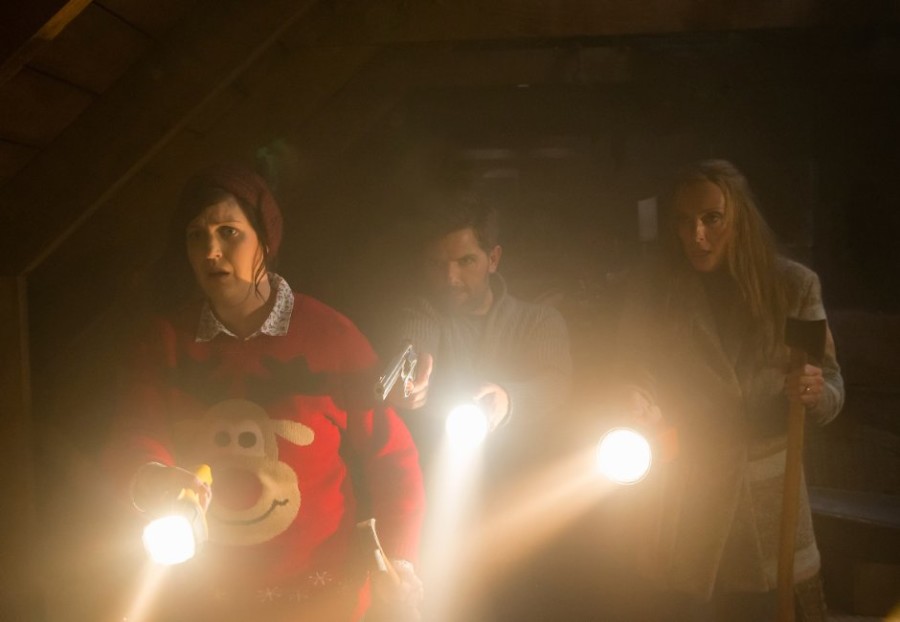 In the spirit of Christmas, the month of December is full of holiday films that you can you watch with your family for some holiday cheer and splendor. One to add to that list to inject some horror into the relative sweetness of Christmas is “Krampus,” a comedy-horror film with much creative juice flowing.

Based on a German folkloric tale regarding the evil shadow of Saint Nick, Krampus is a cautionary tale for children. Krampus would come to town to punish all those who had been naughty before St. Nick would come in to reward those who truly have been nice.

The film itself follows this concept, although initially for the first half, this plays as a black comedy about a dysfunctional family. The family, headed by Tom (Adam Scott) and Sarah (Toni Collette), dread the arrival of the rest of their extended family, featuring both Howard (David Koechner) and Linda (Allison Tolman), who will be spending the holidays with them.

The only ones who still believe in the spirit of Christmas are Tom’s German mother, Omi (Krista Stadler) and Tom and Sarah’s son, Max (Emjay Anthony), who quickly becomes disillusioned by Christmas following more family infighting. Fed up, Max tears up a letter he wrote for Santa and throws it away, secretly wishing for his family to go away. Unfortunately, Max’s wish soon becomes a reality when a massive blizzard takes over the town, cutting the family off from all contact, as Krampus and his minions descend upon the family, intent of showing them what happens when the Christmas spirit is broken.

The film starts off well enough, with a strong, funny opening sequence showing how Christmas has descended into simply shopping mania as people go mad seeking out Christmas gifts for themselves and others. From there, the first half of the film is a consistent darkly funny look at a dysfunctional family and all that entails, and all the main actors, newcomers and otherwise, do a relatively decent job at playing their roles.

The second half of the movie moves into horror-comedy, unleashing Krampus’ silly minions, which feature everything from a caterpillar-like clown creature to mischievous gingerbread men, while also going full gear horror with sporadic appearances of Krampus, a truly frightening animatronic design.

Director-writer Michael Dougherty, most known for his 2007 cult hit “Trick-r-Treat,” does a fine job mixing both of these genres together, and he does have some pretty novel, albeit rough around the edges, designs for his creatures. Specifically, the demonic teddy bear and the gingerbread men would have benefitted from more time spent with the animation.

The last third of the film does feel rather rushed, as the family soon starts being thinned out by Krampus’ horde,with not much fanfare behind this. Krampus also needed more screen time, although what he does and how much he shows up is still serviceable. The ending itself, without spoiling anything, will earn some praise or criticism; as I heard during my screening of the film, several people did boo at the end, although it was certainly fine for what it did, evoking similar feelings I felt watching the original “A Nightmare on Elm Street.”

Overall, the film is flawed in some effects and rapid, rushed pacing at the end, but there was genuine surprise at the decency of the whole endeavor, and is definitely a great holiday film with a touch of horror to boot.