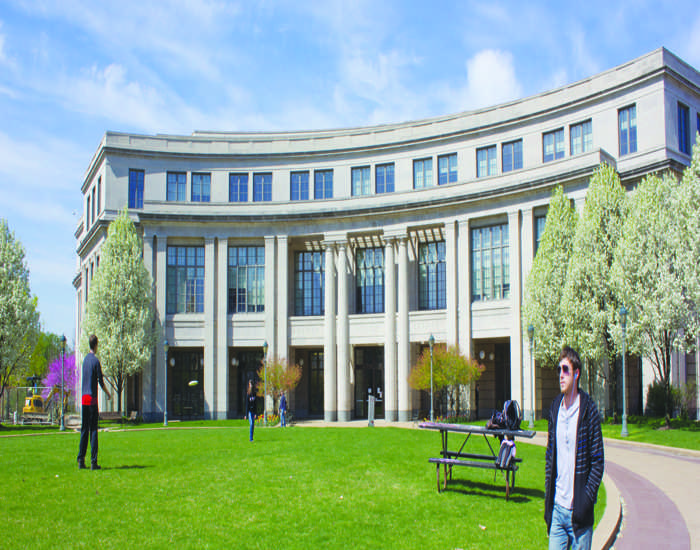 On Monday, March 26, Kelvin Smith Library (KSL) hosted a special event to announce the acquisition of the archives of the Cleveland Play House (CPH), dating back to its formation in 1915.

The theater company’s move to their new downtown location and the need for processing of their extensive archives led the Cleveland Play House to donate the items to KSL, where they will be catalogued and made available for review. Roughly two and a half million documents were transferred to CWRU, where librarians and volunteers will process, catalogue, and digitize them over the next few years.

The archives encompass theater posters, pictures, design drawings, and financial records, in addition to many rare books donated to the theater over time. The archives also provide a history of some famous actors, such as Paul Newman, who began their careers through CPH.

Arnold Hirshon, associate provost and university librarian, discussed the care the new archives need. “There’s a lot of preservation work that needs to be done for materials like this,” he said. The Cleveland Play House “simply didn’t have the staff to maintain it.” The records will eventually be digitized, providing an electronic catalogue for people to sift through before arranging to review the archives in person.

“I think the play house deserves a lot of credit for having preserved this,” said archivist Jill Tatem, who works with the University Archives. “The fact that they preserved this all these years and that it is such a rich collection, that’s not a trivial contribution.” The collection is essentially a complete record of the play house’s tenure, as they never distributed or sold pieces of the archives.

The focus now is on cataloguing and properly protecting the items transferred to the archives. Hirshon estimates that processing through digitization will take around three years, and will be completed in time for the 100th anniversary of the Cleveland Play House. Tatem phrased that commitment another way. “We’re estimating it’s about a 5000-hour project,” she said.

Besides university librarians, volunteers and paid student employees will be assisting in the project at all stages. Hirshon foresees faculty hosting classes based on the archives, which will be available not only for professors but for students, staff, and community members as well. The digital catalogue of items will facilitate pulling records of interest in preparation for review. There is currently a gallery of collection highlights in the library, which will be on display through the end of the semester.