Kyrie Irving is the NBA’s next superstar 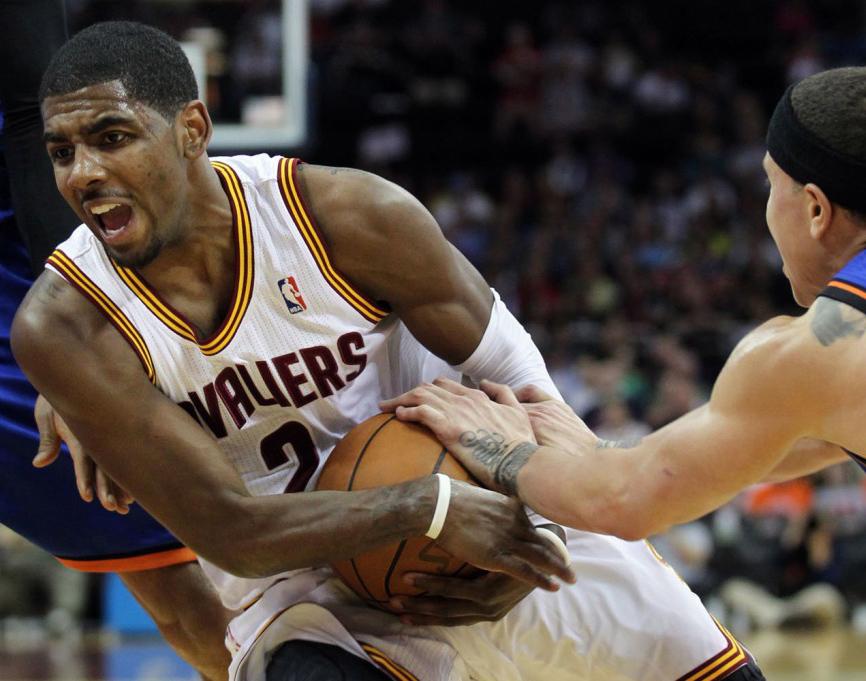 Kyrie Irving has started to become a household name in the NBA, but rewind to June 23, 2011, when “NBA Draft Experts” were predicting another Jay Williams. His talent was considered a notch below prospects from previous drafts, such as Blake Griffin and fellow point guard, John Wall. One of the major knocks on him was his athleticism; the experts harped on the fact that he lacked the speed and explosiveness of fellow point guards like Wall or Derrick Rose. They also claimed that he was good at many things but not great at any. It seemed, at the time, like the basketball gods had yet again cursed Cleveland with a marginal draft at a crucial time for a franchise reeling from one of the biggest losses in league history.

Fast forward to December 2012 and Kyrie Irving was the cover boy for ESPN The Magazine’s NEXT issue. It’s safe to say a lot has happened between him being drafted and now. Did I mention that he’s still 20 years old? In a year where Damian Lillard is capturing a lot headlines for his exciting play as a rookie, it’s easy to overlook the fact that Irving is actually two years younger than Lillard. This is not a knock on Lillard, but rather a compliment to Irving who has displayed elite talent in an extremely short time.

It took some time for the national media to recognize the talent Irving is, but Cleveland fans sensed it almost immediately. Irving’s debut was shaky at best, but throughout the year, improvement was there as was confidence. Throughout his rookie campaign, he showed that he was not afraid of big moments and game-winning shots. After the Ricky Rubio fad phased out, it did not take long for the NBA to recognize Irving’s talent, and his play only improved toward the end of the season where he collected the 2011-2012 Rookie of the Year hardware.

Irving now finds himself on the heels of his first All-Star game, of what will likely be many. His rise was not as easy as some bigger-named players in larger markets, but the fact that he made it in only his second season is a testament to his transcendent talent. Many believe that he deserves to start in the All-Star game with Rajon Rondo out with injury, but now that it’s been decided that Erik Spoelstra will coach the game, it looks like Chris Bosh will get the starting nod and move up into the front court. Some may joke that maybe Spoelstra doesn’t want to see Kyrie and LeBron on the court at the same time, which could very well be a reality in 2014, but that’s beside the point right now.

It stands today that there is a legitimate argument that Kyrie Irving is the best point guard in the East with Rose and Rondo out to injury. When looking at the NBA as a whole, Chris Paul seems to be the only point guard that can lay claim to be better than Irving at this moment. Irving’s age cannot be emphasized enough as he’s reached elite level before he’s even 21. Not many players can lay claim to greatness at such a young age. This has to make fans wonder if he is that rare breed of player that defines a generation, such as a Kobe, LeBron, or Durant. At this pace, the answer would be yes, but he has a long way to go and, as history has shown, point guards rarely lead teams to championships by themselves. Chris Grant has made some smart moves and left tons of cap space open to be flexible in free agency (specifically 2014…LeBron). It will be very interesting to see what this team looks like in two years. Kyrie Irving is the face of Cleveland sports right now, and a glimmer of hope that has been shown and snatched away so many times.