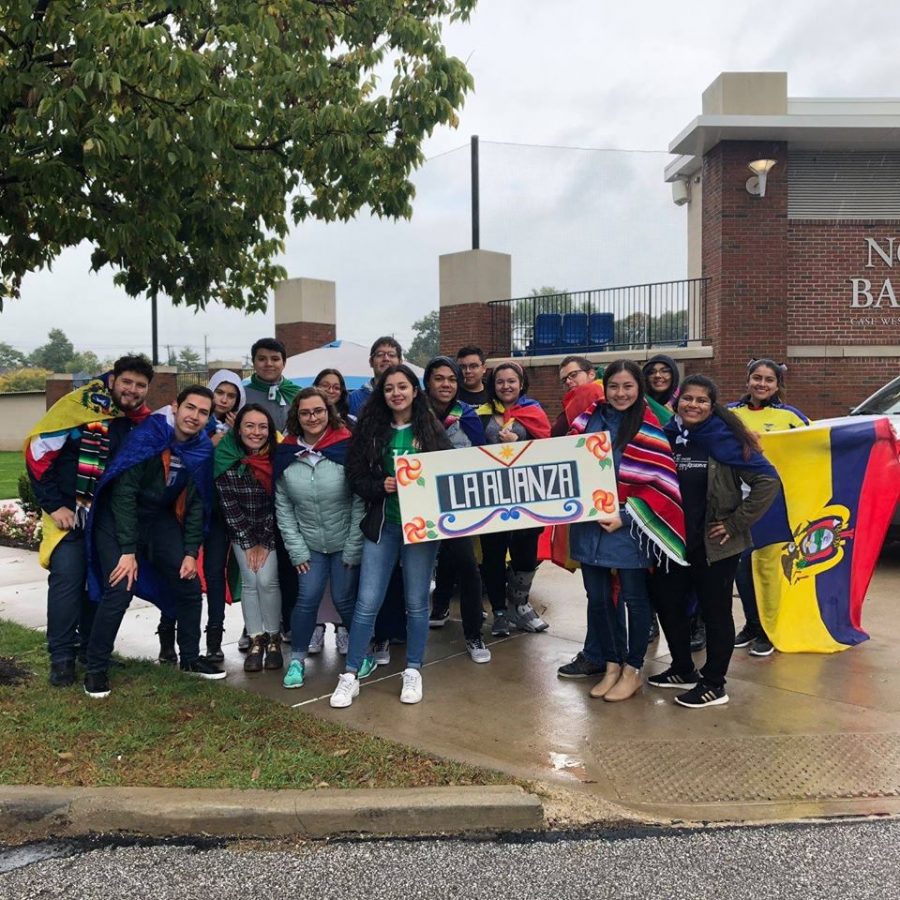 “Fatima and I took on this project because we have strong connections with [the] faculty members that are helping us make this happen,” said Terrazas.

Both Terrazas and Fahman believe La Alianza owes a lot of its success thus far to help from Associate Professor of Spanish Damaris Punales-Alpizar and co-director of the Social Justice Institute John Flores.

Rahman and Terrazas say the project was inspired by the successful push for an African American/African studies minor last year. La Alianza hopes to recreate that success for an even more ambitious goal.

“We realized we wanted more than a minor and wanted a program that could constantly improve and grow, which is what a major offers,” said Rahman.

La Alianza believes adding this major would enhance CWRU’s community in many ways.

Terrazas thinks it will fill an important hole in CWRU’s academic offerings and believes her education was impacted by that hole.

“I chose a Spanish minor because Case doesn’t provide a Latin American studies minor or major to pursue,” said Terrazas. “Adding this major will educate anyone interested in our history and culture, not just Latinx students.”

Terrazas noted that adding the major could act as a platform to push for more Latinx representation in CWRU’s community.

“Having a Latin American and Latinx studies major implemented is important because there is a lack of Latinx representation in the administration and the CWRU programs,” said Terrazas.

Fahman also stressed that the major could reinforce diversity at CWRU.

“One of the core values of CWRU is diversity and inclusion, and that should be represented in our academic curriculum,” said Fahman.

Fahman and Terrazas agree that the response from the CWRU community has been mainly positive so far. However, Terrazas noted that the initiative did not begin will the petition. Support for the major has come from a broad swath of CWRU’s community.

“As students, we understand that we can only go so far, but you cannot deny the support this initiative has gotten thus far on campus,” said Fahman. “We hope our administrators will remember the core values that CWRU represents, and take into consideration how this major would touch onto those values.”

Provost Ben Vinson III learned about the drive last week. Although he is a historian of Latin America, Vinson said he would not allow that to impact his opinion of the petition.

“My role as provost is to approach academic questions from a broad institutional perspective, rather than the lens of my own scholarly focus,” said Vinson.

“I am impressed by the thoughtful and constructive nature of their petition language,” said Vinson.

Vinson found La Alianza’s research into Latin American and Latinx studies programs at other universities and support from students and faculty particularly compelling.

According to Vinson, each undergraduate college has a different set of bylaws for creating a new major. Even if a college does decide to support an initiative for a new major, a Faculty Senate committee and then the full Senate need to approve the proposal. Vinson could not provide any insight into the timeline of establishing the major.