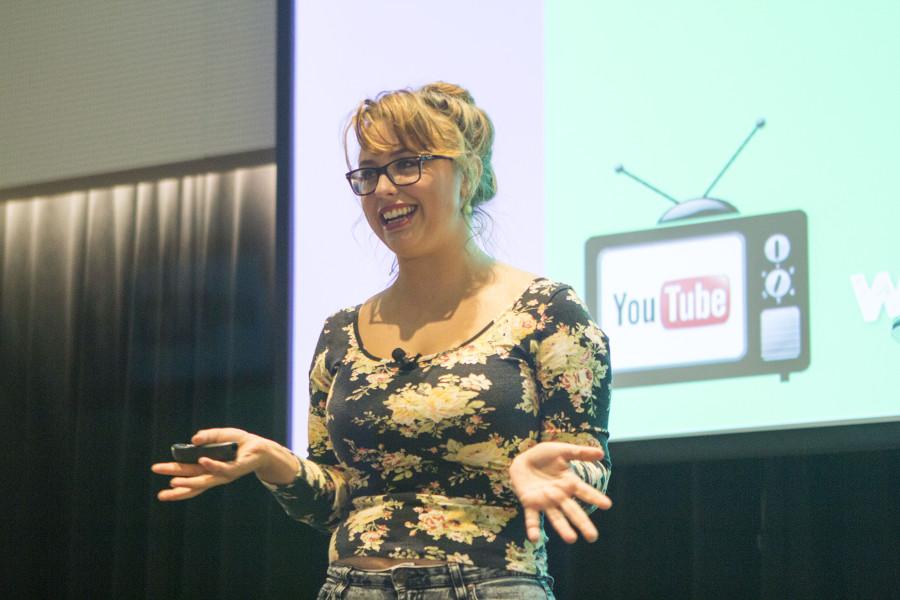 Green spoke to students at the Tinkham Veale University Center on Oct. 7. “Best Sex Ever!” aimed to educate people about their bodies and their sexualities in order to make sex safer and more pleasurable for everyone.

Green pointed out that, from an early age, many Americans are taught that their bodies are dirty and something to be ashamed of. She said that she herself struggled with this when she was younger, but hopefully, more knowledge will help people learn otherwise.

Sex education in public high schools is only required in 22 states. Although there have been recent improvements in the comprehensiveness of this education, there is still opposition that says that this education endorses or promotes sexual activity.

Thirty-three states also require that schools provide HIV/AIDS education, which is another topic that Green brought up. When Green asked the audience what came to mind when they saw the word STD (sexually transmitted disease) on screen, one said, “horrified,” while another said, “itchy.”

When one student said “uncomfortable,” Green expanded on that, saying that many people feel embarrassed, worried or scared when talking about these diseases.

Green pointed out that the Center for Disease Control shows that millions of people have sexually transmitted infections (STIs) and STDs.

“The reality is that STIs are normal,” said Green. “They are actually normal. Just like every germy, bacteria-y, virus-y thing we give to each other.”

Green said that people need to know how to be safe and prevent STIs, and how to get treated if they do get one. She pointed out that people who think they may have an STI should see a doctor and communicate with potential sexual partners.

Green also talked about the issue of consent. She asked the audience to read notecards that demonstrated clear and enthusiastic consent.

“That feels so good,” one student yelled.

“Do you want me to keep going?” asked another.

On the flipside, Green pointed out that if anything is unclear, all action needs to be stopped until clear consent is given. Green said that communication is one of the most important parts of any sexual relationship.

Using all of her advice—knowledge of your body, self-love, safety, communication and respect between partners—Green says that you can have the best sex ever (but no guarantee).