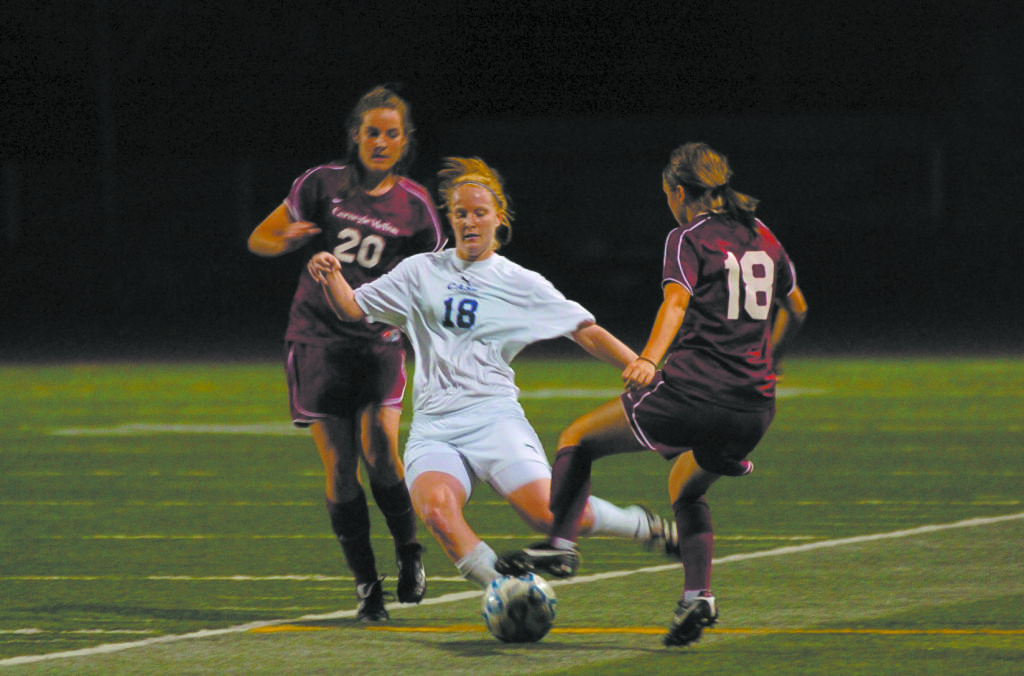 This upcoming weekend the Case Western Reserve University’s women’s soccer team faces two new opponents – Denison University and Kenyon College – in Denison’s Labor Day Tournament. Though neither Denison nor Kenyon is in the UAA conference, they are by no means easy adversaries.

Located in Gambier, Ohio, Kenyon plays in the North Coast Athletic Conference (NCAC), where they secured the championship in 2006. Clearly the Kenyon program is used to success and has established a top-team reputation in their conference as well as in the entire Division III of the NCAA. Kenyon is traditionally a back line team. They thrive on their defensive stability and are consistently recognized for their strong defense-focused program, the most recent being Defensive Player of the Year in 2008 to Sam Schoeny.

Players to watch include Caddie Durrett and Hannah Lodi. A senior captain, Lodi secures the back line. She epitomizes Kenyon’s capacity for defensive play – strong tackles, communication, field vision, and tactical skills. On the other hand, Durrett is a junior forward who was the lead scorer last season as just a sophomore. She was also high on the list for assists. Durrett is a threat because she poses a dangerous threat in Kenyon’s attack. Durrett has the potential and talent to change Kenyon’s strong defensive reputation into a balance of defensive and offensive threat.

Kenyon continues the pattern of strength in tradition; with the presence of longstanding head coach Kelly Bryan. Bryan has been head coach since Kenyon’s 2003 season and in 2006 won NCAC Coach of the Year. CWRU’s performance against Kenyon should be indicative of their future UAA games because of the high level of competition. Like the UAA powerhouses, Kenyon challenges CWRU’s relatively new, young program with experience and consistency.

Like Kenyon, Denison has a strong defense – which they refer to as the ‘Big Red Backline’. Senior Haley Gewehr anchors the defense alongside junior backs Jenn Sloan and Angie Coderre. Denison is undoubtedly a tough program with talent and experience- what will be challenging for them is filling the shoes of Oshita in the attack.

CWRU has the ability to challenge Denison and faces some similar issues; while the Spartans have a strong backline with veterans like junior Laura Gabster, they face challenges filling the gaps in their offensive line. Some people argue that a strong defense is a good offense, but without goals there’s no shot at a win. For the Spartans to pull it off, they need to maintain their transitions through the midfield and will need a forward to step it up – big time – and put some shots in the back of the net.