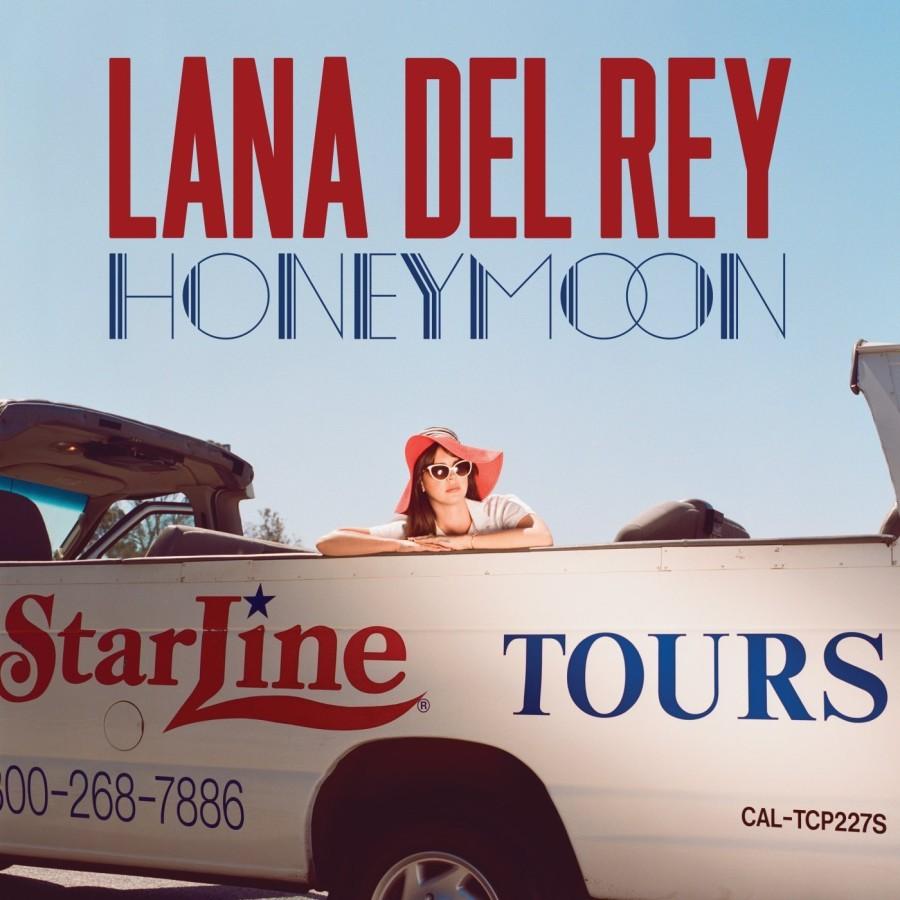 After firmly taking a place in the current culture thanks to a disastrous Saturday Night Live performance, in support of her first major album “Born to Die,” Lana Del Rey once again takes her spot as one of pop music’s strangest entities. She is, as she confirmed with last year’s unhurried “Ultraviolence,” either unwilling or unable to conform to the standards set by the genres in which she’s normally placed.

She does this once again on “Honeymoon,” delivering 14 Sad Girl anthems, most of which float on well over four minutes. This doesn’t necessarily spell doom for the album. While the songs do run for much longer than any casual listener would expect, Del Rey has a peculiar ability to evoke the dark, delirious dreamland she calls California with ease throughout the album.

“Honeymoon” doesn’t become an opportunity for Del Rey to boast improvement in her vocal performances. The closest the album comes to this is the James Bond-ready “24,” in which she sings over a swelling, all-encompassing horn section.

For the most part, however, she hardly works anywhere but within the pouty croon she became famous for, which has been so well documented on her previous albums. But “Honeymoon” does do an impressive job of showing off her skills as a writer.

“We both know that it’s not fashionable to love me,” she yawns on the title track, which opens the album. Del Rey’s lyrics seem to hover around the same topics: bad relationships with toxic men she can’t get enough of, California and the bizarre, invasive nature of being in the public eye.

While her entire catalog of songs has tackled these themes, Del Rey’s writing carries a surprising freshness that’s haunting and complicated, but simultaneously functions as a winking, cackling middle finger to a spurned lover or a bored listener. “Baby, if you wanna leave/Come to California/Be a freak like me, too,” she offers on “Freak.”

If anything the album indicates a surprising departure sonically from Del Rey’s previous albums. After the sparse, string-focused “Ultraviolence,” “Honeymoon” displays Del Rey’s willingness to experiment with her sound. From the heavily trap-influenced “High by the Beach” and “Freak” to the Old World Italian vibe of “Salvatore” and “24,” the album has a rich, surprising texture that almost warrants its languorous pace.

“Honeymoon” is an album that asks a lot of its listeners. Many songs, including the title track, run much longer than many listeners’ attention spans can handle. Its vocals have a tendency to become repetitive. As dull as this may sound, however, Del Rey has made a career out of this perfectly curated image: a very bored, very sad girl, who knows exactly how to make people listen to her.