Because Laundry Isn’t Your Favorite Class 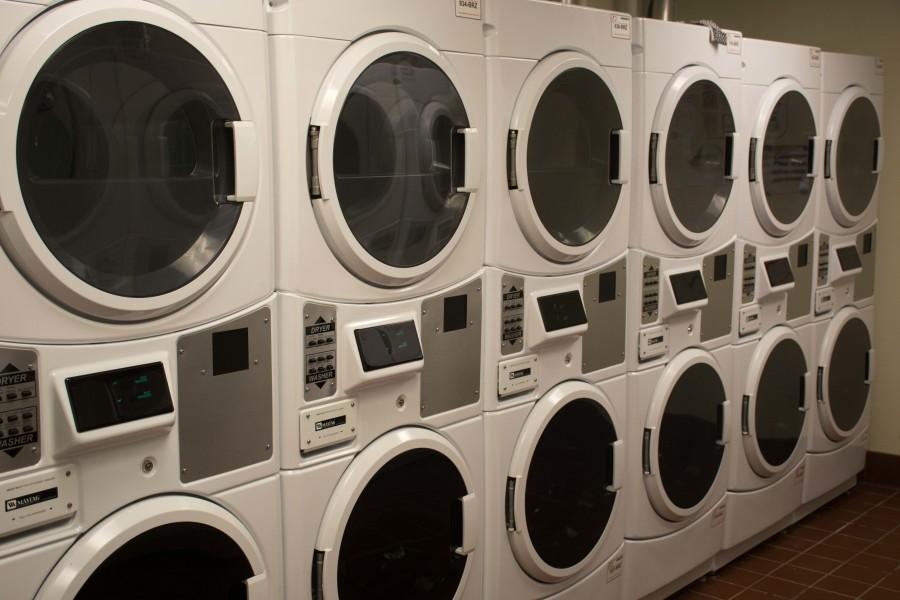 For students tired of doing laundry themselves, CWRU-backed startup CollegeHamper presents an alternative. Students can sign up online for the new laundry service.

Marc Parnell, sophomore, is launching the laundry service CollegeHamper at Case Western Reserve University on Oct.1. For $17, students can have a basket of laundry washed, folded and delivered.

Following in the trails of companies such as Uber, Roadie and InstaCart, CollegeHamper utilizes a “logistics-driven mobile software framework.” To use the service, customers must place an order online and leave their hamper outside their door. CollegeHamper student couriers will then wash it and return folded, clean laundry within three hours. CollegeHamper plans to employ 10-15 student couriers per semester.

CollegeHamper’s concept and business plan have received accolades at several business competitions. Parnell’s contract with the University is also the first of its kind at CWRU. Though CWRU has signed contracts with several alumni start-up companies in the past, it has never signed with a current undergraduate student for a business on this scale.

During the fall of his freshman year, Parnell began conceptualizing his laundry service.

“I ran cross country and it was a massive hassle getting my laundry done because of all those running shorts,” Parnell said.

Parnell is studying mathematics and economics, working towards an integrated masters. Propelled by a sense that “something eventually [had] to give,” Parnell saw an opportunity to capitalize on fellow students’ general disdain for spending time on laundry. That winter, he started formally developing what would become CollegeHamper.

According to Parnell’s calculations, the average student spends 95 hours per year doing laundry. In addition to establishing a demand for CollegeHamper at CWRU, Parnell gathered information from students at Baldwin Wallace University, John Carroll University and Cleveland State University.

Though he declined to comment specifically, Parnell is planning to get CollegeHamper running at other colleges and universities in future.

Throughout its development, CollegeHamper has received support from many individuals and resources at CWRU. Parnell credits much of his success to his mentoring relationship with Bill Grimberg, Senior Director of National Development at CWRU and Bob Sopko, director of Blackstone LaunchPad.
“They were instrumental to my development as an entrepreneur,” says Parnell.

Bill Grimberg began working with Parnell as his mentor for the 2015 Spartan Challenge, a business startup competition that began as the “brainchild” of Joyce Erony, CWRU ’81. Grimberg helped Parnell with his pitch and offered business advice for Parnell’s performance in the competition.

“It’s just amazing that he was a freshman last year and he put this business plan together in unbelievable detail,” Sopko said.

Stark was enthusiastic about Parnell and the notion of supporting a student-led competition.

However, Stark added that from a business standpoint, the university is “treating [Marc Parnell] like we would any contractor.”

After the contract was reviewed by CWRU’s legal counsel, Stark approved it.

“I felt comfortable that it would be worth trying,” said Stark. “It was clear that Marc did his homework.”

Grimberg calls the people and resources that helped Marc Parnell and CollegeHamper the “entrepreneurial ecosystem.” He believes that projects like CollegeHamper are made possible because “innovation and entrepreneurship are in the DNA of CWRU.”

CORRECTION: The photo caption accompanying this story was revised to reflect that students sign up for this service through CollegeHamper’s website, not through a mobile app. September 1, 9:26 p.m.