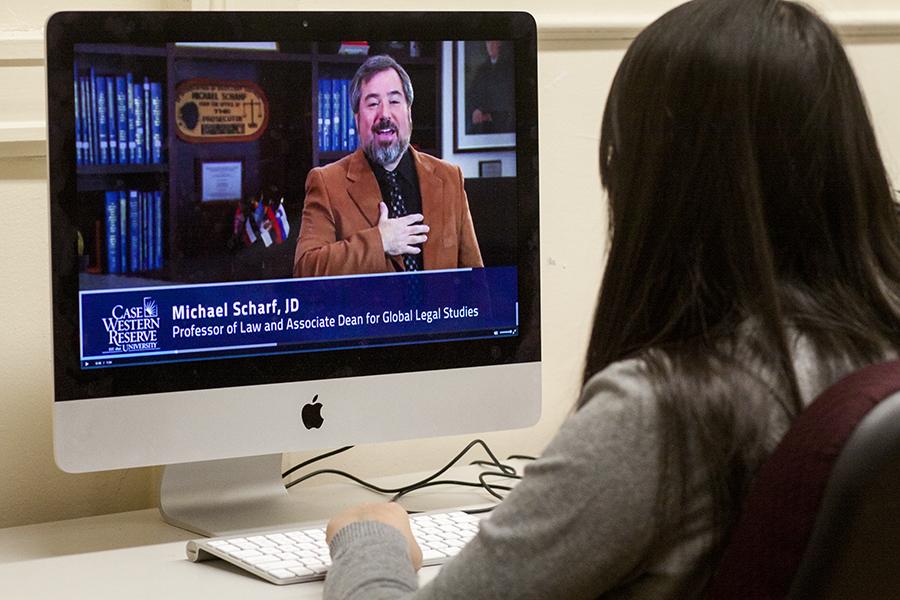 Case Western Reserve University isn’t the first higher education institution to jump on the free online course bandwagon, and it won’t be the last. The concept, in theory, seems both infallible and incredibly appealing, especially to the growing university. What could be better than creating a comprehensive form of education that anyone can access? What could be better than making intensive, high-level academic courses available to people unable to afford Case Western Reserve University’s tuition?

To many, free online courses represent an attempted revolution in higher education—the first and best way one can use technology to improve education. But this online education reform isn’t as revolutionary as it seems. It’s faced one key hurdle: people so far don’t actually complete their coursework. A study by the University of Pennsylvania Graduate School of Education shows that, out of one million users, only about 50 percent of students who register for an open online course actually view a lecture, and only 4 percent complete the course. Though the universities who launch these online courses tend to be hopeful about their outcomes,the concrete data on the success such programs looks grim.

Critics maintain that the structure and format of online coursework is counterproductive and can often be inhibitive of learning, pointing out not only the low completion rates, but also the low registration rates, low passing rates and inability of online courses to reach those without a college degree. In other words, many believe that Massive Open Online Courses (MOOCs), at least in their current format, are failing.

Still, CWRU has performed better than the national average when it comes to the online courses they offer. Seven percent of those who registered for one of CWRU’s first online courses which was started last summer, “Introduction to International Criminal Law,” completed the course successfully. And one has to remember that even with a seven percent completion rate, more than 21,000 people signed up, so over 1,400 individuals still finished the course. That’s more than two and a half times as many students who pack Strosacker Auditorium, the largest lecture hall on campus, for Chemistry 111.

Comments from the campus entity most involved in the launching of CWRU’s online course, Information Technology Services (ITS), were unavailable as of press time. The Observer will examine MOOCs from a technology perspective and ITS’s role and plans for the courses in next week’s issue.

Even as CWRU continues to launch new courses through Coursera, an online sponsor of MOOCs, other members of the university community are trying to find out how to make them better, perhaps even craft a new generation of this idea. Professor Mark Turner of the Cognitive Science Department, in collaboration with Professor Francis Steen at the University of California Los Angeles (UCLA) and The Distributed Little Red Hen Lab, plan to launch a multi-year project in the coming months, in order to study the Mind, Media, and MOOCs.

“Next year, Steen and I will teach parallel, collaborative courses on Mind and Media: one at UCLA [and] one in cognitive science at CWRU,” Turner says. “Students in the two courses will interact with each other through video conference. Naturally, we have been exploring the usefulness of media in supplementing and strengthening the course, and this has led us to look at the current state of MOOCs.”

According to Turner, the diagnosis of the conventional model of the online course…isn’t good. The problem is one of attention. Turner uses the example of a black bird to explain.

“If you and I are standing outside an I say to you, ‘There is a black bird over in that hedge that has red stripes on its wings,’ and you look where I am pointing, that is classic joint attention,” Turner says. Blended joint attention, on the other hand, is when two or more people are attending to something outside of their perceptible local environment.

“We might be attending to copyright law instead of a black bird,” Turner says. We might be separate in time, space, or both. There might be thousands of people instead of two.”

“Nearly all communicative media depend profoundly upon excellent techniques of blended joint attention,” Turner says. But that’s not what MOOCs have focused on . “The MOOCs we have seen pay very little attention to blended joint attention. Instead, they film a lecture.” This is not a good way to go about creating a communicative, educational environment. People lose interest quickly when they’re watching film of real-time events. The computer screen, rather than an enabler of communication, effectively acts as a barrier between the viewer and the professor, or between the viewer and other viewers.

“Red Hen,” Turner says, “would like to do some work to improve the use of media in learning, and we are currently looking at MOOCs as examples of how not to do it.”