“Legends of Tomorrow” is a less than super superhero show 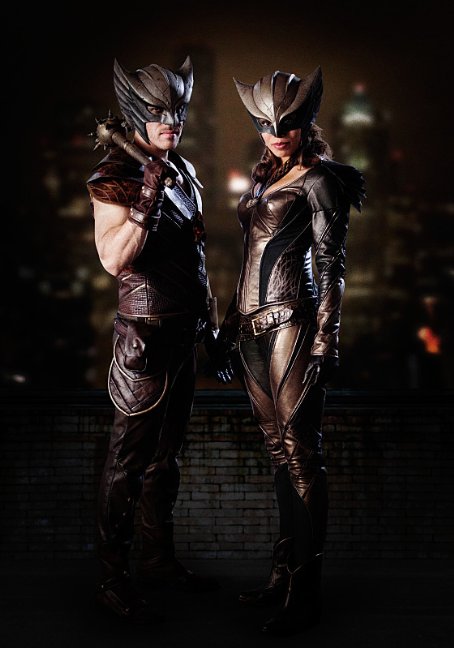 "Legends of Tomorrow" premiered on The CW on Jan. 21.

“Legends of Tomorrow” is not a good show. Let’s just start this off with that. It’s overdone, under plotted and has far too many annoying characters. But, after watching last night’s pilot episode, I’ve got to say it was better than I expected.

The show centers on “Doctor Who”’s Arthur Darvill as Rip Hunter, a time traveler from 2166 who goes back to modern day to gather our eight central heroes to help fight the immortal Vandal Savage (Casper Crump), a villain who we thought had been defeated on our last “Flash”/”Arrow” crossover but it turns out is back for more.

You see, unless Hawkman (Falk Hentschel) or Hawkgirl (Ciara Renee), both formed from the same radiation that formed Savage, kill him themselves, he can be reincarnated by just a single cell. This means that our SuperTeamTM has got some work to do.

Who makes up this team? “Arrow”’s Brandon Routh brings some much needed humor as Ray Palmer, aka The Atom, while Caity Lotz brings some less needed woodenness as Sara Lance, who, thanks to the suggestion of her sister, is now going by the name the White Canary (as opposed to Black). Also present are the two halves of Firestorm (Victor Garber and Franz Drameh), who are both fine if not particularly engaging and the least villainous villains of all villains, Heat Wave (Dominic Purcell) and Captain Cold (Wentworth Miller).

A lot of the problems with the show lie in how the characters are written. Purcell and Miller are both great actors (remember how good the first season of “Prison Break” was?), but the show can’t seem to bring that across, instead making them feel hollow and fake. Lotz faces a similar problem, with Sara’s personality severely lacking when it is present at all. Garber and Drameh are both fine, but it seems as though their characters have a lot more potential than they are being given, especially with an established actor like Garber.

Hentschel and Renee, who really should be the central draw of the show due to their connection to the main villain, are also dry and wooden. They have no chemistry, even though they’re supposed to have been immortal lovers who have died for each other time and time again.

The show also has a habit of stuffing the information it wants to know down your throat. The episode begins with the stereotypical voiceover, giving you all the background information you need to know in the least creative way possible. This continues throughout, with long and drawn out discussions of the themes and morality stories the writers clearly want you to be taking away.

Still, the effects are impressive, the stakes are highs and the traditional campiness of The CW’s superhero shows is stamped all over the screen. It’s a rollercoaster ride from start to finish, and despite its flaws, its entertaining television. While it may not ever be anything more, at least it knows how to keep an audience interested.