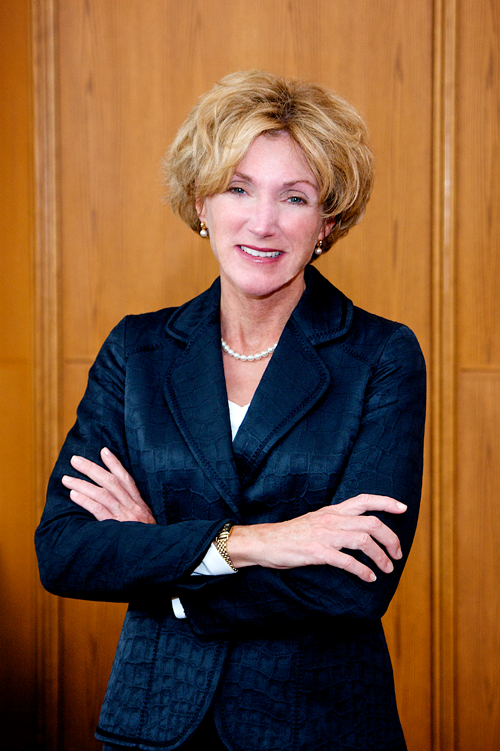 Under President Barbara R. Snyder, CWRU has seen an increase in admissions applications and progressive projects.

Through the title, I’m sure it is clear, you’ll realize that this piece is an offering support to the figurehead here at Case Western Reserve University, President Barbara R. Snyder.

Through observations during my undergraduate tenure, and mining through facts and statistics, I’ve noted profound change and progress for CWRU on and off-campus—especially in the context of undergraduate education and experience. Snyder, and, of course, the rest of the administration, deserve recognition and thanks for this growth.

In 2007, when Snyder was appointed, undergraduate admission applications to CWRU was at 7,297; in 2015, it was at 22,807. That is nearly a 213 percent increase, clearly making CWRU more known across the nation and globally.

Indeed, CWRU’s selectivity has also increased all the while: In 2007, the undergraduate admittance rate was close to 75 percent; it is now at 36 percent. While selectivity data may be controversial, we are demonstrating CWRU’s academic caliber by recruiting the “best and brightest students.”

In fact, just over our time here, some of my fellow classmates have already gone on to achieve amazing things, whether it be through entrepreneurial endeavors, research, advocacy efforts or the like.

Under Snyder I’ve seen the finishing of the Tinkham Veale University Center, renovation of certain other facilities, the completion of the Wyant Athletic and Wellness Center, the erection of the new Albert and Norma Geller Hillel Student Center, the development of the new Harry Sears and Sally Zlotnick Sears think[box] and much, much more.

I was particularly pleased with Wyant, for I now work there, and I feel it offers a great incentive for first-year and upperclass undergraduate students to keep healthy through fitness. Before, it proved difficult to get in exercise unless you were willing to schlep all the way to the Veale Convocation, Recreation and Athletic Center.

Fiscally, CWRU went from facing deficits and struggling to keep the University running, to now thriving and being able to spend much more on education, outreach, new projects, etc.

We went from a total operating surplus of -$19.9 million (a deficit), to $8.96 million (a surplus). All at the same time, we’ve spent significantly more, from $844 million in 2007, to $1,022 million in 2015. To put things in perspective, that’s an increase of 21 percent in spending, meaning we’re able to invest in the aforementioned projects, initiatives, faculty, staff and so on.

During Snyder’s administration, diversity and inclusion efforts have been championed, and the university’s community outreach undertakings have increased drastically. Many of these achievements have been noteworthy. CWRU made the list for the “Top 25-LGBT Friendly Colleges And Universities” via the Campus Pride Index in 2013.

We’ve won accolades and praise for our sexual assault prevention and intervention programming. We’ve developed and have begun implementing projects where we can talk about really important issues concerning diversity, whether that be through the creation Undergraduate Diversity Collaborative, Diversity 360 sessions, PULSE retreats, international student recruitment and retention efforts, Gender Inclusive Housing policies and again, so much more.

Snyder has stuck with CWRU through “thick and thin.” In 2013, after CWRU was on the up, there was speculation that she would leave our university to take the position of the Ohio State University’s president. Yet she not only declined doing so, but has remained true to her word by stating at the time, “We’re just getting started … Six years—and we’re not done yet.”

Among her other impressive accomplishments, Snyder is the first female university president at CWRU, and Ohio Governor John Kasich appointed her to the JobsOhio board of directors in 2015.

It’s obvious I’m very excited for our university’s future. To say that I’m graduating with CWRU thriving would be an understatement. Yes, there’s more work to be done, but let’s look at the positives.

Let’s remain optimistic and forward-thinking toward the bright future that is ahead for CWRU.

Josh Lehrer is a fourth-year student studying psychology at CWRU. He wants to make clear that these are his genuine sentiments. He welcomes responses of varying perspectives—whether they be agreement or disagreement.