Lehrer: Acknowledging white privilege, then doing something about it 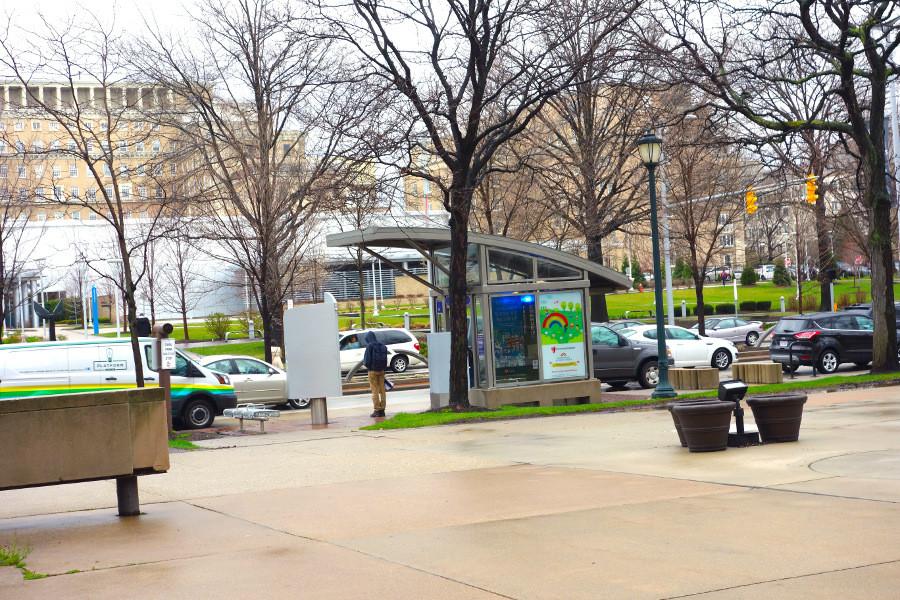 A bus stop on Euclid Avenue near the Thwing Center.

I’ve tried throughout my undergraduate career at Case Western Reserve University to seize upon all the opportunities both the university and Cleveland have to offer. Included in that is learning about white privilege. But important to realizing the nature of white privilege, I feel, is how I can move forward in life and try to help remedy the disconcerting racial inequalities in this country.

I grew up in an insulated community in Flemington, New Jersey. This town is largely known for its prominent fur coat store, and the historic case of Charles Lindbergh’s infant son being kidnapped and killed. But as I’ve become more politically active and civically engaged, I’ve started to see where I grew up as a very homogenous area with very little diversity whatsoever. Of course, as a kid growing up, I didn’t know anything different; I essentially thought nothing of it.

Flemington is in a rural county, not the stereotypical New Jersey often portrayed in media. Politically, it is a pretty conservative area. I didn’t start to see my hometown as “insulated” until my senior year of high school. A philosophy teacher was discussing egalitarianism. As we dived deeper into this topic, he brought up hate groups. Apparently, the county in which I resided had documented hate groups, according to the Southern Poverty Law Center.

To be honest, this was a surprise, but did not impact me much until I arrived in Cleveland to attend CWRU. My full “loss of innocence,” however, occurred last year in my hometown, in March of 2015. A store owner had posted a sign on his front window which read “Celebrate White Heritage Month in March – White History Month,” making national news.

Not only was this offensive, but it made me aware that this lack of diversity in my hometown was also accommodated with racial prejudices and clear ignorance. The sign could not have come at a more inappropriate time: Immediately following Black History Month in February, and after the #BlackLivesMatter movement had recently emerged on campus.

It is important to not have embitterment toward where I grew up; it is a fine community where I had the opportunity to attend great schools. Among the education programs that was influential was the chance to travel to Europe on a school-sponsored Holocaust Overseas Program over spring break of my junior year of high school. During this trip, we saw first-hand the atrocities that occurred during Nazi Germany’s reign. We visited nearly destroyed communities that had to rebuild after the war, depleted of the rich, vibrant Jewish culture that existed before.

And, as we visited five concentration camps, I saw the epitome of hatred, what it breeds and what it can do. Indeed, I genuinely thank the amazing teachers and community members who cared about issues relating to this dark period of history and genocides thereafter.

While being able to acknowledge white privilege and the cycle of systematic discrimination that prevails in America, what can I do about it? I hope that serving in San Antonio, Texas next year through the AmeriCorps affiliated City Year will help me further realize these issues, and pursue opportunities to affect change.
I do not wish to demonstrate elitism in saying this. Nevertheless, I do think—and others have agreed with me—that what better a way to impact community involvement and progress than per se “paying it forward?”

We all take different paths, but I urge all my fellow CWRU students to take advantage of resources on campus to educate ourselves, and gain meaningful perspective on issues related to diversity. The ones I have especially enjoyed benefiting from are the Center for Civic Engagement and Learning as well as the Office of Multicultural Affairs.

Josh Lehrer is a fourth-year student.