Less than Jake and Reel Big Fish to take on House of Blues Jan. 23 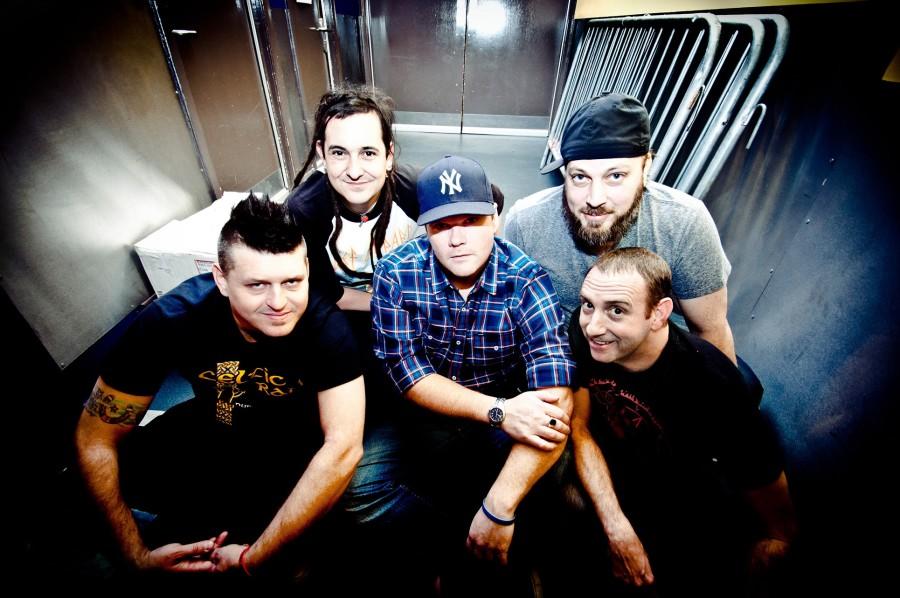 The last time Less Than Jake was in Northeast Ohio was for Warped Tour in July 2014. On Jan. 23, they will return for a show at House of Blues with Reel Big Fish.

Ska may not be going strong in mainstream music, but this hasn’t put a dent in the plans of Less than Jake. Just under 20 years after the release of their first album “Pezcore,” the band has stayed busy.

Their latest album, “See the Light,” came out on Nov. 12, 2013, and they’ve been touring around the world with sold-out shows nearly everywhere they go. On Jan. 23, they’ll be stopping by Cleveland’s House of Blues with Reel Big Fish and Authority Zero for a ska-filled kicker of a show, on a tour around the eastern U.S.

This band just hasn’t slowed down, and neither has their music.

Less than Jake singer Chris Demakes said that the band is still just as energetic as ever.

“What we were doing 20 years ago is still there. We go out there and we genuinely have a good time on stage together and the audience feeds off that, and then we feed off the audience,” he said. “We’ve gotten better as performers, we’ve refined our shows and we’ve gotten better as musicians, but the overall vibe and energy is pretty much intact from what it was.”

The same can be said of Reel Big Fish, who is co-headlining Less than Jake’s latest tour, along with opener Authority Zero. To most 90’s punks who grew up with the these bands’ music, this kind of tour is the biggest musical treat to start off the new year. At press time, tickets for the show were already sold out by House of Blues but were available at a steeper, resale price on the website.

(Probably still worth it.)

Demakes is excited to be sharing the stage with Reel Big Fish, too.

“We both came around at the same time, back in the early 90’s, and we both ‘hit’ at the same time when the late 90’s punk/ska thing was happening,” he said. “We just ran into each other time and time again, and a lot of the bands that we used to run with aren’t around anymore.”

Most of Less than Jake’s previous shows have had large turnouts, but with Reel Big Fish sharing the stage, they’re selling out faster than ever, with 1,500 to 2,000 tickets sold per night on the tour, according to Demakes.

A full house, some of the biggest punk rock/ska bands in the world and a city of punk-lovers means that this show will make musical history and will undoubtedly get pretty rowdy.

Demakes admitted that injuries have happened at past Less than Jake shows, noting a particular instance in London, where a man dove off the third story balcony of the theater, thinking the crowd could catch him.

“Everyone parted like the Red Sea and he came straight down,” said Demakes. “He ended up being okay… the show never could quite catch the momentum after that. It was a little disheartening.”

His words of advice: “Don’t dive off the third store balcony.”

Luckily for Less than Jake, there are only two stories in Cleveland’s House of Blues.

The ska-filled evening will kick off at 7 p.m., and the mosh pit will probably start the moment the music does.
“[The audience is] gonna leave all their troubles at the doorstep, they’re gonna come in and have the best four hours they’ve had this whole year,” said Demakes.

He paused. “And there’s not many days this year so far, so that’s not saying much. But they’re gonna have a good time.”