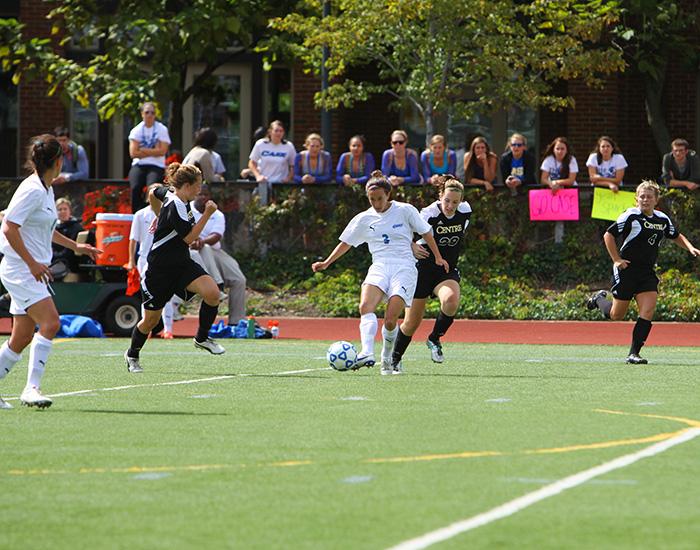 After capping an outstanding career on the pitch this fall, Case Western Reserve University senior midfielder Deena Levey has been selected to the 2012 NSCAA Division III Women’s Soccer All-Great Lakes Third Team, announced by the National Soccer Coaches Association of America on Wednesday. The all-region nod is the first of Levey’s career.

Also a four time All-University Athletic Association selection, Levey was a first team All-Association selection this season after earning honorable mention accolades during her freshman and junior seasons, as well as second team honors as a sophomore.

This fall, she finished tied for second on the team, with eight points on two goals and a team best four assists. A four year starter for sixth year head coach Tiffany Crooks, Levey appeared in 72 career matches and racked up 28 points on seven goals and 14 assists. She ranks tied for fifth in program history in matches played and tied for seventh in assists.

Also a standout in the classroom, Levey is a three time UAA All-Academic selection and a 2012 Capital One Academic All-District honoree as a nursing major with a 4.0 grade point average.

The Spartans, nationally ranked early in the season, concluded the 2012 campaign with an 8-6-4 overall record.