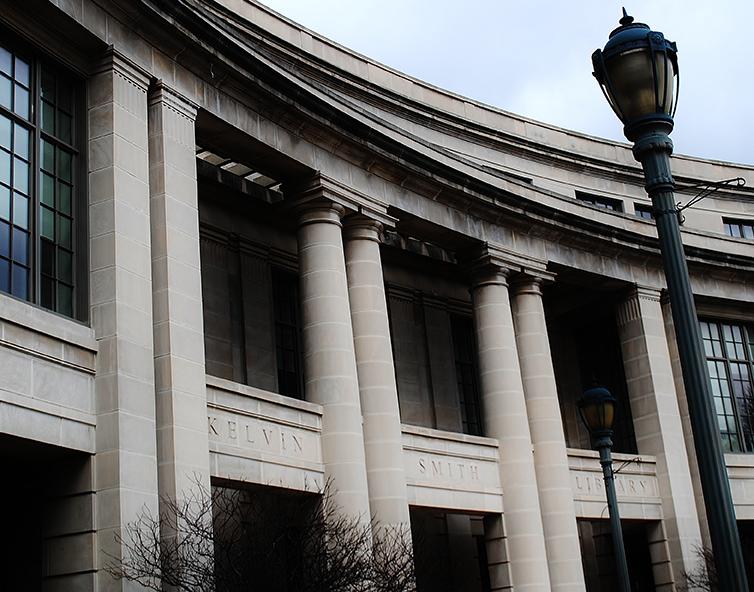 Due to the installation of hollow floors during its construction in 1995, much of Kelvin Smith Library cannot hold books; the floors would collaspe under their weight.

While collection storage is currently not a major issue for the university’s library network, there is concern that it may soon be; Case Western Reserve University libraries are almost at full capacity.

Currently, CWRU libraries store parts of its collection in a warehouse on Cedar Ave. and an offsite storage facility in Pennsylvania. Offsite storage is considered a standard practice for major research universities. While this methodology is relatively inexpensive in the grand scheme of things, the Pennsylvania site only costs CWRU $30,000 a year, holding collections in another state makes accessing needed materials more difficult since items must be shipped to the university.

According to Associate Professor of History and Law Dr. Kenneth Ledford, who is sitting on the CWRU 2026 strategic planning work group and has been involved in library workings for much of his 21 years at CWRU, part of this situation stems from the design of Kelvin Smith Library, the main library on campus. Much of the building is incapable of storing books because when the library was constructed in 1995, hollow floors were installed so that internet cables could be easily snaked through them. Since the floors are not weight bearing, they would collapse under the weight of periodic materials.

“[Kelvin Smith] was designed by the Vice President of Library Technology, who believed that by now there would be no more books,” Ledford said. “He also did not anticipate wireless technology.”

Ledford later added, “It is a library that was ill-made on two bets that didn’t pay off.”

However, since Kelvin Smith is a relatively new building, with the university already involved in several other major capital improvement projects, there is probably little chance that the building will undergo significant renovation any time soon.