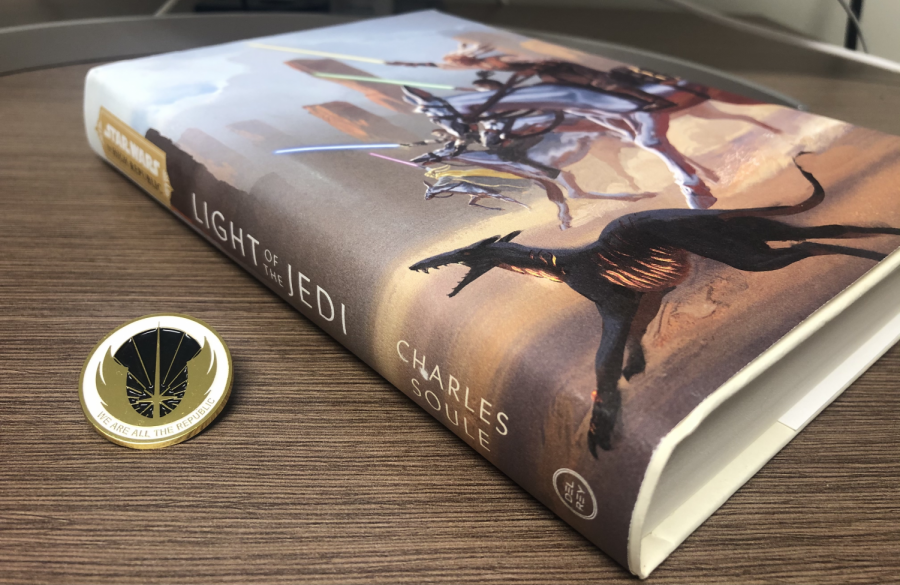 Explore a new era of "Star Wars" stories known as the High Republic.

“For over a thousand generations, the Jedi Knights were the guardians of peace and justice in the Old Republic.”

When Obi-Wan Kenobi spoke that line in the original 1977 film “Star Wars,” it was an incidental line meant to compare the current dark world to a brighter past. The dirty and gritty world in the film, dominated by a brutal fascist government more interested in power than the wellbeing of its citizens, was contrasted in that one line with a golden age of democracy and enlightenment, protected by the mystical Jedi. With this information, the goal of the trilogy’s protagonists became the restoration of this former glory and the toppling of the evil Empire, as is common in a hero’s journey narrative.

Now, with the main film series wrapped up after 40 years by 2019’s “The Rise of Skywalker,” the Star Wars franchise is delving into the past and exploring exactly what made it illustrious with their new publishing initiative “The High Republic.”

With this initiative, LucasFilm, the company behind Star Wars, is presenting a whole new era of storytelling set in the heyday of the Jedi Order and the Republic, 200 years before the film saga. In this new blank canvas of a timeline, books and comics will be released across publishers, including Del Rey, IDW and Marvel, creating an interconnected storyline about the beauty of good governance and proper institutions.

All this is being frontlined by “Light of the Jedi,” the first adult novel in the initiative, written by veteran Star Wars writer, Charles Soule. The book has big shoes to fill in introducing an entire new period of storytelling and worldbuilding. The last time this has been attempted was with the now non-canonical “Knights of the Old Republic” video game, which was released in 2003 to critical acclaim as it re-envisioned what the Star Wars universe looked like while remaining faithful to the core concepts of the series.

In order to effectively introduce this new epoch, “Light of the Jedi” asks the question: What if government was good? In every piece of Star Wars media released up to this point, there is always some conflict, whether it is from a bureaucratic, corrupt Republic, a dictatorial Empire or a military junta driven more by instilling order than serving the people. Now, “Jedi” sets the scene of a galaxy in a time of peace and prosperity. The Republic, headed by Chancellor Lina Soh, is driven by the ambition to unify the galaxy, creating infrastructure projects in the farthest outskirts and providing aid to systems with the most need. All this is reinforced by the continuous motto repeated by all galactic denizens, regardless of planetary origin: “We are all the Republic.” With a newfound optimism for a shared destiny together, the galaxy is attempting to do great things, led by the shining beacon that is the Jedi.

Yes, for the first time in Star Wars media, we are seeing the Jedi Order functioning at its zenith. Instead of being ineffective and dogmatic, or completely nonexistent, we see an order guided by the notion that love and hope should drive the ambitions of the galaxy. Rather than being soldiers, we see a guiding light that attempts to help the people of the galaxy in any way they can. The pure ideals of the Jedi is best shown in the opening act of the novel, which follows the Jedi response to “The Great Disaster,” which poses a threat to billions of lives. Here we see them saving lives, providing justice and tapping into the good of all in order to prevent catastrophe.

Through the novel, we are introduced to a deluge of characters and plot points, with most connected to a central plot of tracking down a cabal of space Vikings known as “The Nihil.” This fragmented nature has its pros and cons, as it shows off many sides of the Jedi and the galaxy as a whole, but also doesn’t truly allow the reader to connect too deeply with a particular character. Jedi Master Avar Kriss is ostensibly the main character as she investigates what caused “The Great Disaster” in the first place, but we don’t get to know her too well. Much of this is probably because the function of the novel is to set up era rather than individual character motivations, but perhaps a better balance could have been struck.

The broken up nature of the narrative, however, does constantly push things forward with new action and intrigue, creating quite an enjoyable, if hurried, pace. With this engrossing structure, we are given a novel that is quite enticing, giving the usual Star Wars tropes in a new landscape, and delivering especially timely themes. As we come into a new time in America where hopefully we can start to trust our institutions again, it is worth partaking in a little fantasy of a galaxy that finds solace in its own.