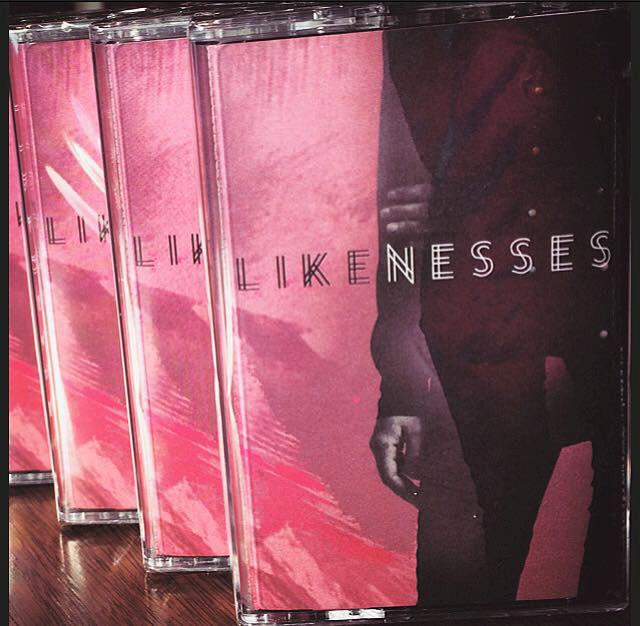 There’s nothing particularly new about the musical art form we know as rock ’n’ roll, but that doesn’t mean that the combination of vocalist backed by guitar, bass and drums can’t still be awe-inspiring. Such is the case with Cleveland’s own Likenesses, the ambient, dream-pop quartet which released its self-titled debut LP on Sept. 4.

Recorded and mixed entirely at the west side art gallery and studio Survival Kit, the rich tapestry of sounds constructed on this release mirrors that setting. Guitars shimmer like flecks of gold paint and vocals soar like broad brush strokes.

The aptly titled track “Captivator” kicks off the album with an attention-grabbing musical waterfall of cascading drums and recessed vocals provided by the group’s vocalist Alex Tapié. Building in intensity with each successive verse, this track is an early highlight that serves as the perfect introduction to Likenesses’ dreamy, reverb-soaked sound. “Of Course You Do,” the single-ready second track, follows this musical framework to a tee with similarly satisfying results.

The most appealing of the eight tracks on the album is the crystalline “Like We Used To.” The album’s longest cut, this song is a crescendo of brooding bass and drums. It stuns the listener each time the jazzy chords of its chorus dispel the remaining instruments to bask the track in flash of light. Here, the group’s instrumentalists—guitarist Tony Cavallario, bassist Matthew Gengler and drummer Craig Ramsey—shine brightest.

In only 36 minutes, Likenesses easily prove with their debut that there’s plenty of room at the top when it comes to crafting deeply textured and thoughtful guitar pop.

“Likenesses” is available for purchase on cassette at Blue Arrow Records in the Waterloo Arts District and on Bandcamp, and can also be streamed on Spotify.