Listening from the East at WRUW 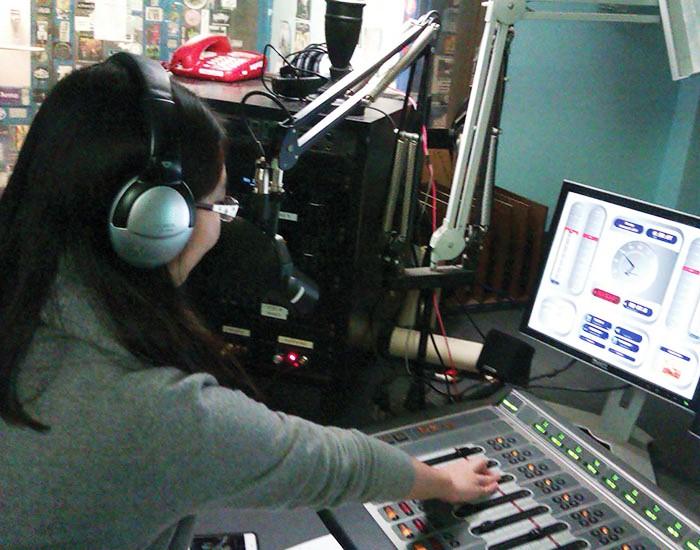 Since 1967, Case Western Reserve University’s campus station, WRUW FM 91.1, has broadcasted an eclectic culture of music. This week, a new show is on the rise, “Toward Eastern Horizon,” featuring music from Asia. From the late 60s to modern and contemporary in East Asia, the show is the first on WRUW 91.1 to play exclusively Asian music.

Queenie Lam, the programmer of the new show, is a first-year international student. Coming from overseas in China, Lam not only brought along a love for music, but her culture as well.

“I started looking for opportunities to work at the radio station way back since I really wanted to work in the studio again. I had a lot of experience in recording studios [for bands], but not for radio stations,” says Lam, who was excited for her first show on air.

Every Monday at 6 a.m., listeners will take a walk to the 1960s in China with the guzheng, a traditional Chinese instrument, streaming along in the background. Or wait just a bit longer, and rock on to Jay Chou’s modern pop music, which consists of traditional Chinese music elements fused with bits of hip-hop, which has made his particular, unique style of music popular throughout Asia.

Lam ties the gaps between the various music eras by discussing the cultural connections and influences behind the pieces. While Asian music isn’t frequently heard on the radio in the States, when asked about any known music from Asia, the only one that would first come to mind would be PSY’s “Gangnam Style.” As you may or may not have noticed, PSY’s type of music does not reflect the true culture and style of Asian music. Most Korean pop songs, as well as some from China or Japan, have been inspired by Western pop music.

“Toward Eastern Horizon” covers a spectrum of music from different eras and various East Asian countries. As Lam explains live on the show, some of the music aired is still famous even decades after its original release.

“The songs have been listened to throughout generations and generations. My grandparents, parents, and I have all been exposed to it,” states Lam.

Teresa Teng, a Taiwanese singer who rose to fame in the late 1960s, gained popularity even in Japan and China, and broke into the Japanese market by performing and recording her songs in Japanese. Even today, you will hear some of her songs playing in the shops of Taiwan and, thanks to Lam, the airways of Cleveland.

Moving a bit further east, Lam puts on “Subaru,” by Shinji Tanimura, a famous Japanese song from the 1980s. The song was well-received and spread over to China, where people like Lam’s parents listened to it.

The show also aired some more contemporary pop songs, such as “Mr. Taxi,” a 21st-century Korean pop song that reflects the generic style of K-pop songs. Even so, there is still widespread excitement about K-pop music nowadays, with the great amount of attention it receives as it touches upon the shores of the Americas and Europe in recent years.

Listening to “Toward Eastern Horizon” not only provides a leisurely outlet for a different flavor in music, but simply cultures of another era and time, as well as place. Lam provides a taste of historic background prior to some of the songs, serving as a mini-cultural lesson about Asia.

“The first time I went down to the radio station, I found out it was an amazing place, just the place I wanted to be,” Lam reminisced.