A brief history of the burned-down Little Italy warehouse 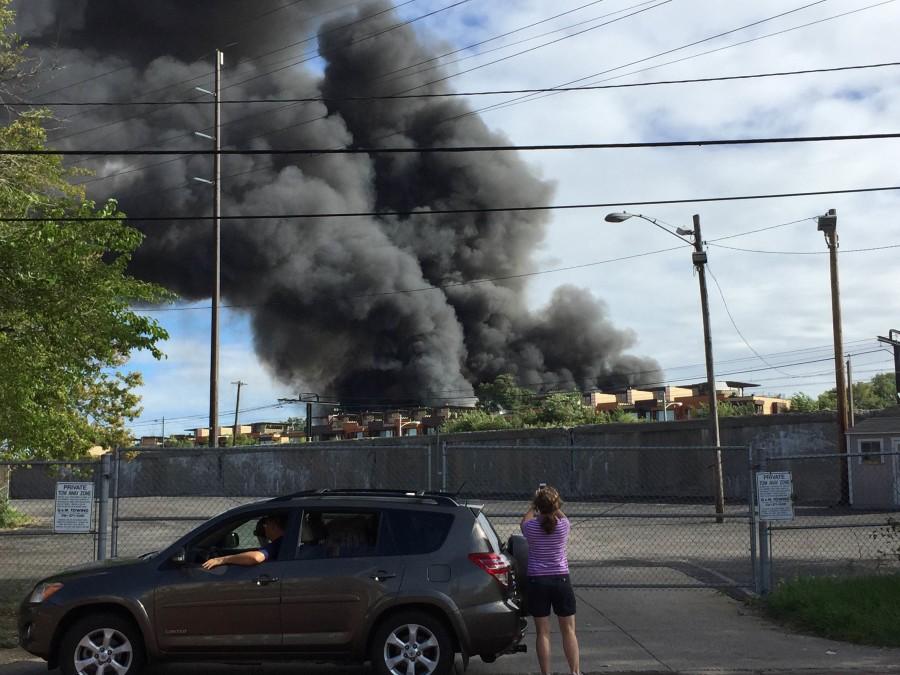 On Sunday, Sept. 27 flames engulfed the abandoned warehouse on East 123rd and Coltman Road. Though the building had been abandoned for years, previously it had served several different purposes. Here is a quick rundown of the building’s diverse history.

The building was originally built with the purpose of a streetcar maintenance shop. The trolleys would be wheeled into the building for regular repairs.

After streetcars were replaced with other forms of transportation, the building served a variety of purposes, including a car repair shop.

Woodhill Supply, Inc., a plumbing, HVAC, tool and PVF company, purchased the building to use as a distribution complex.

The building became a cultish attraction for urban explorers, named the “rubber duck factory” after the hundreds of rubber ducks inside. Additionally, it became a popular location for graffiti artwork.

In Spring 2015, Visconsi Companies Ltd. was interested in purchasing the location and demolishing the remains, using the space to build luxury apartments.

On Sunday, Sept. 27, 2015, the building caught fire and destroyed most of the complex’s remains. The building is set to be demolished in the near future.