Live brain surgery to be performed at University Hospitals 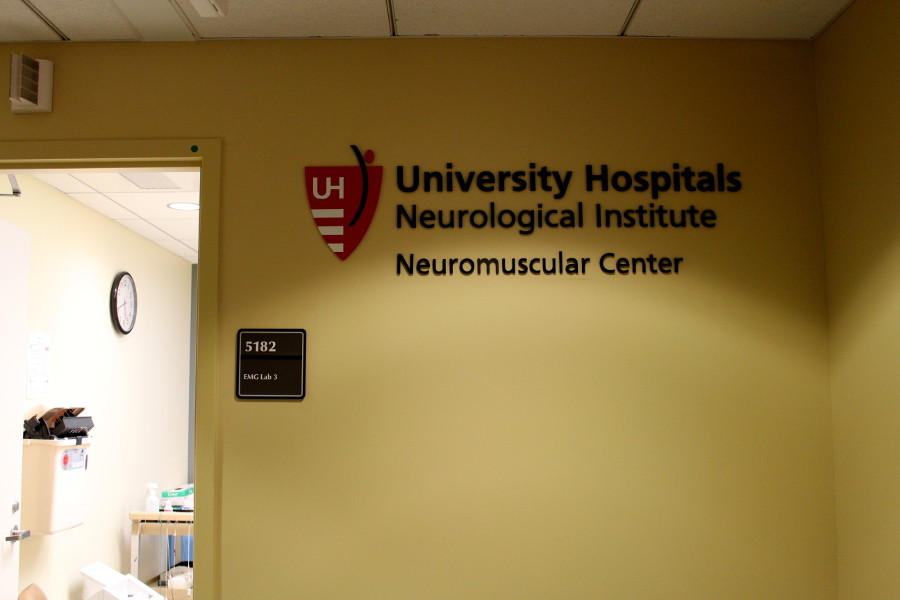 University Hospital's technological capabilities, including FDA-approved implantable stimulator technology, is one of the major reasons it was chosen for this televised surgery.

On Oct. 25, Greg Grindley will be wheeled into a sterile room in University Hospitals (UH), surrounded by doctors, nurses and cameras. He will remain fully conscious as the team of doctors operate on his brain, the cameras capturing every moment of it for broadcast on the National Geographic Channel.

The operation performed will be deep-brain stimulation, a procedure commonly used to treat Parkinson’s Disease. This requires hours of delicate maneuvering and intense focus from neurosurgeons using electrical conductors to stimulate different areas of the brain. It is so sensitive that it has never before been filmed live.

The surgical team will be led by Dr. Jonathan Miller, director at the Center for Functional and Restorative Neurosurgery at University Hospitals.

According to Miller, the benefits of this are many. Chiefly, examining the brain directly as the patient speaks and performs various actions will allow the surgeons to record in real-time the actions of various groups of potentially problematic cells in the brain in relation to each other.

“Cells are constantly interacting with one another in the brain,” said Miller. “But sometimes they can interact in unhealthy ways. When this happens, it’s almost like they are speaking different languages. It’s like trying to travel in Europe directly from Switzerland to Italy without knowing the appropriate languages.”

Such “misunderstandings” between cells are one of the common cognitive symptoms of Parkinson’s.

Besides this, the other main benefit of keeping Grindley conscious during surgery is more obvious: he can tell doctors exactly how he feels, so they know whether they are accessing and stimulating the correct areas of the brain.

Miller says that only local anesthesia will be used in the surgery, and that too only for a short time, until the patient’s skull can be cut to reveal the brain.

“He is a man with Parkinson’s,” Miller said of the patient. “He has had the disease for so long that he doesn’t even remember what it is like not to be sick.”

According to Miller, Grindley and his family are quite excited—both about the fact that the surgery is going to be shown live to the whole world and because of the very high success rate that deep-brain stimulation has had.

“From what I’ve seen when I’ve met patients who have had this surgery, and as I’ve seen the difference that it’s made in their lives I, speaking only as a lay person, come away highly impressed with the results that this surgery produces,” said George Stamatis, senior media relations strategist at UH. “And having worked … to organize this program, I’ve gotten a chance to study up close the work that the surgeons and the neurologists do in the operating room, and I have to say, I am blown away by the skill and expertise and compassion that these medical professionals have.”

Miller says that the unique, high-profile nature of this particular operation does not change much when it comes to his and his team’s approach to performing it.

“Surgery is always a stressful environment,” he said. “The stakes are always very high. Obviously the fact that there’s a camera crew does add a certain level of anxiety. But our first thoughts are always for the patient: that they’re going to have a good outcome, and that we’re doing the right thing in the operating room.”

Although the deep-brain stimulation cannot actually “cure” Parkinson’s altogether, it can treat it so effectively that the symptoms practically disappear.

“We can give [such patients] their lives back, and there’s really nothing more rewarding from a physician’s point of view than that,” Miller said.

“CWRU really has a history particularly with neuromodulation,” said Miller. “And the CWRU engineering capabilities really dwarf every other institution in the country. We are the only university in the world that owns its own FDA-approved implantable stimulator technology. So CWRU is uniquely positioned for this operation.”

Miller is not sure whether this televised surgery will spark a trend or whether it will remain the only of its kind.

“You can only be the first at something once,” he said with a laugh.

Miller attended the CWRU School of Medicine, and he feels that CWRU has a track-record of innovation.

“CWRU is very important in that regard,” Miller said. “There have been a lot of firsts done here.”