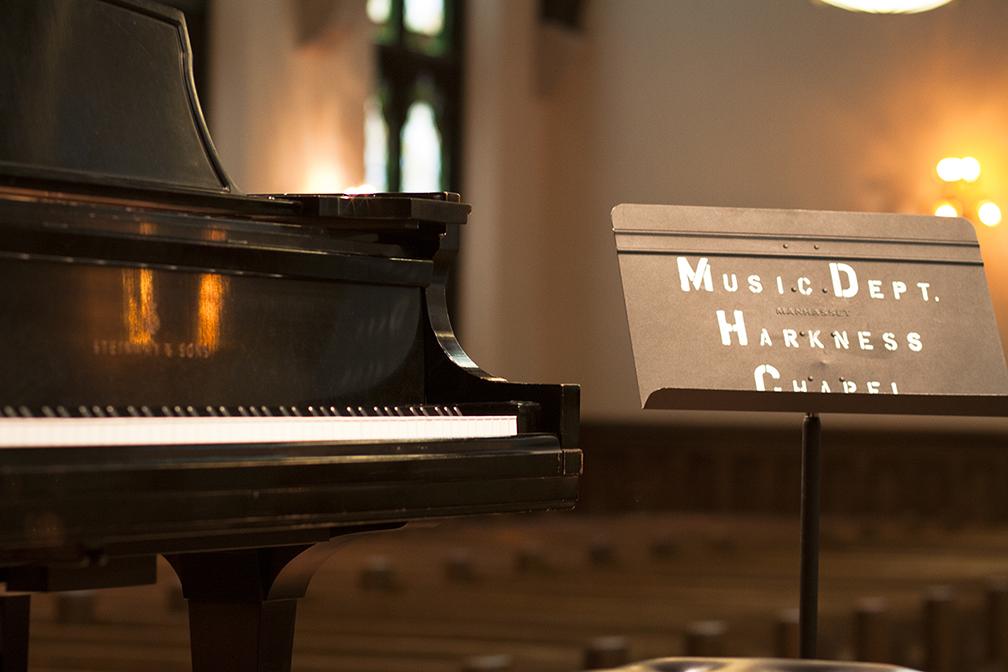 During normal business hours, students and faculty use Harkness Chapel for class and performances. Arts After Dark opens the Chapel’s doors for all students to celebrate the performing arts.

Harkness Chapel, serenely framed by fall foliage, has seen many talented musicians grace its stage. The Cleveland Orchestra has recorded in the space that music department students and faculty usually perform and practice. But all will have the opportunity to play or support Case Western Reserve University talents in the acoustically-pleasing hidden gem of Mather Quad at Arts After Dark.

The Music Undergraduate Student Involvement Committee (M.U.S.I.C.) will host the event, featuring many improvements from years past. Arts After Dark was previously called Music at Midnight and featured musical talent throughout the wee hours of the night. Professor Eric Charnofsky, advisor to the group, said that the previous 24-hour performance structure lent itself to a lull around 4:30 a.m., turning into an improvised jam session rather than a structured course of events. This year, the 9 p.m. to 2 a.m. Saturday night schedule is already full, featuring many student groups and individual performers.

“We want to showcase all performers on campus, especially those who aren’t studying music,” said Anton Spencer, president of M.U.S.I.C. “We want to unearth unseen talent and bring it to the rest of campus.”

As a school that receives international attention for its science and engineering programs, its musical talents are not usually in the spotlight. A night spent relishing in music, theatre, dance and juggling will refocus sights on the often forgotten humanities.

The night-time performance will feature a portion of the cast of Footlighters’ production “Merrily We Roll Along,” Speakeasy songs and many individual performers.

Although the group mainly focuses on appealing to music undergraduate students, they wish to expand their membership base to those outside of the department. All are welcome to perform, attend and become further involved in the organization.

In fact, M.U.S.I.C. hopes to encourage more community involvement through the arts. A Career Day is hosted every spring that features professionals who have either earned a degree in music or have pursued music as a career. The group also organizes a faculty recital, offering a rare opportunity to see professors play their preferred instruments. Other philanthropic and music-oriented opportunities are in the planning stages that would be open for all students.

Arts After Dark will take place on Nov. 9 from 9 p.m.- 3 a.m. Chipotle will be served throughout the event at no cost.